Here is where your skill and learning will culminate. The capstone project is your opportunity to apply the tools from the core curriculum to a real-world business challenge. UCLA Anderson offers a variety of capstone project options to satisfy this requirement.
Applied Management Research (AMR)

In this field study, you’ll work in a team to address a challenge for a client organization. After a deep dive into research, you’ll present key insights and your recommendations.

BCO gives you the chance to work with a team of classmates to launch your own business.

Students who participate in SIF manage a $2 million fund, while visiting leading companies to learn about strategies and philosophies.

ASG is a capstone project that involves a commitment during your first and second years, and gives students focused on consulting a chance to work on and manage a project with classmates.

Students who participate in the NAIOP case competition earn capstone project credit through this six-month assessment of a local property.

The NAIOP SoCal Real Estate Challenge team consisted of Class of 2019 UCLA Anderson MBA students Robert Anthony, Jeff Eigenbrood, Nick Marino
and Ben Morrison, and UCLA School of the Arts and Architecture student Daniel Polk. The annual event, sponsored by the National Association of Industrial and Office Properties (NAIOP), presents a specific real estate case challenge to a team of students at UCLA and USC. In addition to providing a rich learning experience that requires participating students to produce high-quality professional work within a limited time frame, the competition is designed to showcase the talents and creativity of the next generation of real estate professionals.

This year, the NAIOP Challenge involved two undeveloped parcels on 11 acres of land located at the southwest corner of Del Amo Avenue and Newport Avenue in Tustin, California. The city acquired the property in 2007 and it has been vacant since that time. The site is a highly visible infill adjacent to the 55 freeway and near the massive Tustin Legacy, the 1600-acre former Tustin Marine Corps Air Station, which is currently being redeveloped. The site sits in an area of the Pacific Center East Specific Plan, which is a major employment center in Tustin that will continue to grow.

UCLA’s team proposed a project they titled Solana (Spanish for solarium or sunny spot) that was inspired by strawberry farming that had once taken place on the site. Solana is a natural extension of the nearby Tustin Legacy project, which involves the transformation of 16,000 acres of raw land into a massive master-planned commercial and residential community.

UCLA’s Solana consists of two select service hotels (305 keys), 240 multifamily units, 10,000 square feet of retail, 75 units of 80 percent affordable housing and more than 150,000 square feet of community space. “I am enormously proud of our NAIOP Challenge team,” said Tim Kawahara, executive director of the Richard S. Ziman Center for Real Estate at UCLA. “Our students proposed a very thoughtful project that provides both commercial value and community benefits to the City of Tustin.”

In its 21st year, the NAIOP Real Estate Challenge celebrates the rivalry between USC and UCLA and illustrates the robust real estate programs at both universities. The winning team is awarded the Silver Shovel, which is inscribed with all past winners’ names. In addition, a $5,000 contribution is made in the name of the winning school to the Challenge for Charity (C4C), benefiting the Special Olympics.

This year, the case centered on a hold/sell analysis for a recently delivered, eight-story office building in “River Valley” (later revealed to be Austin, TX). The property had been a successful 80-percent leased development for the fund. Teams were given the following options: sell the building immediately; hold on to the property with the existing debt; re-finance the property at a higher leverage point (either 65 or 75 percent LTV instead of the 50 percent LTC loan in place); or sell the property and use the proceeds to pursue another office development in “West Hamilton” (later revealed to be Santa Monica, CA). Student teams were prompted to model the two investments to determine the quantitative benefits of each option, but also to look at the national office market, consider the impact of interest rates on cap rates and determine whether co-working and remote working would impact leasing either of the projects.

The UCLA team recommended holding on to the existing property and refinancing the building at 65 percent LTV. The thought process was, while the base case scenario provided was likely to occur, the team wanted to ensure a comfort level with the investment in a downside scenario, which made the pipeline investment and 75 percent LTV financing options too risky. Conversely, the team suggested that selling the property now or maintaining the 50 percent LTC loan were too conservative given the quality of the property and the strength of the “River Valley” market.

“The UT Austin McCombs School of Business National Real Estate Challenge is among the most prestigious real estate case competitions in the nation, so even to place is a huge accomplishment,” said Tim Kawahara. “The team’s success represents the caliber of students at UCLA Anderson and the strength of our real estate curriculum and programs.”

UCLA Anderson launched the first MBA field study program 54 years ago. The AMR program has worked with over 5,000 clients, including Fortune 500 companies, nonprofits, microfinance institutions and startups. You’ll work with a team of peers on a two-quarter project that will solve an organization’s key business problem, while expanding your professional network and experience working in a new field, and inviting you to explore your career options. The AMR program takes place during fall and winter quarters of the second year. 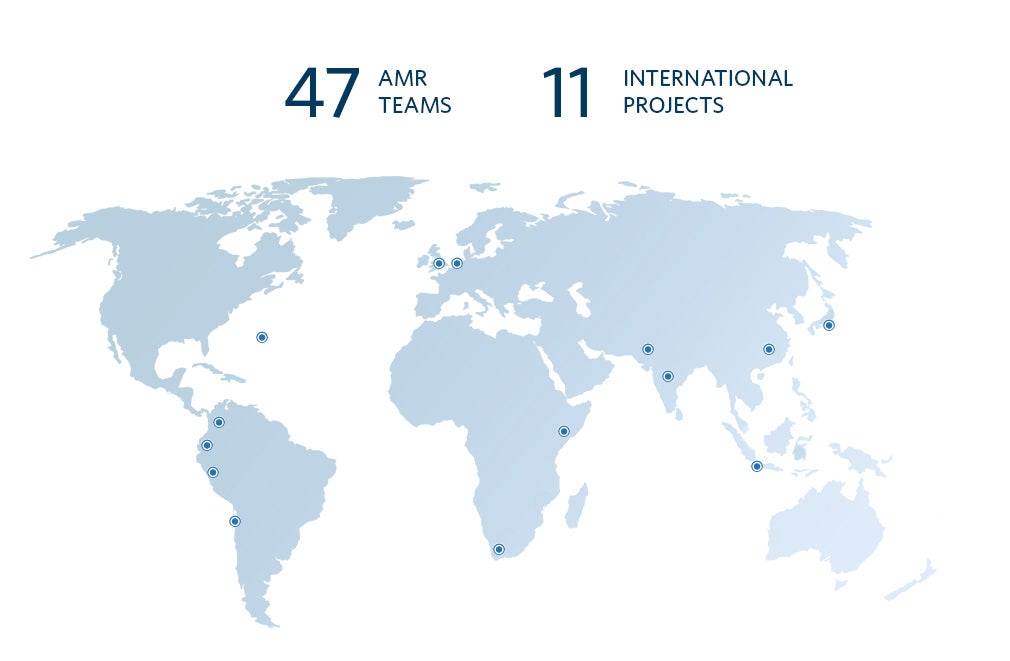 Devising a Marketing Strategy for Customer Acquisition and engagement in Kenya

Read More
Business Creation Option
With BCO, entrepreneurs will launch their companies while still in school. You’ll take two prerequisite courses to prepare your business plans, work with teams made up of fellow students and apply to BCO during your first year. Selected projects will span two academic quarters during the second year (either during fall and winter, or winter and spring). You’ll have the opportunity to formulate strategies for the sales, marketing, operations, finance, accounting and management departments, develop and test hypotheses, and conduct effective research that leads to a strategic business or implementation plan for your startup.
Learn More 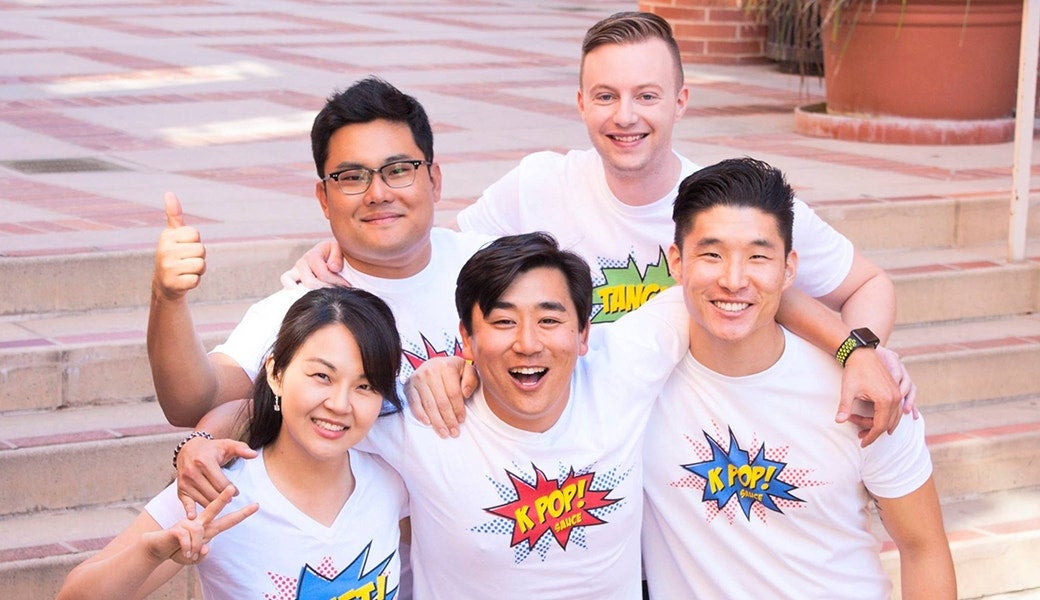 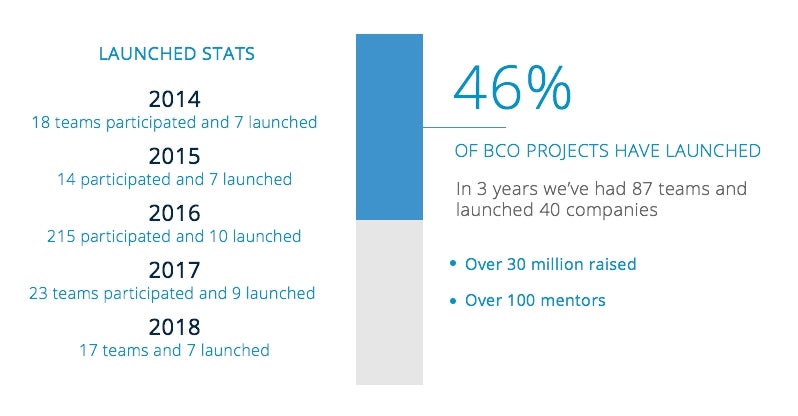 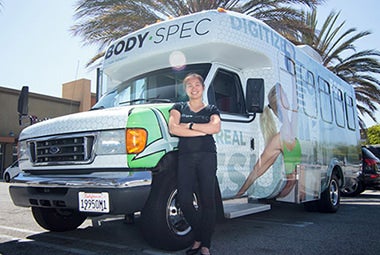 Project Description: BodySpec provides individualized health information to health-conscious individuals. We offer full-body scans utilizing dual-energy x-ray absorptiometry (DXA) scanning technology. These scans provide data about an individual’s muscle mass, body fat and bone density at a more granular, accurate and actionable level than any other body composition technology currently available in the fitness industry. Revenue will primarily be generated through scanning fees from individuals (an average of $90 per scan) and subscription fees from personal trainers to access client data.

Update: BCO project is thriving. They've hit many significant milestones and are enthusiastic about BodySpec and helping out current Anderson students. 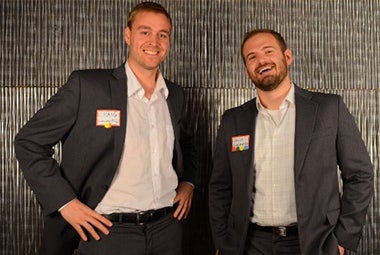 Project Description: To help teachers better understand their students, SmartestK12 transforms all assignments, assessments or classroom interactions into rich student data that allows teachers, parents and school administrators to track each child’s learning in real time and take actions to ensure academic growth. We feel that education is the foundation for human progress, and that each student deserves an education custom built to her or his needs. SmartestK12 aims to unleash the individual and create a sustainable, never-ending supply of future scientists, historians, mathematicians, authors, scholars and creative geniuses.

Update: The company is still up and running, rebranded as Formative for a new application the founders created that is proving very promising. 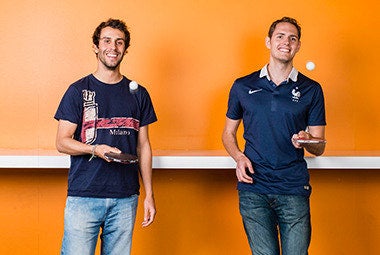 Sportifik is a web- and mobile-based league management platform that engages college students in recreational activities. Adopted by over 25 universities across the country, including UCLA, Stanford and UC Berkeley, Sportifik empowers university recreation programs with the ability to effectively coordinate sports leagues and tournaments and engage students in healthy and active lifestyles.

Project Description: Sportifik is creating a community of athletes and changing the way people participate in sports. We are providing amateur athletes and avid sports fans with the best means to easily organize and manage their sporting activities through a user friendly one-stop-shop mobile and web solution. Our platform will enable users to seamlessly partake in sporting activities in a fun and rewarding way while enabling them to meet members of their local communities who share a passion for the same sports.

Update: Still working on their startup and the project is ongoing in LA. They've raised a seed round, grown their user base and client base significantly. They’re still implementing the pivot they started during BCO and are looking to add another part to their project. 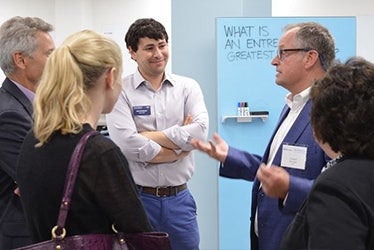 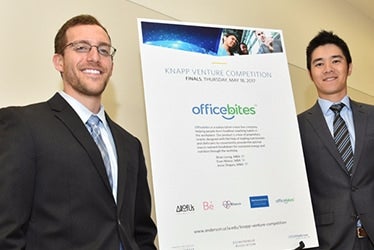 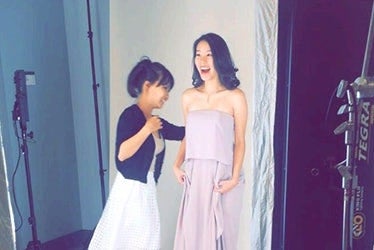 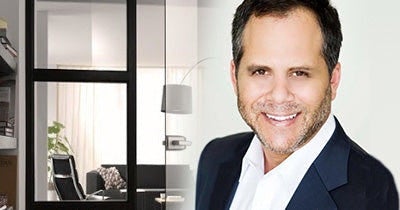 Jeffrey Cohen
“I truly believe that the Anderson BCO program is a fantastic educational tool that gives students a level of real-world experience typically gained only after years of trial and error. It also serves as an opportunity to obtain a realistic head start on a viable business opportunity with the benefit of unparalleled resources.” 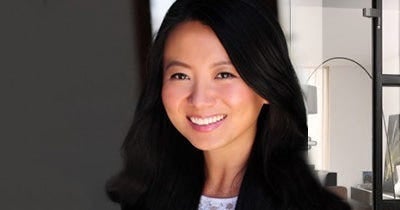 Chang Xu
“We are great supporters of the early-stage tech ecosystem in greater L.A. and I’m always excited to see student startups at UCLA. Our motto: #LongLA.” 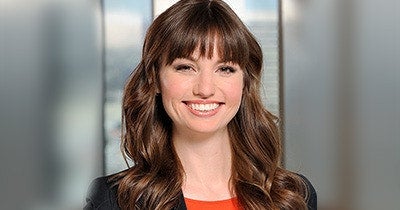