Your Generosity is on the Charts!

Donors to the Ziman Center’s Centennial Campaign are funding innovative global research, changing industry practice, and empowering global futures.
The UCLA Ziman Center for Real Estate launched its capital campaign on February 11, 2015, at the home of Jordan and Christine Kaplan with the overwhelming support of our esteemed Boards, UCLA university leadership, Bruin alums, and a dynamic group of industry leaders and friends.

We have much to be proud of at the UCLA Ziman Center, and the support of committed and talented colleagues make it all possible. With your continued influence, together we will create a lasting legacy of excellence and innovation in real estate research, education, policy, professional practice, and community outreach for generations to come. 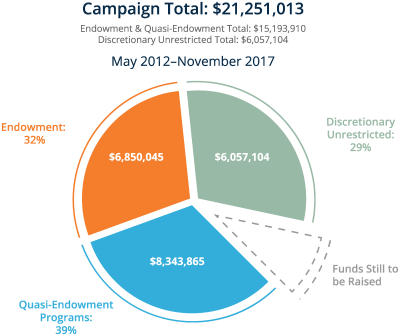 Enrich the Center's contribution to society by: 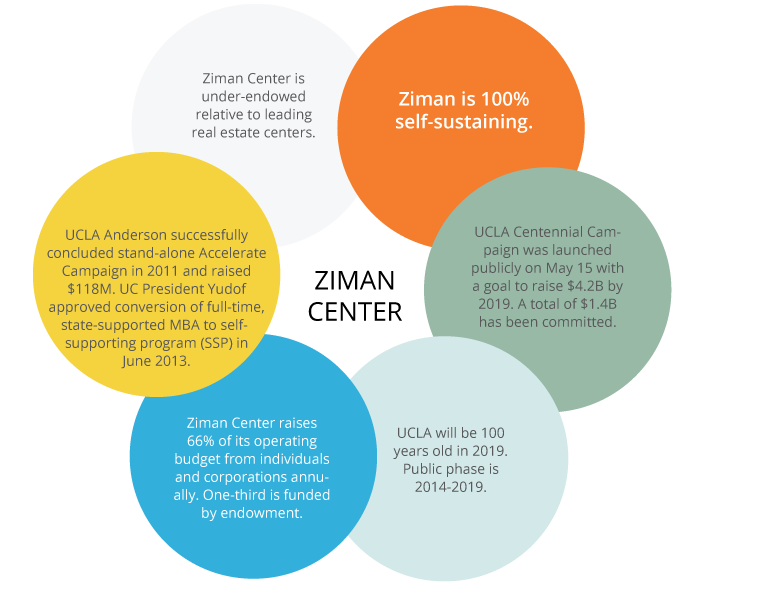 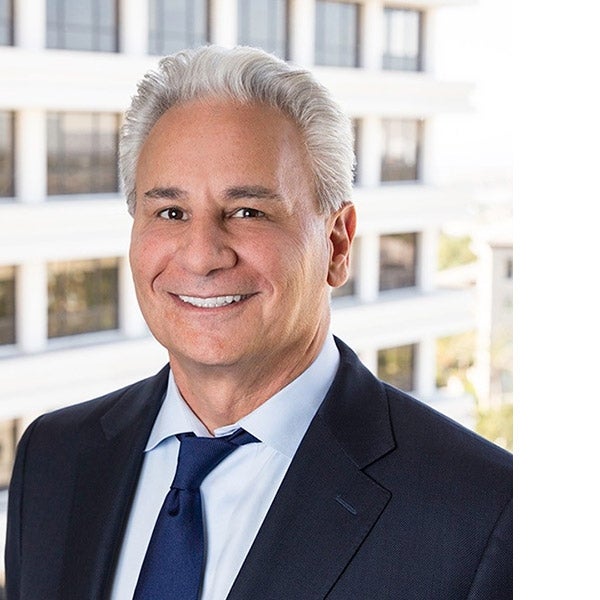 After a storied 35-year career in Big Law as one of America's prominent capital markets lawyers, Lew Feldman founded Heritage Capital Ventures LLC in 2015 to invest in technologies that result in greater investment returns and broader capital access with lower costs and greater efficiencies. Lew specifically targeted real estate technology companies and established Heritage CRETech Ventures in 2020 to raise and deploy capital specifically for property technologies. Lew has raised more than $100 billion in debt and equity in the real estate and financial technology arenas.

Mr. Feldman consistently ranks among America's leading real estate attorneys in Chambers USA: America's Leading Lawyers for Business, Best Lawyers in America which cites, "There is no more responsive, client-oriented lawyer than Lew Feldman," Lawdragon's "Top 500 Lawyers in America," The Legal 500 US, and is individually rated "AV®-PreeminentTM" by Martindale-Hubbell. California's legal newspaper, The Daily Journal, recognizes Mr. Feldman as among the "Top 100 Lawyers in California" and as one of "California's Top Real Estate Transactional Lawyers." Most recently, Mr. Feldman was included in the Daily Journal's "Top 50 Development Lawyers."

Mr. Feldman received his Juris Doctorate from the University of California at Davis in 1982 and was Executive Editor of the UC Davis Law Review. He completed his undergraduate education at the University of California at Santa Cruz in 1978, where he received bachelor's degrees with highest honors in Economics and Environmental Planning. Before law school, Mr. Feldman served as an economist on energy and healthcare legislation to President Carter's Administration in Washington, D.C.

Along with hundreds of real estate industry speaking engagements, Lew has numerous media appearances to his credit on ABC, CNBC, CBS, Bloomberg Television, Fox, Sirius, and various industry podcasts. His ideas and opinions have also been featured in national, regional and trade publications, including Barron's, Bloomberg Business, The Los Angeles Times, The New York Times, The Wall Street Journal, Fortune and Forbes. 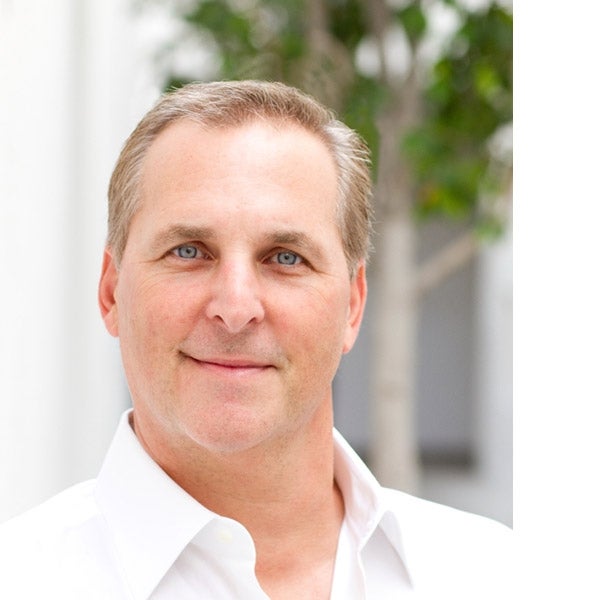 Prior to the formation of HPP, Mr. Coleman co-founded and led Arden Realty, Inc. as its President and Chief Operating Officer and as a director, taking the company public on the NYSE in 1996 and selling it to GE Real Estate, a division of General Electric Capital Corporation, in 2006 for over $5 billion. Mr. Coleman is an active community leader, and is on the Founding Board of Directors for the Ziman Center for Real Estate at the Anderson School, UCLA, and the Boards of Ronald Reagan Medical Center at UCLA, Fisher Center for Real Estate & Urban Economics, Los Angeles Sports & Entertainment Commission and the Los Angeles Chapter of WPO. Mr. Coleman's previous experience as a director also includes service on the board of other public companies such as Douglas Emmett, Inc., and he currently serves as a trustee on the board of Kite Realty Group.

Mr. Coleman holds a Master of Business Administration degree from Golden Gate University and a Bachelor of Arts from the University of California, Berkeley. 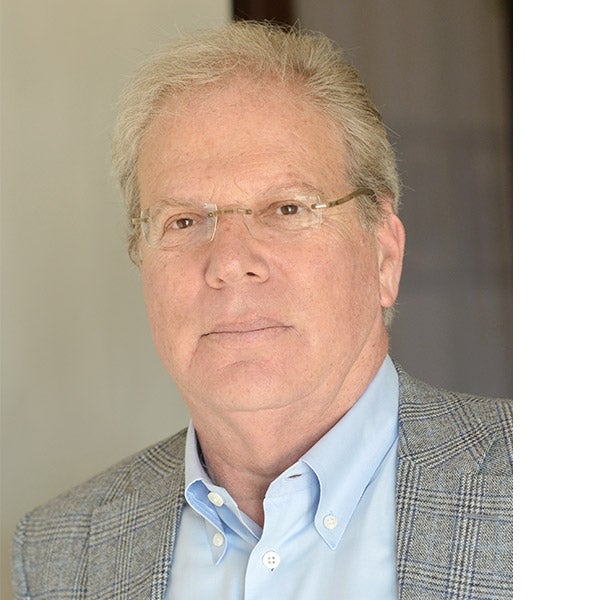 Mr. Gordon has been a principal owner of Domino Realty Management Company for over thirty years during which time he has been actively involved in the acquisition, development and management of over $1 Billion Dollars worth of California real estate consisting of commercial, residential and industrial properties.

Prior to 1970, Mr. Gordon attended the University of California, Los Angeles as an economics major.

Mr. Gordon has been actively involved in community activities, and has been a member of the Real Estate Board, the Board of Governors at Cedars-Sinai Hospital, a director of the Grand Foundation, a member of the American Conference of Christians and Jews, and created the non-profit Public Education Program (PEP).   He served  on the Finance Committee Board at Cedars-Sinai Medical Center and is a member of the UCLA Health Systems Board.  He has served as the Vice Chairman of the United Jewish Federation and has been honored by the American Jewish Committee.  Mr. Gordon has also been a guest lecturer at universities and professional seminars. 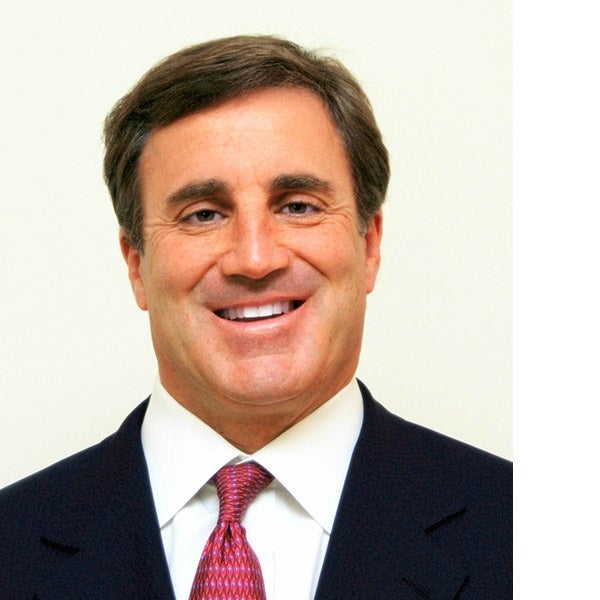 Mr. Kaplan is the Chief Executive Officer and President of Douglas Emmett, Inc. (DEI). He is also a member of the Board of Directors of DEI. Douglas Emmett is a fully integrated public REIT traded on the New York Stock Exchange. He joined DEI's predecessor company, Douglas, Emmett and Company in 1986 and co-founded Douglas Emmett Realty Advisors in 1991, which grew during the 1990's into a large manager of institutional real estate funds.

A native of Los Angeles, Mr. Kaplan received his bachelor's degree from the University of California in Santa Barbara and his MBA from the Anderson School at UCLA in 1986. He lives in Pacific Palisades, California with his wife, Christine and their three children. 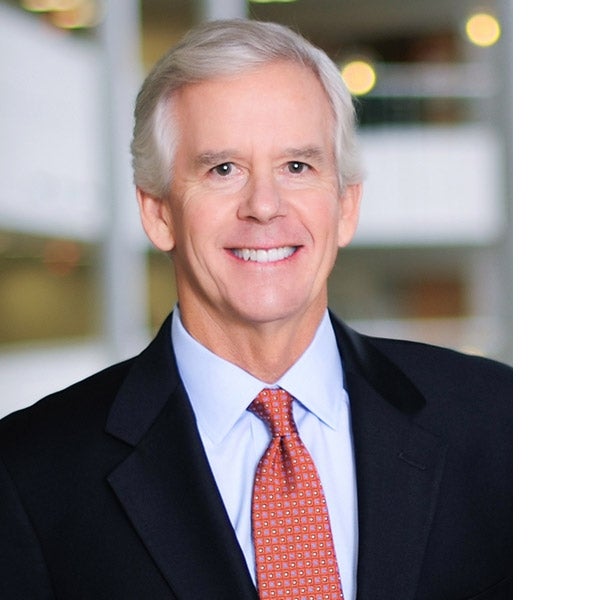 Steve Layton is a Principal and Co-Founder of LBA Realty and has over 30+ years of real estate experience. Mr. Layton spends a portion of his time coordinating LBA's corporate program and meeting with LBA's corporate customers to discuss their leasing and disposition activities. He currently oversees due diligence for all of LBA's acquisition, financing and disposition activities.

Prior to forming LBA, Mr. Layton was Senior Vice President of the Southern California Division of The Koll Company, where he oversaw and coordinated the development of four million square feet of office and mixed-use projects in Orange and San Diego counties.

Mr. Layton holds a B.A. degree in Economics and Sociology from the University of California, Los Angeles and is a licensed real estate broker. He is also a Founding Board Member of the UCLA Ziman Center for Real Estate, a former board member of the National Association of Industrial and Office Properties and a member of the Urban Land Institute. 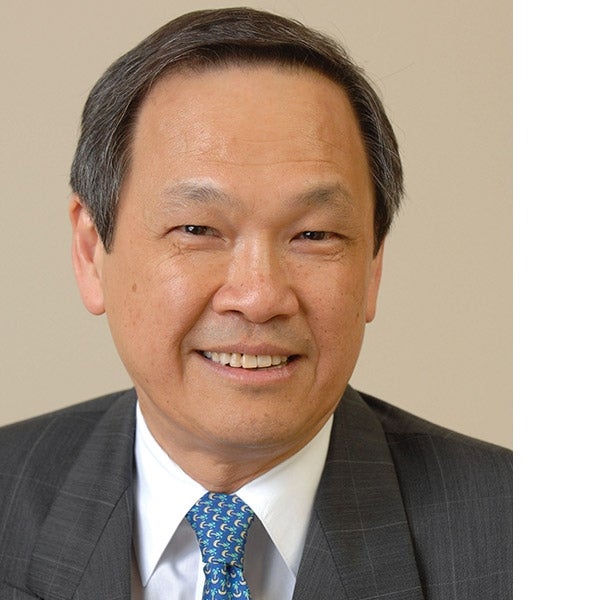 John S. Long is widely acknowledged as one of the industry leaders in real estate investment today. He founded Highridge Partnersin 1978 on a platform of fundamental investment principles, underscored by "KNOWLEDGE EQUALS STRENGTH®", which have formed the company's investment approach and made Mr. Long's views a bellwether for the real estate industry.  Mr. Long relies on a disciplined, analytical approach to invest in undervalued and often contrarian opportunities. Through independent but related operating companies, Highridge is able to implement value-added programs, and to divest profitably at stabilized market prices. Mr. Long's strategies have enabled Highridge to navigate through multiple real estate cycles and to record an extraordinary performance - across an investment portfolio of more than $9.5 billion with average annual returns in excess of 20% on equity over three decades.

Under Mr. Long's leadership, Highridge has successfully invested in all product types including office, industrial, self-storage, retail, entertainment, hotels, apartments, condominiums, single family homes and mixed use projects. Highridge's reach is global with on the ground investment expertise in Europe as well as the United States. Highridge and its team of veteran executives which head the affiliated operating companies are experienced and equipped to take advantage of the vast array of real estate related opportunities, including acquisition, development, redevelopment, financing and direct investments in private operating companies. In 2010, Highridge expanded into the affordable housing marketplace by establishing Highridge Costa Housing Partners with a portfolio of 26,000 multi-family rental units throughout the U.S. Mr. Long is also the co-founder, along with Oscar De La Hoya, of Golden Boy Partners, an investment company focused on Latino related real estate opportunities.

Working in an industry that is resistant to change, Mr. Long has sought to encourage the intellectual power of academics to pursue research and industry initiatives that would lead to redefining the role of real estate in the 21st century. To further this effort, Mr. Long established the Ziman Center for Real Estate at UCLA in 2000, and serves as its Founding Chairman. In 2010 Mr. Long expanded his focus onto global business relations, research, and education by founding the Long U.S.-China Institute for Business and Law at UCI. This institute will be anchored by bi-lateral relationships between the University of California schools and the leading universities in China to study, teach, and provide relevant industry research and tools for bridging Sino-American business relations.

Mr. Long's career started with international homebuilder KB Home. He received a Bachelor of Arts degree in Economics from UCLA and a Master of Business Administration degree from Harvard Business School. Mr. Long currently serves on the Board of Governors at the UCLA Foundation, the Board of Visitors for the UCLA Anderson School of Management, and the Advisory Board of the Asia Society of Southern California. Mr. Long is also a member of the Committee of 100, a non-partisan organization dedicated to issues concerning Asian Americans and U.S.-China relations. 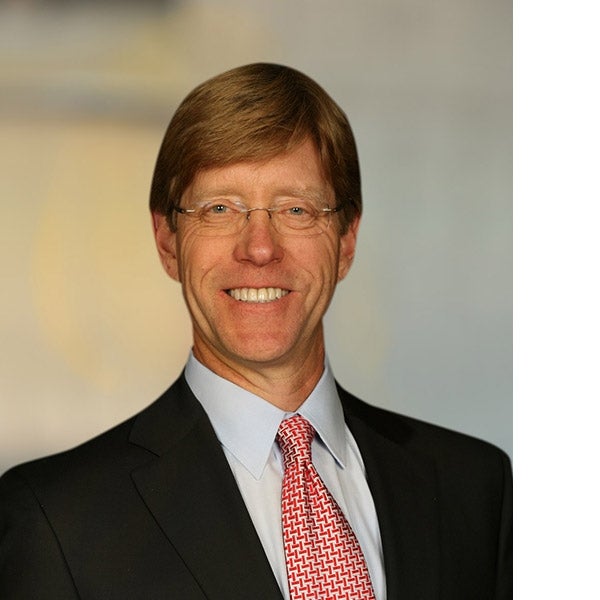 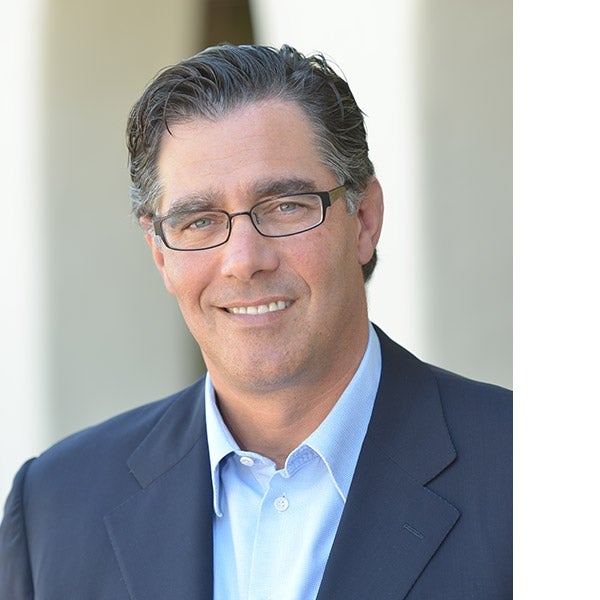 Jeffrey Worthe is the president of Worthe Real Estate Group. Mr. Worthe was formerly the principal of M. David Paul Ventures and co-founder of Centurion Real Estate Partners. The firm's main focus was the acquisition and development of Class A office projects in California.

Mr. Worthe is a graduate of the University of California in Santa Barbara. He is active with many charities here in Los Angeles, including Children's Hospital of Los Angeles where he is a member of the Board of Trustees. 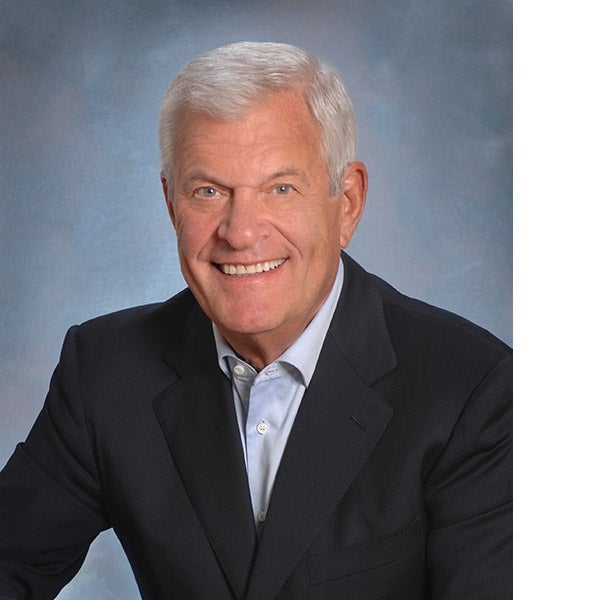 Richard S. Ziman serves as Rexford Industrial's Chairman and has been on Rexford's Board of Directors since July 2013. Mr. Ziman has served as the Co-Founder, Chairman and Director of Rexford's predecessor business since its inception in December 2001. Mr. Ziman's industrial real estate experience comprises over forty years of industrial real estate investment experience overseeing his personal, family and foundation-related investments in Southern California as well as having co-founded and served as Chairman of the management companies that we will acquire as part of the formation transactions.

Richard Ziman's overall commercial real estate experience also includes his role as the founding Chairman and CEO of Arden Realty, Inc., a real estate investment firm focused on the commercial office real estate markets in infill Southern California. Mr. Ziman served as Arden's Chairman of the Board and CEO from its inception in 1990 until its sale in mid-2006 to General Electric Co. in a $4.8 billion transaction involving Arden's portfolio of twenty million square feet in more than 200 office buildings. Arden was publicly traded on the NYSE under the symbol "ARI."

In 2001, Mr. Ziman established and endowed the Richard S. Ziman Center for Real Estate at the Anderson Graduate School of Management at the University of California at Los Angeles. Mr. Ziman also serves on the boards of directors of The Rosalinde and Arthur Gilbert Foundation and The Gilbert Collection Trust. Mr. Ziman has held many significant leadership positions in the cultural, educational and social services life of Southern California.

Mr. Ziman received his Bachelor's Degree and his Juris Doctor Degree from the University of Southern California and practiced law as a partner of the law firm Loeb & Loeb from 1971 to 1980, specializing in transactional and financial aspects of real estate.

Richard has established and endowed the Richard S. Ziman Center for Real Estate at UCLA (inclusive of both its School of Business and School of Law), the Ziman Family Outpatient Oncology Center at the City of Hope National Medical Center, the Ziman Family wing at the Rothberg International School at the Hebrew University of Jerusalem, the Alzheimer 96-bed facility at the LA Jewish Home for the Aging and, in memory of his father, the Charles Ziman examination facilities at the UCLA Arthur Ash Student Health Center.