UCLA Anderson Forecast Board of Advisors

Since its founding in 1952, the UCLA Anderson Forecast has provided insight to decision makers in business, academia, and government. The Forecast has distinguished itself as the leading, independent economic forecast for greater Los Angeles, the state of California, and the United States. The Board of Advisors will advance the teaching mission of the Forecast and play an important role with the overall strategic growth of the center. It will serve as a sounding board for the Forecast economists and leadership associated with centers based at the UCLA Anderson School of Management while enabling members of this Board opportunities to network with other respected business leaders. 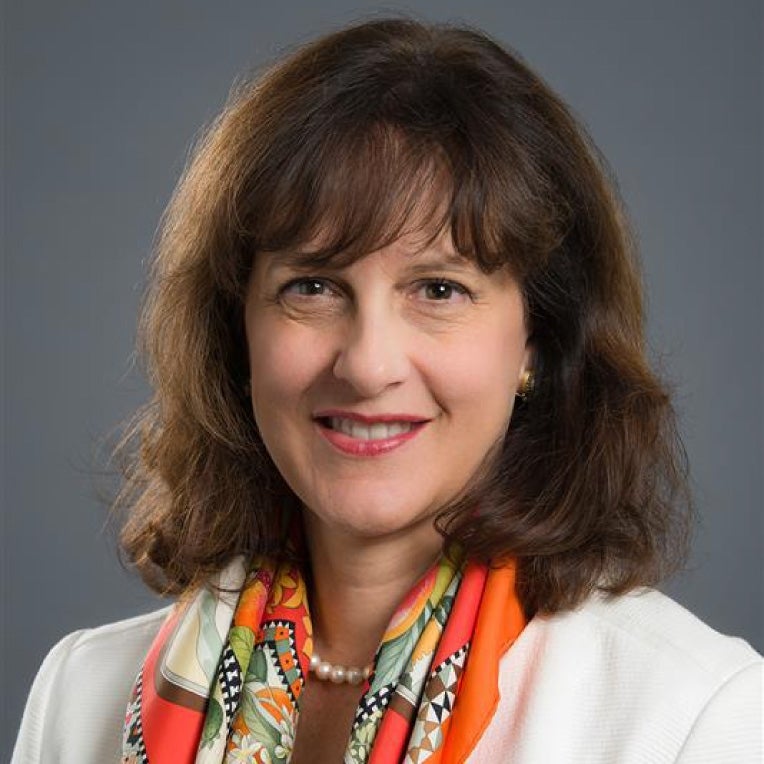 Stephanie Bontemps serves as First Republic Bank’s Chief Risk Officer and is responsible for maintaining a robust enterprise risk management program that supports the strategic goals of the Bank and builds upon its longstanding conservative risk culture and client service focused business model. At First Republic, she previously served as an Executive Loan Committee Member and Director of Credit Administration.

Prior to joining First Republic, Stephanie worked for Citibank in corporate and investment banking in New York and San Francisco where she held global leadership positions in both relationship management and credit risk management.

Stephanie serves as a Board member for Hope Solutions, a Bay Area non-profit that provides permanent supportive housing and support services to highly vulnerable families and individuals. She is also a member of Financial Women of San Francisco and Chief.

Stephanie graduated from the Anderson School at UCLA (MBA) and UCLA (BA, Economics). 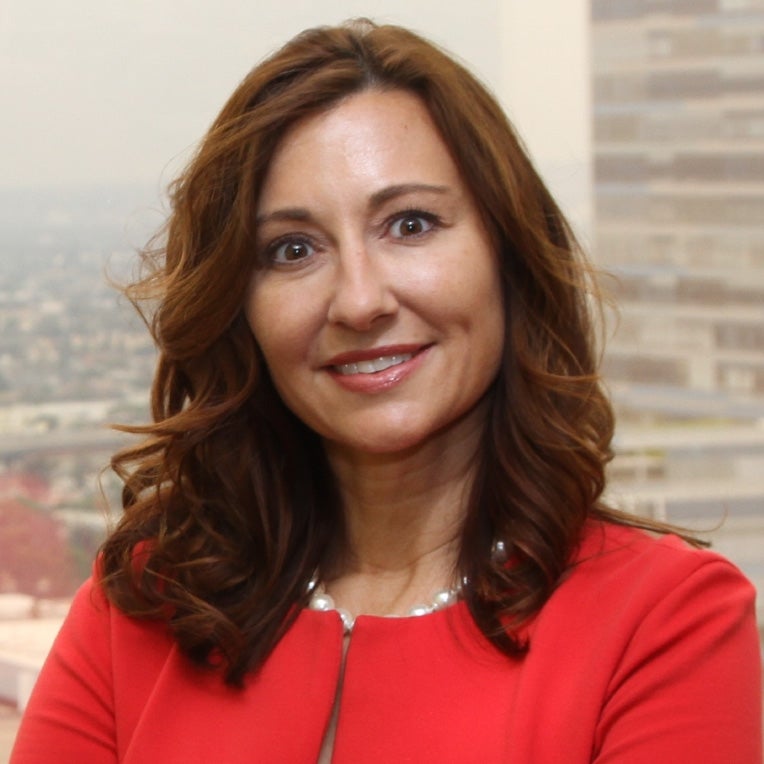 Brandi Britton is the District President for Robert Half, the world's first and largest specialized talent solutions firm. Brandi oversees operations and business development for the company’s contract, temporary and permanent placement for the finance and accounting, administrative and customer support practices throughout greater Los Angeles area.

Brandi joined Robert Half International in 1999 and has served as an invaluable source and staffing and consulting expert for national and regional media outlets including CBS, Wall Street Journal, Los Angeles Times, Los Angeles Business Journal, among others. Brandi graduated from California Polytechnic State University with a Bachelor of Science degree in Social Sciences.

Brandi actively leads her teams to give back to the communities in which they live and work through a variety of initiatives, including an annual suit drive for Dress for Success and similar non-profits, during which time the company collects donations for low-income women looking to enter – or re-enter – the employment market. Brandi also oversees an annual holiday toy drive benefitting local non-profits, for which she collects gifts for local at-risk youth. 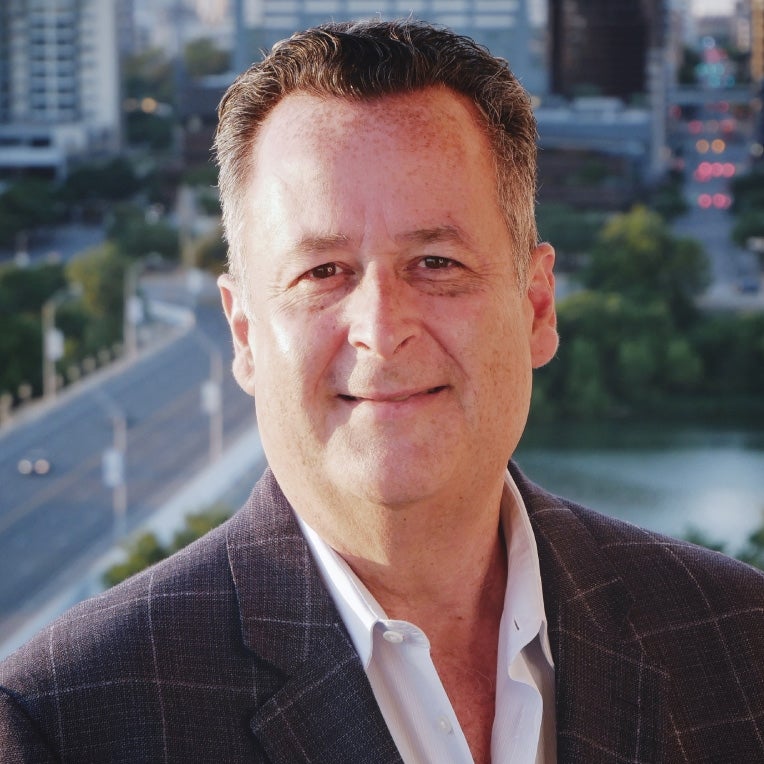 Joe Brusuelas, an award-winning economist, has more than 20 years’ experience analyzing U.S. monetary policy, labor markets, fiscal policy, international finance, economic indicators and the condition of the U.S. consumer. A member of the Wall Street Journal’s forecasting panel, Brusuelas regularly briefs members of Congress and other senior officials regarding the impacts of federal policy on the factors by which executives make business decisions.

He also frequently offers his insights on the U.S., Canadian and global economies in the financial media, including CNBC, Cheddar, NPR’s Marketplace, Yahoo! Finance, Financial Times, The New York Times, Wall Street Journal, Washington Post, Axios and Politico. (Recent broadcast coverage and other media commentary can be found here.) In 2020, he was named one of the 100 most influential economists by Richtopia.

Before joining RSM in 2014, Brusuelas spent four years as a senior economist at Bloomberg L.P. and the Bloomberg Briefs newsletter group, where he co-founded the award-winning Bloomberg Economic Brief. Earlier in his career, he was a director at Moody's Analytics covering the U.S. and global economies for the Dismal Scientist website. He also served as chief economist at Merk Investments L.L.C. and chief U.S. economist at IDEAglobal.

Brusuelas completed all economy and public policy dissertation requirements for his Ph.D. at the University of Southern California. 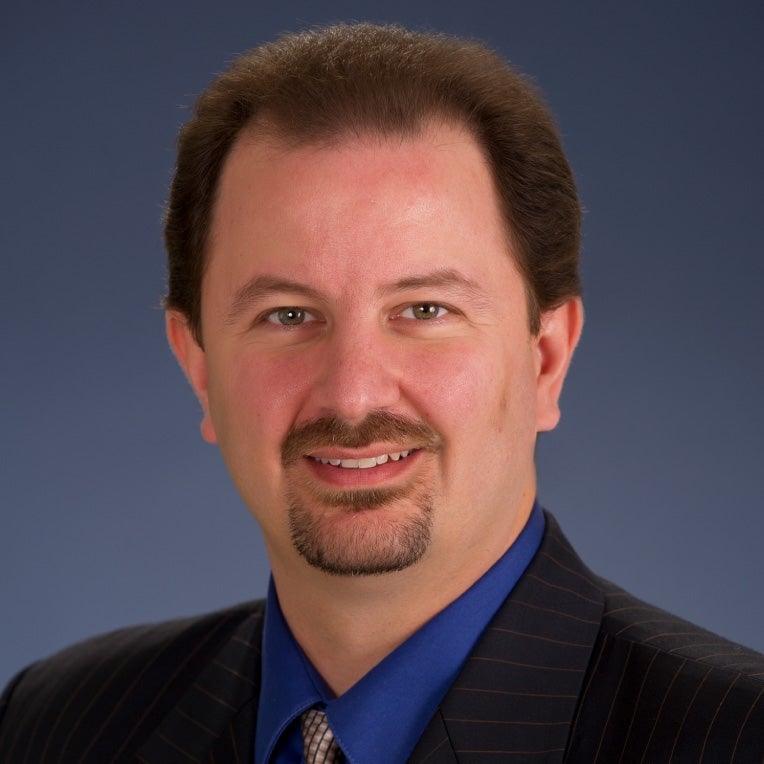 John Coscia has been with City National Bank since 2000.  He is responsible for managing and coordinating all market transaction activities within City National’s Treasury Department.  This includes the strategic direction and oversight of the Bank’s fixed income portfolio, daily cash position, off-balance sheet hedging, wholesale borrowings, and Loan Pricing Desk.  It also includes the management of the Bank's debt, capital, derivatives, and balance sheet position.

John has an MBA from USC’s Marshall School of Business and a BS in Probability & Statistics from the University of California at Santa Barbara. 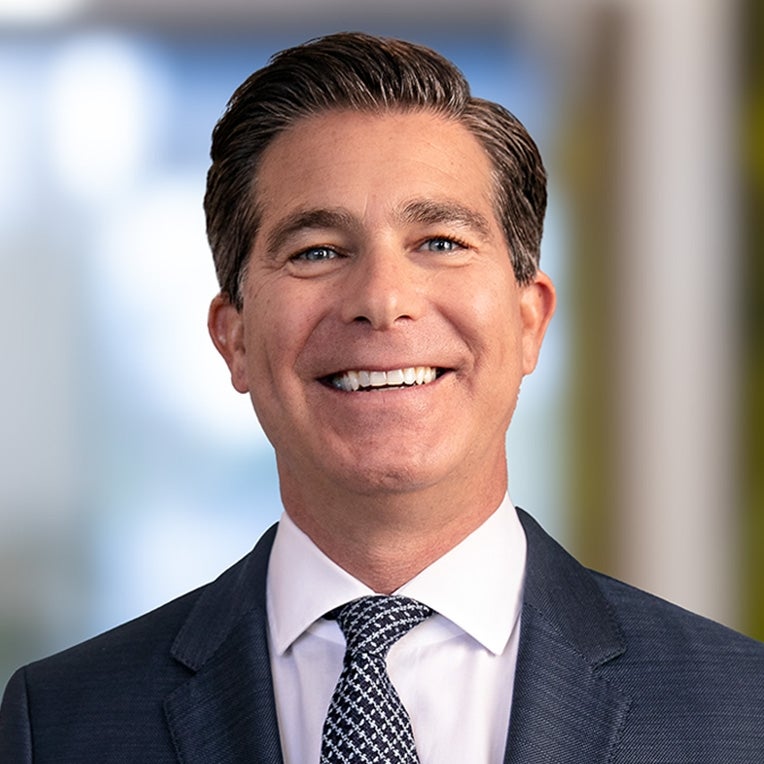 Ross Gerber is the Co-Founder, President, and CEO of Gerber Kawasaki Wealth and Investment Management. Ross oversees Gerber Kawasaki's corporate and investment management operations as well as serves individual clients. Ross has become one of the most influential investors on social and traditional media. His investment ideas and advice have made him a regular in global business news as well on many of the most popular podcasts. He is a regular on Bloomberg, Reuters, Fox Business, Yahoo Finance, CNN, CNBC as well as a contributing writer for Forbes.com. He has appeared on many of the most popular podcasts including HyperChange TV, The Dave Portnoy Show, Meet Kevin on YouTube, The Pomp Podcast, and more.

Ross and the Gerber Kawasaki team oversee $2.1 billion of investments as of 10/21/21 focused on technology, electric vehicles, consumer, media, and entertainment companies for clients and the firm. Gerber Kawasaki is a leader in Fintech innovation leveraging technology and social media to work with a large diverse client base providing financial advice in scale. GK has grown to over 8000 clients and was listed as one of the fastest-growing companies in Los Angeles according to the LABJ. GK received several Diversity and Inclusion Awards within the financial industry and prides itself in representing the community.

GK is a leader in providing investment advice for the younger generation through its Wealth Building & Get Invested programs and the first major RIA to partner with Gemini and begin offering Digital Assets to clients. Ross is an expert in online marketing and social media as well as a co-developer of the company’s app for IOS, my-moneypage.

Ross received his BA in Communications from the Annenberg School at the University of Pennsylvania concentrating in Business Law at the Wharton School of Business, graduating class of 1993. Ross also received a second concentration in Classical Music Studies at the University of Pennsylvania and attended the Grove School of Music. He was born and raised in Los Angeles, CA, and attended Brentwood High School with the graduating class of 1989. 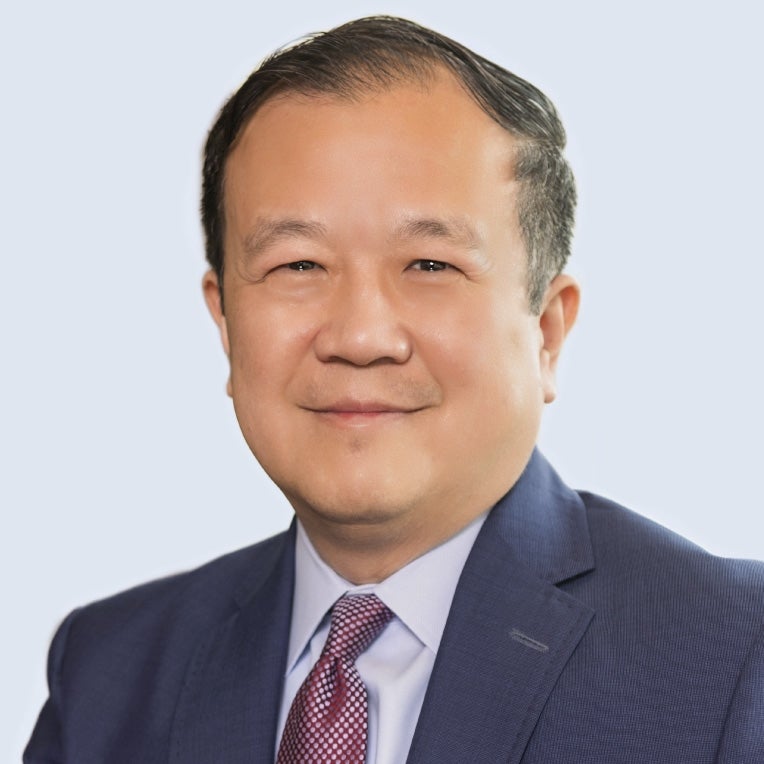 Chang joined Cathay Bank in 2014 and, prior to assuming the position of President and Chief Executive Officer in 2020, was responsible for, among other things, managing and overseeing all commercial and real estate lending, business development, and various operations.

Prior to his current role at Cathay Bank, Chang was the Executive Vice President and Chief Lending Officer at Banc of California (formerly known as “Pacific Trust Bank”) and under his leadership, increased the commercial real estate loan portfolio by $400 million in three years and the bank grew from $875 million to $3 billion in asset size.  Chang received a Bachelor of Arts in Economics degree at UCLA and has more than 31 years of banking experience.

Aside from his business pursuits, Chang is a Board member of the Foothill Family, which provides comprehensive mental health care, early childhood development programs, and social services throughout the Greater Los Angeles region. 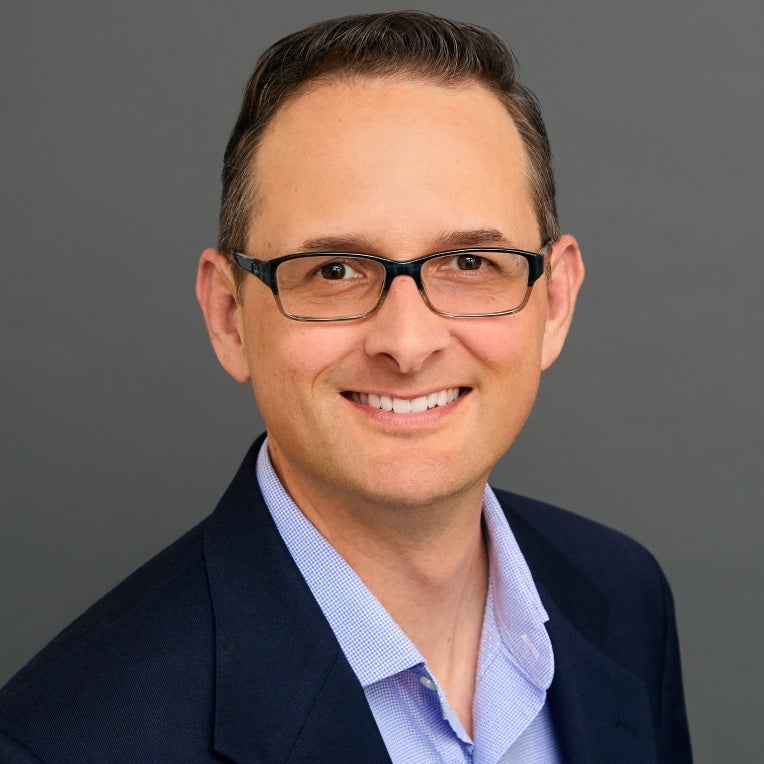 Brian Saenger is the President and Chief Executive Officer of The Ratkovich Company, a Los Angeles-based real estate development company specializing in urban infill and historic rehabilitation of landmark properties. He previously served as the Company’s Chief Operating Officer and General Counsel and was responsible for overseeing the Company’s operations, including development management, property management, and legal and administrative functions. In 2021, Brian was named to the Los Angeles Business Journal’s list of 500 Most Influential People in Los Angeles.

Brian serves on the Los Angeles Area Chamber of Commerce’s “The CEO Council,” an advisory group of top business leaders focused on ensuring affordable housing for middle-income families and building a workforce that is prepared for the good-paying jobs of the future. He is also a member of the Urban Land Institute (ULI) and serves on the Urban Development and Mixed-Use Council. ULI is the oldest and largest network of cross-disciplinary real estate and land use experts in the world. Additionally, Brian is a member of the Board of Directors for the San Gabriel Valley Economic Partnership. He has previously served on the Board of Directors for the California YMCA Youth & Government program and was a past Chair of the Board.

Brian joined The Ratkovich Company as the Vice President of Acquisitions and played a leading role in the Company’s acquisition of The Bloc, a 1.8 million square foot, mixed-use property in downtown Los Angeles consisting of retail, office and hospitality uses. He also represented the Company in the successful negotiation of a 66-year ground lease for the development of West Harbor (formerly known as the San Pedro Public Market), a $150 million transformation of a 42-acre site along the Los Angeles waterfront in San Pedro. In August 2021, West Harbor was featured in the Los Angeles Times for landing seven high-profile restaurant and entertainment leases during the pandemic.

Prior to joining the Company, Brian served as the Company’s outside counsel when he practiced with the international law firms of DLA Piper LLP (US) and Pillsbury Winthrop Shaw Pittman. 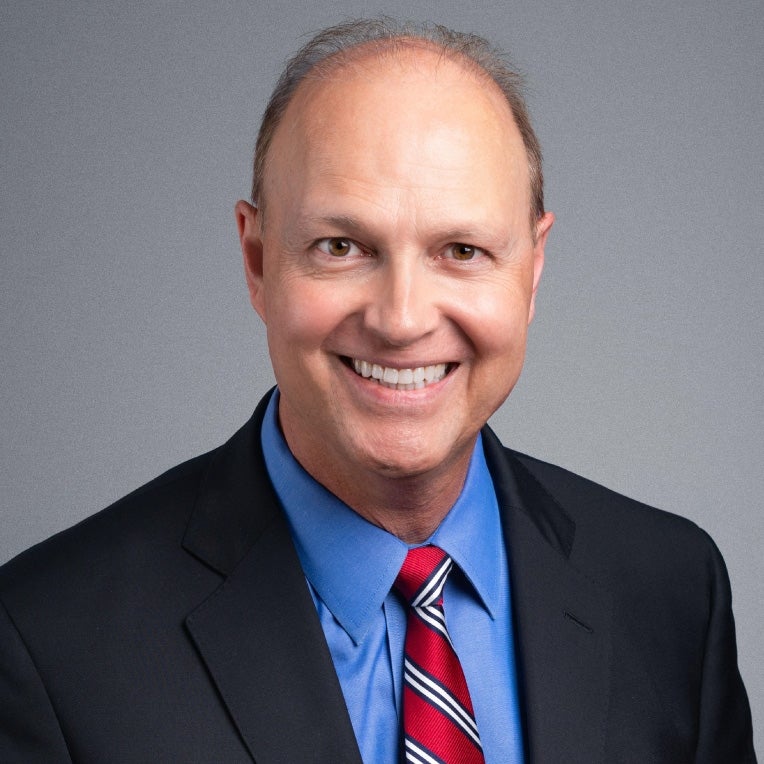 John Tipton, a partner in the Century City office and immediate past Chair of Allen Matkins’ real estate department, is one of the top real estate attorneys in California with respect to acquisitions and dispositions, leasing, and asset management. John represents his clients in actively buying, financing, developing, leasing and selling office centers, shopping centers, mixed use projects, studios, hotels and multi-family projects throughout the United States. He also has extensive experience in representing owners, operators, and partners in all types of development, construction, management, and operating agreements.

John is a founder and lead attorney in the ongoing partnership producing the Allen Matkins/UCLA Anderson Forecast Commercial Real Estate Survey, a twice-annual survey involving the top commercial real estate owners, investors, and developers in California and provides a three-year economic outlook on a range of asset classes and geographical regions throughout the state. A frequent public speaker, John co-authored the chapter on Construction Agreements in the second edition of the California Continuing Education of the Bar Commercial Project Practice Guide, the legal education reference book on project management for California attorneys. John is a member of the Los Angeles County Bar Association, the Urban Land Institute and served as Chair of the Board of Junior Achievement of Southern California (2019-2021), a non-profit dedicated to teaching financial literacy, work readiness and entrepreneurship to Southern California youths. 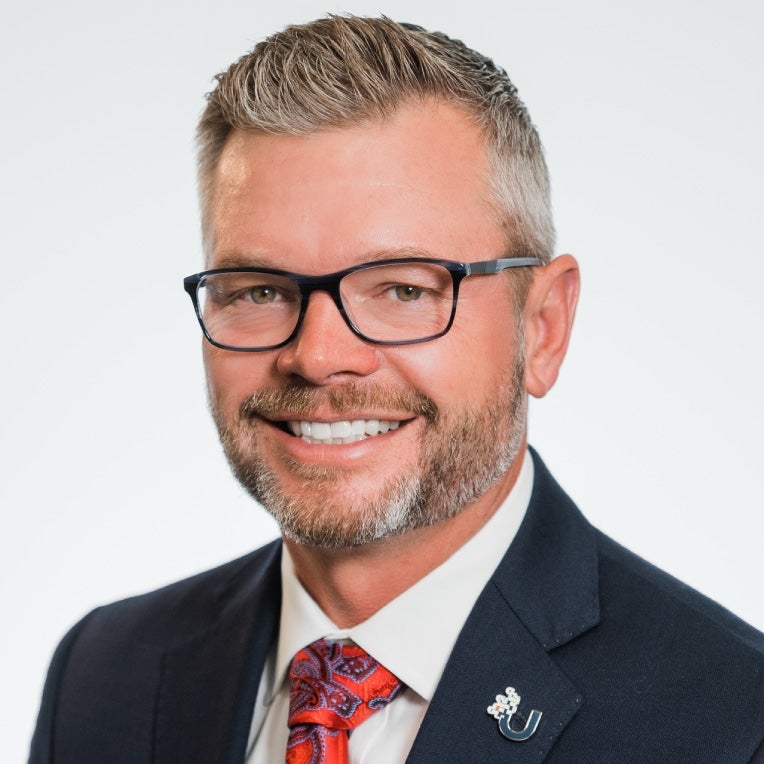 David L. Tuyo II, DBA, MBA serves as the President and CEO of University Credit Union. Dr. Tuyo is a veteran of the financial services industry where he has served financial institutions in a multitude of roles including COO, CFO, and Chief Investment Officer. His career in the financial services industry spans over 20 years, with the majority dedicated to serving credit unions. Dr. Tuyo’s education includes a DBA from California Southern University, an MBA from Mississippi State University and a Bachelors in Finance from the University of Mobile.