Thanks to the MFE program’s emphasis on finance, quant skills, data analysis and programming, students become versatile, skilled professionals in great demand. Whether you have your sights set on the East Coast financial centers or you want a position with a West Coast company, you’ll be able to explore a variety of roles which are highly valued, well-compensated and allow for rapid progress. Consider what the program offers:

Offers Received
within 3 months after graduation
Class of 2021

Career Coaches Dedicated to Your Success 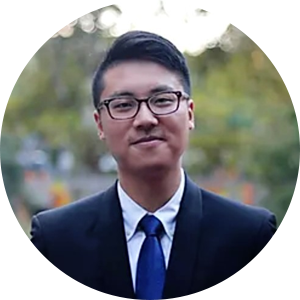 “The MFE career support team helped me refine my resume, prepare for interviews and land my summer internship through alumni connections. They also provided support throughout my internship experience, and I was able to meet many alumni in person in the New York City event. I am really grateful for the wonderful opportunities made possible by the MFE career team.” 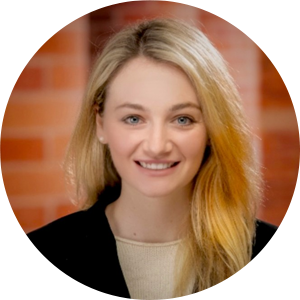 “The guidance provided by the MFE career support team has been fantastic. What struck me is their ability to assist in identifying your strengths and how to leverage them to set you apart from other applicants. They take the time to delve into your resume and ask questions such as ‘What responsibilities have you enjoyed throughout your career?’ and ‘What do you want in your future position?’ They also provide excellent insight into the industry and merge your strengths and interests to find the best position for you.” 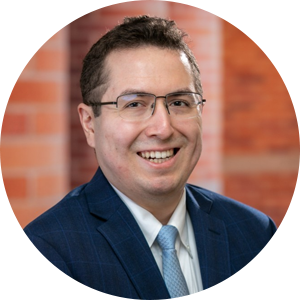 “The MFE program is a learning-packed endeavor that greatly prepares one to enter quantitative finance. Being exposed to various ideas, models and concepts in lectures, in addition to learning the language of finance, as well as career-related support such as the quant interview prep sessions, really helped me get to where I wanted to be.” 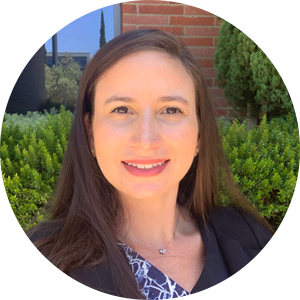 “As a UCLA Anderson MFE student, I was able to network with hedge fund managers and secure an internship offer from an industry advisor on the MFE board. The experience helped me become more qualified to pursue a career as a quantitative researcher in the hedge fund world in New York.” 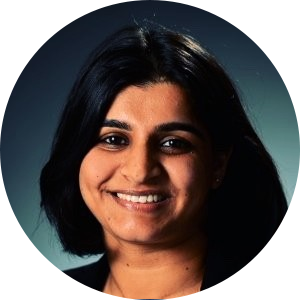 “MFE at UCLA has a unique advantage of being under the Anderson School of management, which provides its students  a unique experience of learning both rigorous courseworks in quantitative finance as well as soft-skills  needed for networking.  Also, the program is taught by exceptionally competent industry experts and researchers making it easier for students to network with professionals around the globe.”

Focused Career Development
As a student, you will partner with our dedicated career services team to help you market yourself and your new skills. Our career development professionals will assist with your resume development and coach you on presentation, interviewing and negotiation skills. We offer you personalized, one-to-one guidance to help you design and pursue your career, from securing internships to full-time employment.

Professional Development Course
This required career course spans throughout most of the 15-month program and includes tailored workshops, alumni/employer panels, networking opportunities and recruiter visits from across quantitative industries. Workshops cover resumes, pitch preparation, cover letters, LinkedIn, interviewing preparation, salary negotiation, mock interviews, and more.
National Financial Mathematics Career Fair
An invitation-only event hosted by IAQF, providing you an opportunity to meet with recruiters from renowned companies in New York.
Careers in Finance Seminar Series
Speaker events incorporated into our required Career Course which allow you to learn firsthand about financial engineering from successful quants from major financial institutions. The mix of experts makes for an unmatched learning experience.
Programming Workshops
Throughout the program, you learn in programming workshops, led by experts in their fields. While we focus on R, Python and SQL, we also provide access to resources so you can learn other programming skills, making you even more competitive in your job search.
Guaranteed Summer Internship Experience
All MFE students are guaranteed a robust summer experience, including options of a structured summer internship, research project, or summer team-based project for an employer. By gaining practical experience applying financial engineering in a real-world setting, you will strengthen your competitive position in the marketplace upon graduation.
One-on-One Coaching with Career Experts in the Field
You will receive personalized advising sessions related to the summer internship and full-time job search, and beyond. Our career team builds genuine relationships with our students, and are here to help every step of the way.
Conversations on Finance
These weekly sessions close the gap between students’ quantitative skills and their knowledge of finance and the markets, as they become conversant on current finance topics. Here, you will practice your presentation and communication skills — critical for success in your new careers. Communication coaching experts and MFE leadership provide feedback to hone the all-important soft skills.
Career City Treks
The Career Services Team organizes trips during academic breaks to various cities, including New York City, San Francisco, Boston, and Chicago. These visits include formal presentations and informal gatherings with companies. Past participating companies include: Barclays, BlackRock, Bloomberg, Citadel, Citigroup, Facebook, Goldman Sachs, Google, Mellon Capital, Morgan Stanley, New York Stock Exchange, Och-Ziff, and State Street.
Quant Fair
This annual career fair open exclusively to MFE students offers opportunities to meet with 20+ companies in one day. All invited employers must be seeking for summer internships and/or full-time roles.
Alumni Mock Interview Program

All students are strategically matched with an MFE alum based upon career path interests. In this program, students practice and gain experience in behavioral and technical interviews.

A Thriving Alumni Community
Direct access to 600+ members of the MFE community, as well as 42,000+ Anderson alumni. Our alumni are engaged and participate frequently in the MFE program.
Alumni Career Coaching Program
The Alumni Career Coaching Program (ACCP) program provides an opportunity to connect with expert, seasoned industry professionals who have paved a variety of career paths following their MFE degree. Our career coaches provide insight from their professional experiences in quantitative finance via one-on-one career coaching, resume reviews and interview support.
Communicating with Impact
Our workshops build key “soft skills” that provide an edge for interviewing and career advancement. This course, facilitated by a communication professor, focuses on strategic messaging, executive presence, tactical networking, and influence. It also covers business storytelling, ways to grab and keep attention, and how to create and nurture relationships.
Team Competitions with Renowned Faculty
Gain access to renowned faculty who advise students on the most prestigious quant industry team competitions in the world. 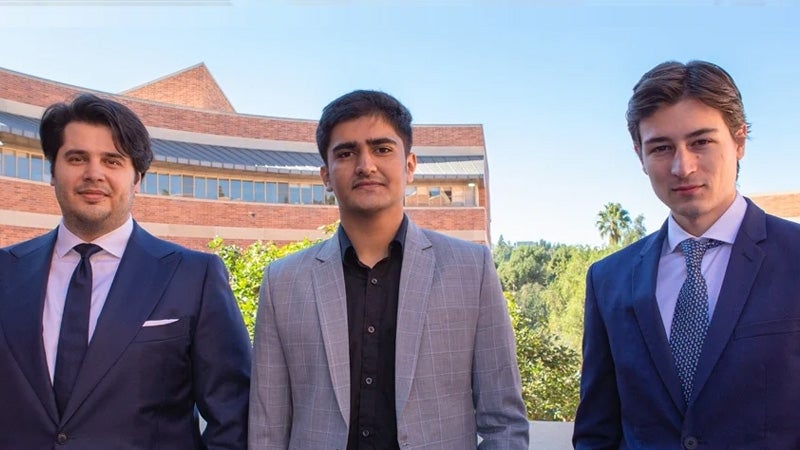 This fellowship matches outstanding students with industry professionals who act as mentors, providing fellows with a unique, 360-degree perspective on the industry. These student fellows also receive a nominal fellowship award.

MFE Alumni on the Rise

Our MFE’s represent a steady and upward trend in their careers following the program. Within our vibrant and well-connected alumni community, our MFE’s continue to be on the rise! 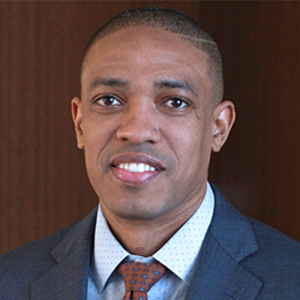 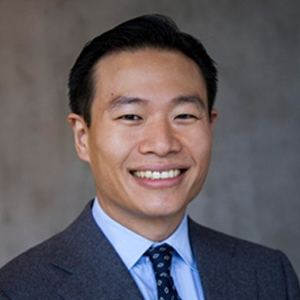 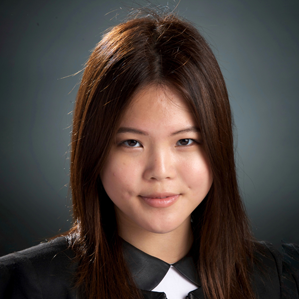 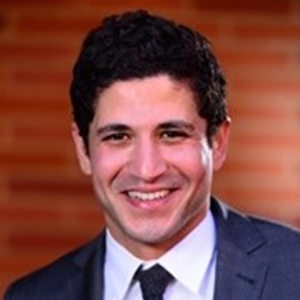 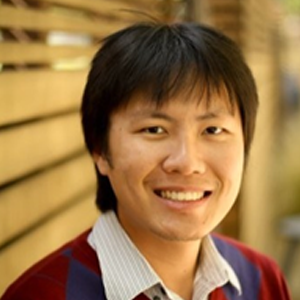 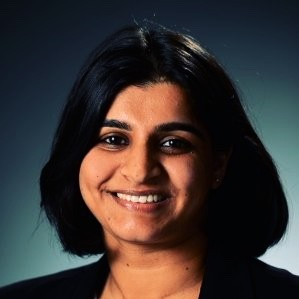 From VP, Quant at Dhandho Funds to EXL as a Senior Manager to Morgan Stanley Data Science and now VP Analytics and Data

I Want To...
Introduce Myself
Begin My Application
Requirements