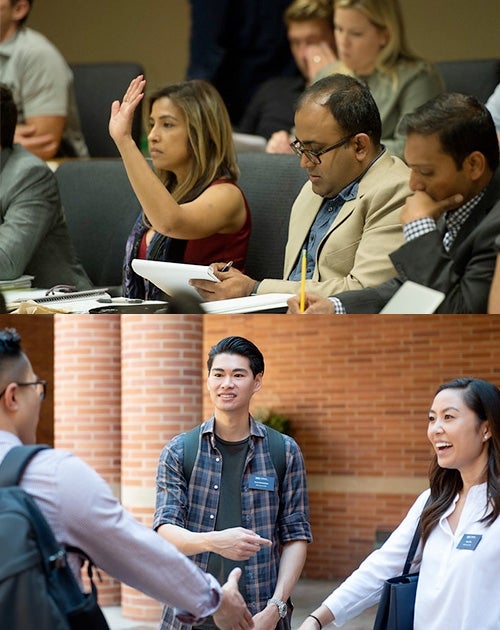 At UCLA Anderson, We Have a Culture Of: 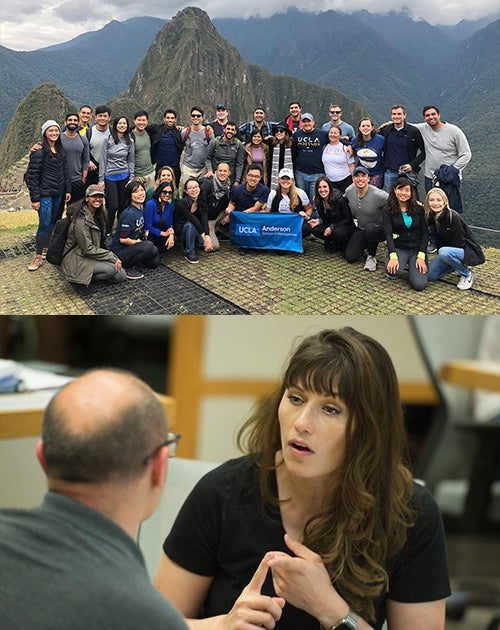 You will become deeply acquainted with your EMBA cohorts through:

At UCLA Anderson, We Have a Culture Of:

You will become deeply acquainted with your EMBA cohorts through:

The UCLA Anderson Culture Is Founded on Three Pillars:

The UCLA Anderson Culture Is Founded on Three Pillars:

We collaborate to win, together. 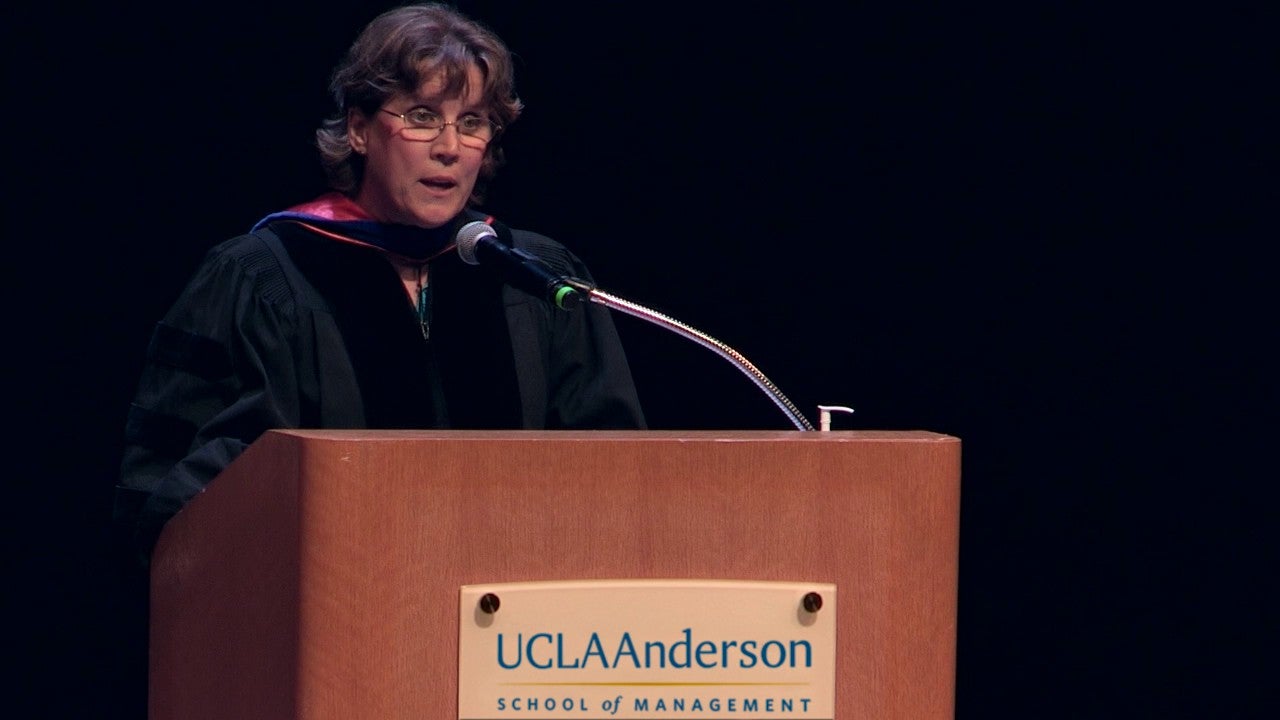 We are intent on trailblazing business ideas.

This post has been republished in its entirety from its original source, The UCLA Anderson Blog.

When he accepted the John Wooden Global Leadership Fellowship in 2014,  Derek Herrera (EMBA ’15) quoted the inspirational UCLA coach’s aphorism “adversity is your asset.” And Herrera knows about adversity: In 2012, the former U.S. Marine Special Operations Officer was shot by sniper fire while fighting in Afghanistan and became paralyzed from the chest down.

Last June  Herrera blogged, “Exactly three years ago I was confronted with a situation that altered my life in many ways. Physically, psychologically, spiritually and emotionally. In most respects, I would say that getting shot and paralyzed is a wholly negative event. Conversely, the path I have traveled in the past three years has been absolutely incredible.”

Turning adversities into assets, Herrera has propelled his ideas forward, pursuing more than one project inspired by his military expertise and experiences — both positive and negative. Herrera was the first person in the U.S. to buy and get FDA approval for in-home use of the  ReWalk exoskeleton, a robotic device that enables him to walk upright. He has trained as a para-triathlete, entered marathons and served on multiple foundation boards. When he was still enrolled at Anderson, he spent a week as a teaching assistant in the  Entrepreneurship Bootcamp for Veterans, helping to teach veterans basic skills to start and run their own businesses.

But, Herrera recently wrote, “I have gradually subtracted more and more activities from my life so that I can try to magnify and grow the one project I am willing to commit to indefinitely.”

That project is Herrera’s pre-seed company  Spinal Singularity, which is devoted to improving the quality of life for people with spinal cord injury and disease (SCI/D) with high-tech connected medical devices. It especially helps those diagnosed with neurogenic bladder, a condition that leaves a person unable to sense the fullness of his or her bladder or control the voiding process.

The company’s pilot product is the Connected Catheter, the world’s first semi-permanent, minimally invasive, fully internal “smart” catheter system that measures bladder pressure and wirelessly transmits data to a smart phone or watch. The data is synched wirelessly to secure cloud storage for remote patient monitoring. “It provides value not just for the users,” says Herrera,“but also clinicians and providers.”

The Connected Catheter is designed to allow the user control of a valve to empty urine from the bladder and eliminate the need for intermittent catheters and drainage bags. It also enables more normal sexual function, which, along with bladder control, ranks among the top functions paraplegics and quadriplegics would choose to regain if they had the option. But these are difficult topics to discuss publicly, especially for fiercely independent people in positions of authority or leadership. If Herrera wanted to see the product take off — and in the process dramatically improve his own life — he had to become very candid about his condition.

Herrera says it doesn’t even occur to many people how debilitating the conditions associated with paralysis can be. “It is common for people to see a wheelchair and think, ‘Oh man, that must be really tough because he/she can't walk.’ I thought the same thing before my injury; but what I learned was that … a variety of secondary conditions result that are often more troubling than the mobility issue.” Peer-reviewed research concludes that trunk stability, for instance, ranks above mobility as one of the most desirable functions to have back.

Herrera kicked his company and premiere product into high gear with remarkable speed. He confesses that before he took George Abe’s class he really didn’t have a concrete plan for launching a medical device business. Clear ideas and strategy came into focus less than a year ago, while he was still enrolled at Anderson. “In academia,” he says, “medical breakthroughs are made but they’re not consumer-focused. Advancing science is very important but it happens at a pace that may or may not ever bring a product to market.” Wanting to take an active role in his own recovery, Herrera listened to experienced clinicians and doctors and followed their research, but he strove to understand the business landscape for a useful product and found there was a market impatient for it.

“We asked, ‘What’s the best route to a solution? How can we work within the existing environment to make it happen?’ Because every day that I don’t have a product at market, it’s costing me money.

“The Connected Catheter will revolutionize the way more than one million Americans deal with neurogenic bladder,” says Herrera. Standard catheter technology hasn’t changed significantly in a century, and Herrera calls current methods of catheterization “archaic and medieval.” Contamination is all too common; urinary tract infections are the leading cause of rehospitalization for people with SCI/D. And the daily waste from packaging and single-use components becomes voluminous. Meanwhile, one Connected Catheter replaces approximately 200 disposable catheters and lasts about a month — compared to those that have to be changed with each use.

Herrera’s product earned him  first place in both the annual Knapp Venture Competition and the UCLA Institute for Technology Advancement (ITA) Student Engineering Venture Competition — within mere months of conceiving of his product. And Herrera ranks among  Poets & Quants’ Best Executive MBAs in the Class of 2015. The Spinal Singularity team recently waged a  $50,000 Indiegogo crowdfunding campaign for the Connected Catheter and have surpassed their mid point ahead of schedule. With this kind of momentum, Spinal Singularity hopes to start clinical testing of the Connected Catheter before the end of 2015.

At Anderson, he says, he's enjoyed crucial support from professors like Abe and Bill Cockrum and the staff at the Price Center for Entrepreneurial Studies. Associate Dean of Executive Education Programs Kelly Bean “was and is an incredible mentor and friend,” says Herrera.

“It feels great to have that sense of purpose and clarity in my life and has caused me to get up every day excited to go to work,” Herrera says of his new focus. “My goal is to help people and help myself. Through this line of work and this industry, my incentives can be aligned as a successful business person whose products help people’s lives and make a difference in their daily routines.

We believe in impact in business and community. 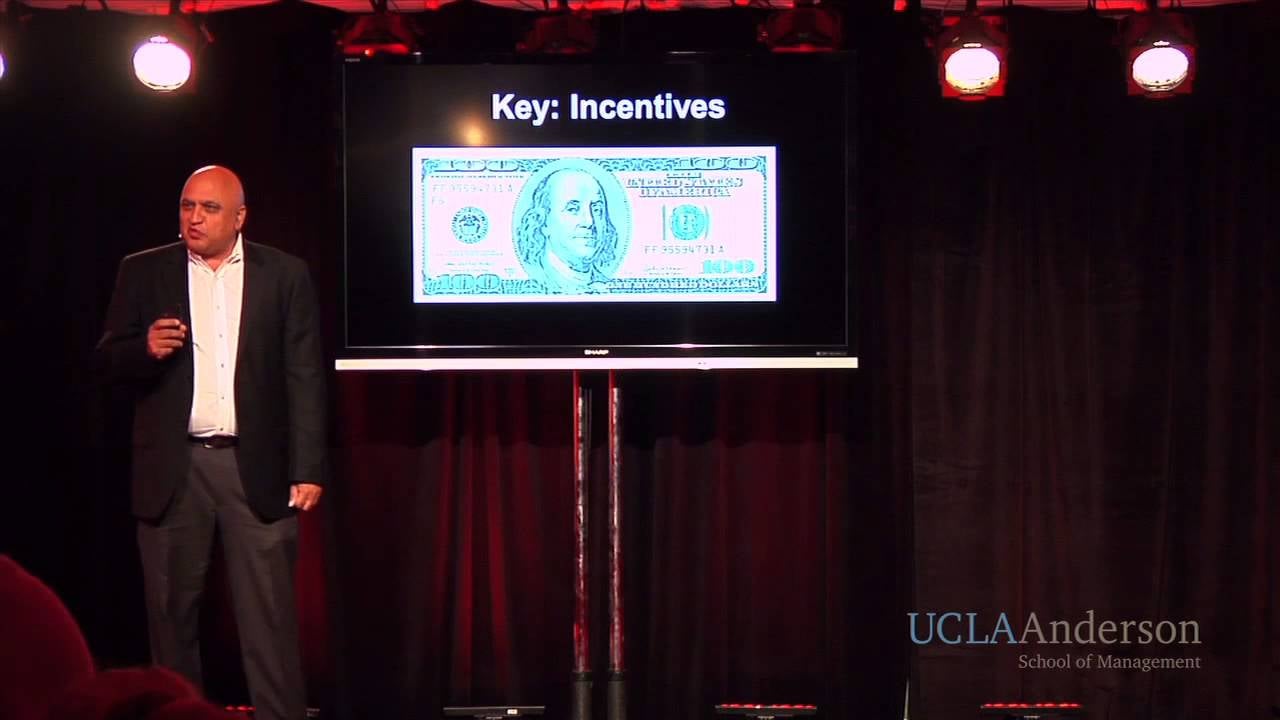 Learn More About Our Character 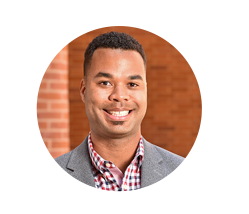 “Being exposed to the diversity of thought at UCLA Anderson has been transformational in my own growth as a leader in the technical industry.” 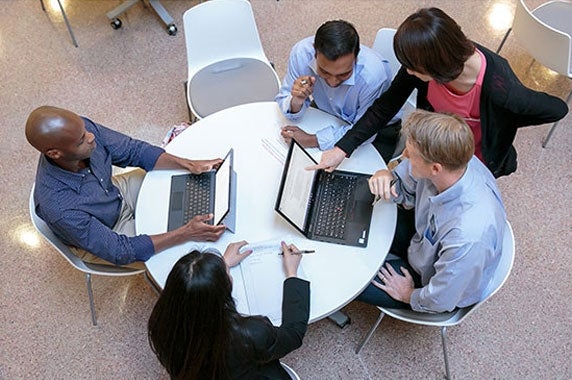 A Commitment to Diversity

Diversity isn't a buzzword at UCLA Anderson, it's a way of life. No matter your background, gender, culture, or ideas, we believe diversity leads to a more educated and inclusive community.

Learn About the Organizations That Advance Our
Equity, Diversity and Inclusion Mission 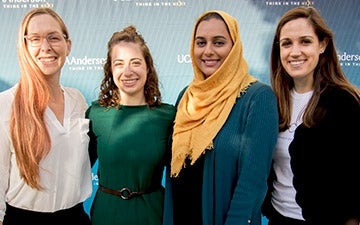 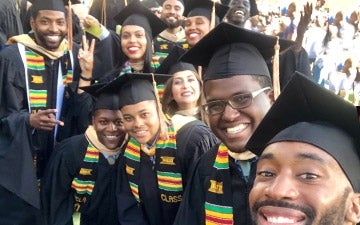 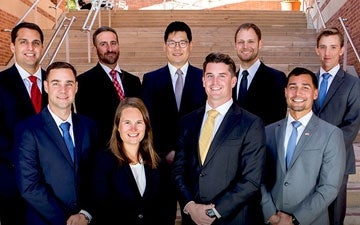 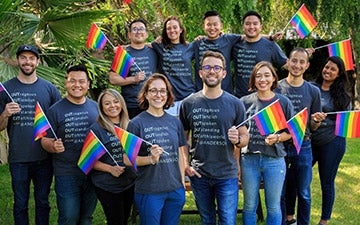 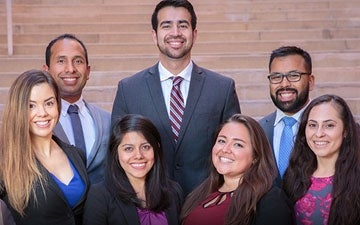 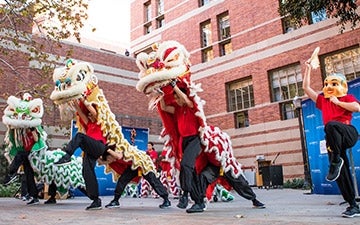 I Want To...
Begin My Application
Download The Brochure
Watch the On-Demand Webinar
See If I'm a Fit for EMBA
Schedule a One-on-one Phone Call
View Upcoming Events