We live in fascinating times

Tech-based innovation offers the promise of disruptive technologies which can lower cost and improve outcomes in critical areas of societal focus. These innovations and the businesses that drive them, however, are often subject to a rapidly emerging "techlash" with a growing set of concerns about potential monopolistic behavior of large tech companies, concerns about data privacy, systemic bias embedded in algorithmic decision making, a growing digital and income divide and uncertainty about the future of work. At the core of this, a discussion around effective leadership is emerging.

Join us for this year's Tech + Society Conference, where we will discuss: 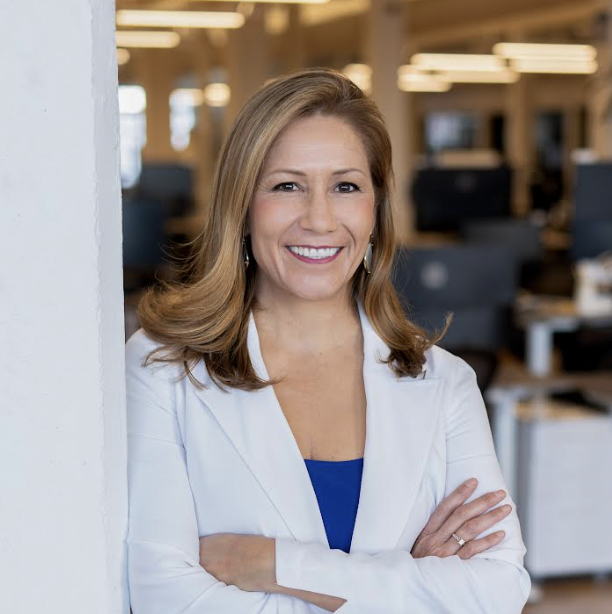 Amanda is the CEO of Code for America, an organization that helped launch the civic tech ecosystem in the United States. Today, Code for America partners with governments and community-based organizations leveraging technology to create equitable government systems focused on programs that strengthen the social safety net, increase access to tax benefits, automate record clearance, and foster an active civic tech volunteer network across the country. In September 2020, they launched a mobile-first tax credit portal in English and Spanish in partnership with the White House and Treasury. In April of 2021, they were awarded a philanthropic investment of $100 million to improve state social safety net systems over the next several years. In addition to leading Code for America, Amanda is a paid contributor to the BBC and ABC News on policy and political matters in the United States. Amanda was also recognized as an Innovate@UCLA Executive Leadership Award honoree in 2021. 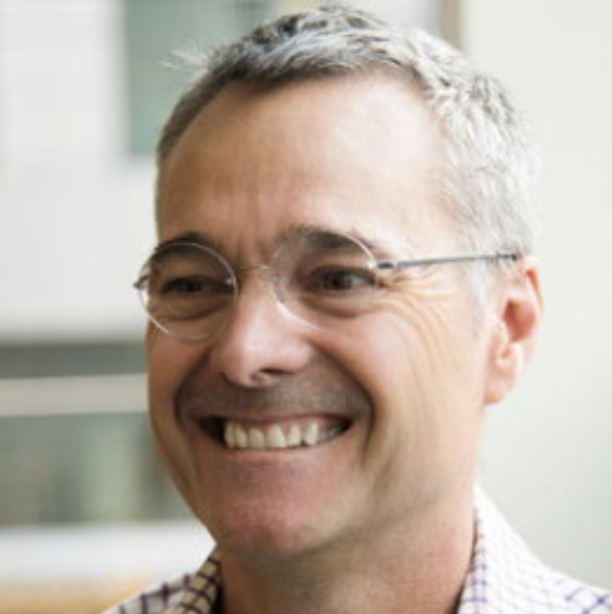 Neil Lindsay is the Senior Vice President of Amazon Health Services responsible for building Amazon’s emerging efforts to make it easier for customers to access the services and products they need to stay healthy. Since joining Amazon in 2010, Neil has held roles leading Worldwide Prime and Marketing, as well as Marketing for Amazon Devices, where he was integral in building Amazon’s consumer brand and global Prime programs, driving customer demand and accelerating engagement, and launching a variety of Amazon devices. 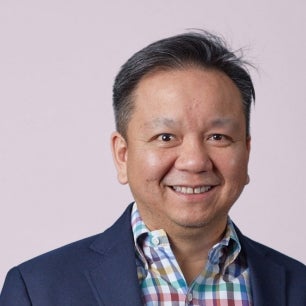 Tim Wan is the Chief Financial Officer at Asana, responsible for accounting and financial planning for all business operations. Before joining Asana, Tim served as CFO at Apigee, a leading SaaS provider of API platform technology and services for enterprises and developers. During his tenure, Tim successfully led the company through its IPO and eventual acquisition by Google. Prior to Apigee, Tim spent 13 years at Real Networks, including serving as the company’s CFO. Tim earned his B.A. in Economics from the University of California, Los Angeles and MBA from the University of Southern California. 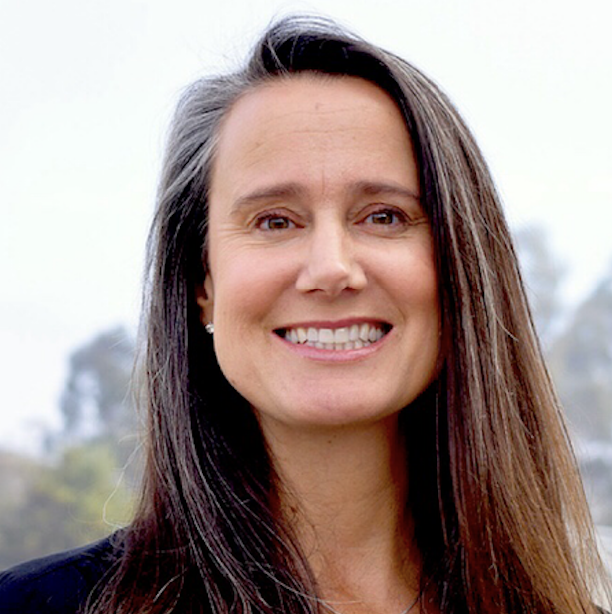 Learning & enablement executive who helps enterprises develop the Salesforce talent for their teams and helps job seekers develop careers. Amy oversees the global education services business, Trailhead Academy, and global efforts to develop new pipelines of talent with Salesforce skills through Academic, Nonprofit and Public Sector partnerships. Her teams develop and deliver learning and credentialing experiences and learning events worldwide. Amy is an education advocate and frequent conference speaker on topics of skilling, workforce of the future and enablement. 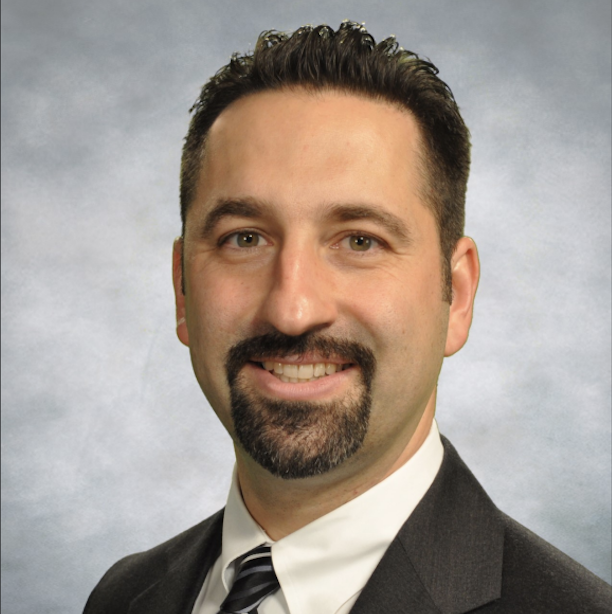 Ted Ross is CIO for the City of Los Angeles and General Manager of the Information Technology Agency (ITA). His department of 450 employees delivers enterprise IT services to 48,000 employees across 41 City departments and digital services to over 4 million residents. Appointed by Mayor Eric Garcetti in 2015, Ted has over 21 years of private and public sector technology experience, earning various awards along the way, including #1 Digital City, Top 25 Doer & Dreamer, and CIO of the Year according to LA Business Journal. Ted has been featured in Fortune Magazine, The Wall Street Journal, and The Economist, as well as, a presenter at many conferences, such as the Andreessen-Horowitz Tech Summit, Milken Institute, and India’s NASSCOM. 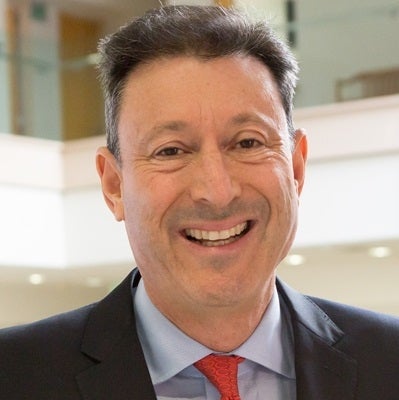 A graduate of UCLA (B.A., '82) and Harvard Business School, Terry Kramer has extensive technology and leadership expertise in the domestic and international telecommunications industry. Since beginning his career at Harris Corporation and Booz Allen Hamilton, Kramer has held executive roles in AirTouch, PacTel and Vodafone globally. At Vodafone, he was the group strategy officer, group HR officer and chief of staff. He was also regional president of Vodafone Americas, with responsibilities for oversight of Vodafone's 45% interest in Verizon Wireless and Vodafone's venture capital activities. He also served on the Executive Committee at Vodafone Group Plc.

During his tenure at Vodafone, he and his family moved no fewer than eight times to locations that included London, The Hague, Dallas, Phoenix and San Francisco. The benefit: "Living in so many different places, working in so many fundamentally different environments gave me a new appreciation of contextual leadership - how leaders must be adept at assessing the different context of each leadership role to ensure a dynamic nature to their style, achieving success for that unique environment."

While serving as an entrepreneur in residence at the Harvard Business School between 2011 and 2013, Kramer was appointed by President Obama to serve as Ambassador, Head of U.S. Delegation for the World Conference on International Telecommunications in June 2012. This delegation formulated and communicated the U.S. policy regarding the criticality of a free and open internet as well as an inclusive, multistakeholder governance, the need to proactively address cybersecurity threats and the need for liberalized, open markets that encourage global accelerated broadband access. The conference was covered by CNBC, New York Times and Wall Street Journal.

No stranger to the field of academia (his parents were teachers), Kramer jumped at the opportunity to work at UCLA Anderson, as it provided "a chance to engage with the next generation of leaders." An adjunct professor at UCLA Anderson since 2013, Kramer is a full-time faculty member, teaching the foundational technology management course, covering the impact of disruptive innovation on products, services, markets and competition, and another course on the evolution and innovation in the mobile communications industry and promising areas of innovation. He is also a faculty advisor in the Global Access Program and Strategic Management Research program. Kramer serves on the boards of TeleSign and TangoCard and on the advisory boards of RapidSOS and Textpert, as well as the Harvard Business School California Research Center, UCLA Economics Department board of visitors and Larkin Street Youth Services.

Originally from San Carlos, California, Kramer and his wife, Suzan, currently reside in the San Francisco Bay Area, from which he commutes to Los Angeles regularly. Together they have developed a family foundation focused on education, health and human services, which "reflects our views about the impact of youth and education on our collective future." 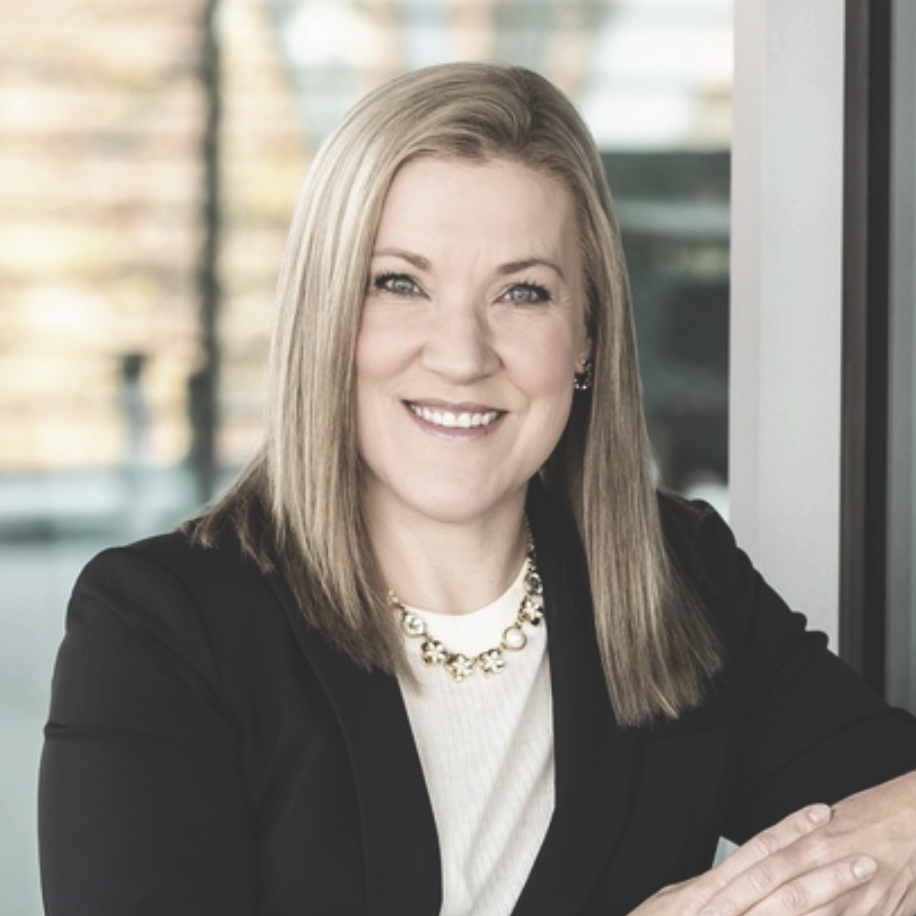 Prior to Accel, Paula led Americas go-to-market recruiting efforts at Palo Alto Networks during a period of significant revenue and headcount growth.

She joined Palo Alto Networks from Heidrick and Struggles, a retained executive search firm, where she conducted executive level searches for the technology practice.

She began her career in the non-profit sector, holding a number of fundraising and programmatic roles with San Francisco Ballet and the Toigo Foundation.

Paula grew up in Massachusetts and earned her degree in History from the University of California, Los Angeles. 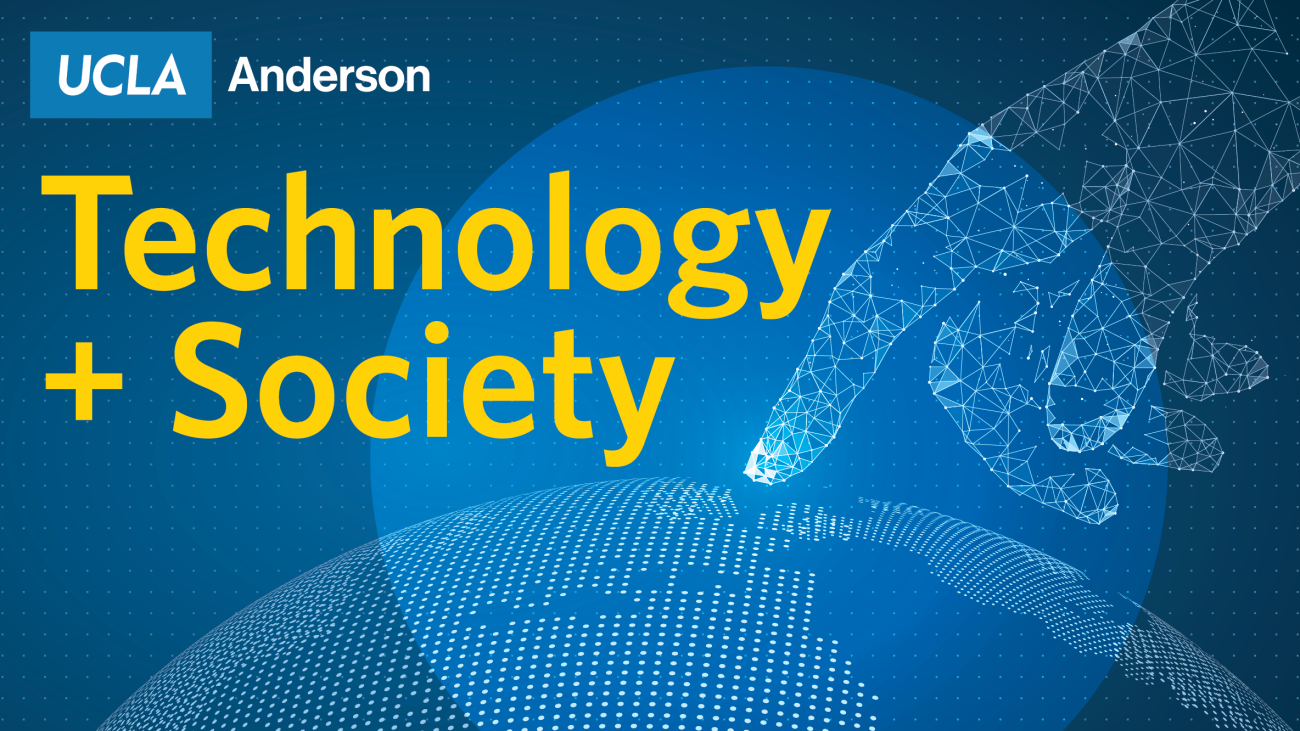 Innovation is driving change in our thoughts on right and wrong 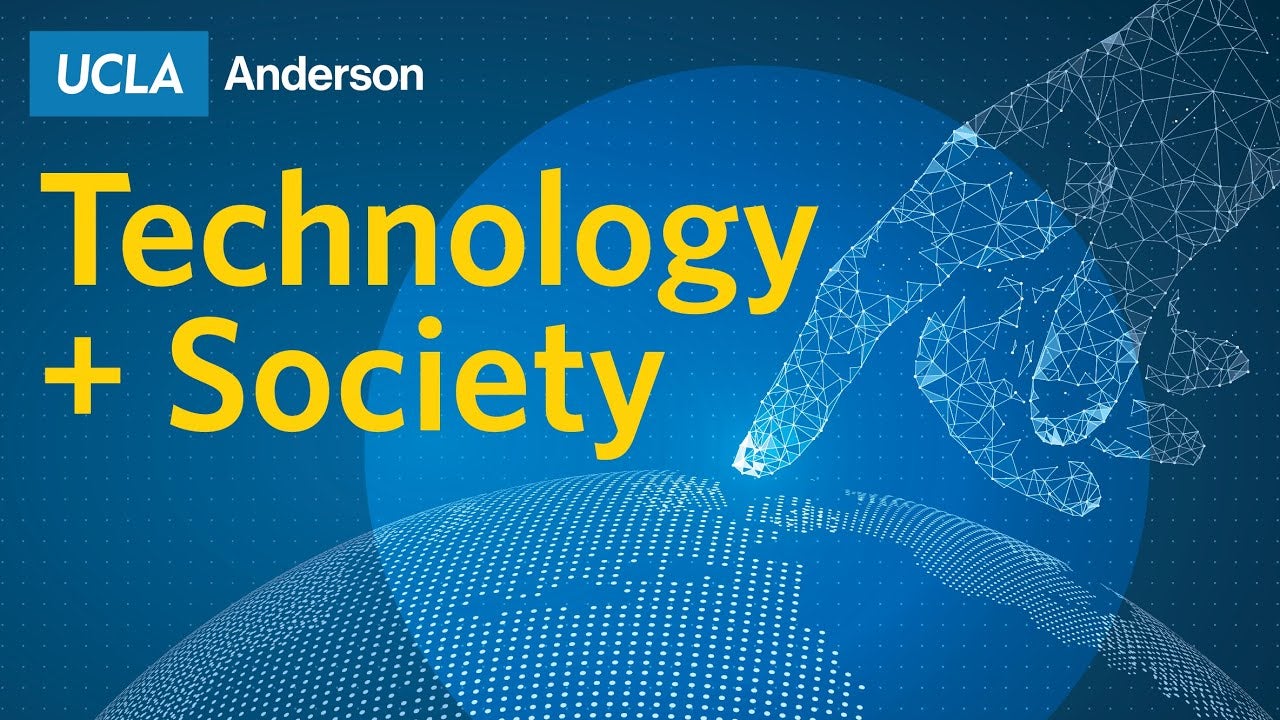 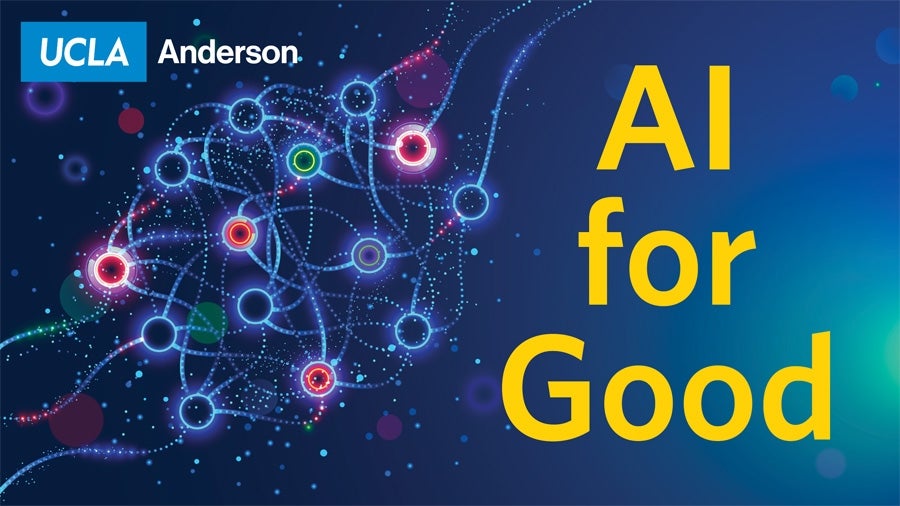 Where can technology be used for good? How do we align tech-based innovation with the ultimate well-being of our society? 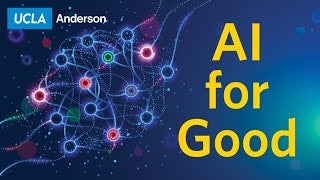 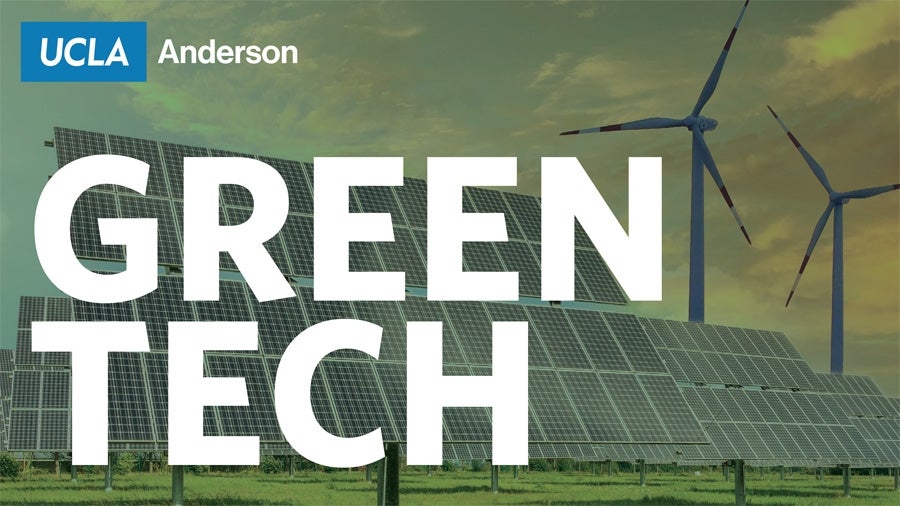 Panel discussion on how to best incorporate eco-friendly practices 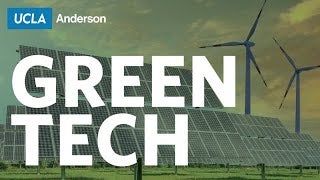