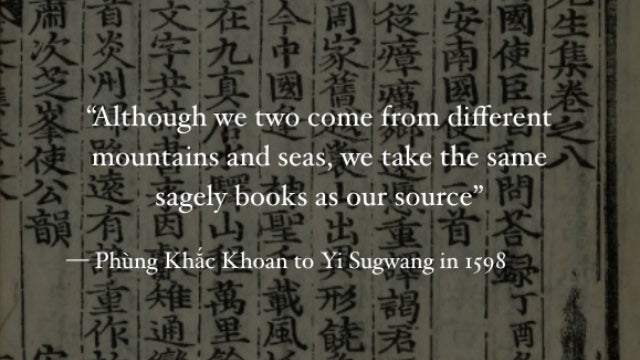 How to be Neighbors with China: The Changing Attitude of Vietnamese Scholars toward China in the Second Half of the 19th Century: 2022 Fall Webinar Series No.1: Korea - Vietnam before the Twentieth Century

China and Vietnam have had a long and close relationship over the years. Especially when it came to the 19th century, facing the invasion of Western countries, this relationship underwent tremendous changes and became more complicated than ever. In such circumstances, Vietnam’s attitude toward China – the Heavenly Kingdom has had a big difference from the previous period. However, this is not clearly presented in the literature because of the lack of relevant documents. This is the first webinar out of five webinar series scheduled in Fall, 2002. This series brings together scholars interested in Korean-Vietnamese in dialogue in order to develop a framework for meaningful future collaboration. Speaker: Hoang Yen Nguyen, lecturer at the Faculty of Oriental Studies of the University of Social Sciences and Humanities, VNU-HCM in Ho Chi Minh City, Vietnam. Sponsored by the Academy of Korean Studies (Project: AKS-2020-C-15), James P. Geiss & Margaret Y. Hsu Foundation, UCLA’s Center for Korean Studies, Center of Southeast Asian Studies, and the Department of Asian Languages and Cultures.

When Fighting Becomes an End in Itself: Conflict in the Democratic Republic of Congo: A book talk with Author Jason Stearns, Director of the Congo Research Group, NYU

Well into its third decade, the military conflict in the Democratic Republic of the Congo has been dubbed a “forever war”—a perpetual cycle of war, civil unrest, and local feuds over power and identity. Millions have died in one of the worst humanitarian calamities of our time. The War That Doesn’t Say Its Name investigates the most recent phase of this conflict, asking why the peace deal of 2003—accompanied by the largest United Nations peacekeeping mission in the world and tens of billions in international aid—has failed to stop the violence. Jason Stearns argues that the fighting has become an end in itself, carried forward in substantial part through the apathy and complicity of local and international actors. Moderated by Leslie Johns, professor of political science and law at UCLA and Associate Director of the Burkle Center for International Relations. Sponsored by the Burkle Center for International Relations, African Studies Center, Political Science and The Promise Institute for Human Rights at UCLA School of Law. 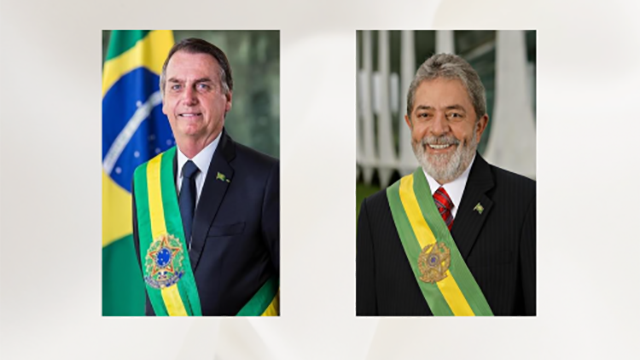 The Brazilian Presidential Election: A Roundtable

The first round of the Brazilian presidential election is scheduled for October 2, 2022. The two frontrunners are the far-right current president, Jair Bolsonaro, and the leftist former president Luiz Inácio Lula da Silva, who was in power between 2003 and 2010. Join an interdisciplinary panel of experts to discuss the first-round results, their implications for Brazilian democracy, and what we in the United States can do to support democracy in Brazil. Panelists: James N. Green, Department of History, Brown University; Gladys Mitchell-Walthour, Department of Political Science, North Carolina Central University and Lena Lavinas, Instituto de Economia, Universidade Federal do Rio de Janeiro. Moderator: Bryan Pitts, Latin American Institute. Sponsored by the Latin American Institute and the Center for Brazilian Studies. 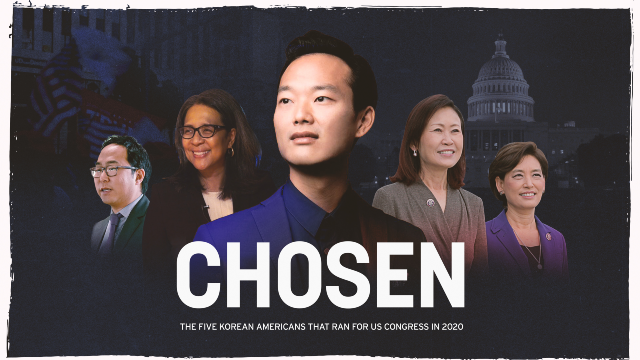 CHOSEN: The Five Korean Americans that ran for US Congress in 2020

In 2020, five Korean Americans of vastly diverse backgrounds with competitive political views run for US Congress. David Kim is the only underdog with limited resources vying to be the first Korean American representative from Koreatown, Los Angeles. There will also be a Q&A session with director Joseph Juhn. Sponsored by the Center for Korean Studies.