Skip to main content
Board of Advisors
Easton Technology Management Center is proud to introduce its Board of Advisors, including UCLA Anderson alumni and UCLA undergraduate alumni who are shaping the future of business and technology. 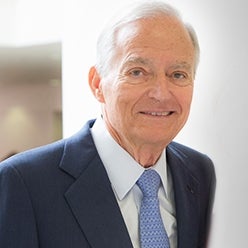 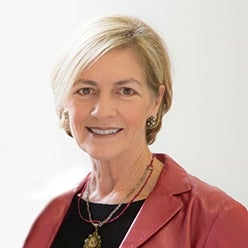 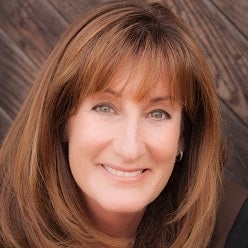 Ms. Chaffin currently sits on the board of directors for Synopsys (NASDAQ:SNPS) and PTC (NASDAQ:PTC). She is an Advisory Council member for Illuminate Ventures and a member of the Board of Visitors for the UCLA Anderson School of Management.  Previously she served on the boards of Informatica Corporation (NASDAQ: INFA) and International Game Technology (NYSE:IGT) along with the Operating Committee of privately held Ancestry.com and the Board of Trustees for the Montalvo Arts Center.

Prior to her role in leading the Norton business, Ms. Chaffin was Symantec's first Chief Marketing Officer and built a global, award winning organization.  Before coming to Symantec in 2003, she spent 21 years at Hewlett Packard in marketing and general management leadership roles including General Manager/VP of the multi-billion dollar HP9000 UnixTM Server business.

She has been publicly recognized for her career accomplishments and community involvement.  Ms. Chaffin was named a recipient of Agenda's 2014 Digital 50 and in 2012 she was noted as one of the top 100 Women Leaders in STEM (Science, Technology, Engineering and Math).  In 2010, she received the Award for Outstanding Achievement from the Family Online Safety Institute, and in 2009 was named Best Executive by the Annual Stevie Awards for Women In Business. 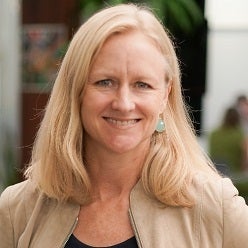 Dyan Decker has over 20 years of investigations experience, most recently as leader of PwC’s US Forensics Practice. Previously, she led PwC’s Forensic Technology Practice from 2008-2017.

Ms. Decker advises multi-national organizations on investigative, regulatory, compliance and litigation matters, specializing in gathering and analyzing large, complex data sets. Dyan brings her investigative mindset to often emotionally-charged matters; her decades of on-the-ground experience and professional, empathetic demeanor bring her clients clarity in complex situations. Her colleagues regard Dyan as a voice of guidance and reason, and look to her to provide a vision for the future of our Forensics practice.

Dyan has been asked to testify as a fact witness on behalf of the prosecution in two high-profile criminal matters. One was the criminal trial of the lead defendant in a multibillion dollar Ponzi scheme which aided in the eventual prosecution of the defendant. The second was in the criminal trial of three former heads of S. America soccer federations, two of which were convicted for racketeering conspiracy and related crimes by a federal jury in Brooklyn.

Dyan is on the board of the Easton Center for Technology Management at the Anderson School for UCLA, and has co-authored data management chapters in A Guide to Forensic Accounting (2nd ed.), and in the Litigation Services Handbook: A Guide for Financial Experts (4th ed.) Speaking on the conference circuit, Dyan shares her investigations experiences and has had the honor of speaking to the advancement of women in technology with authors Amy Cuddy and Arianna Huffington. 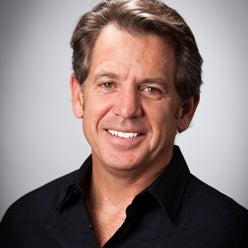 Kirk uses his diversified range of technology engineering, marketing, sales and management experience to oversee Cloudera's business operations. During his nearly 20-year career, Kirk has worked extensively with established companies, high-growth organizations and Fortune 200 accounts, successfully building strategic sales and product divisions, and leading international expansions.   Since April 2015, he has been a board member at both Apcera (San Francisco) and Lastline, Inc. (Redwood City).  Apcera provides a policy-driven platform called ContinuumTM, which enables enterprise IT organizations to deploy, orchestrate, and govern a diverse set of workloads, on the premise or in the cloud.  Lastline, Inc. helps companies detect active breaches caused by advanced persistent threats, targeted attacks, and evasive malware with its software-based Breach Detection Platform.   Previously, he was COO of Cloudera from 2011 until June 2015.  Kirk served as the CEO of PowerFile, Inc, which was successfully sold to Hitachi LG Data Storage, and was CEO of Bang Networks Inc. Prior to joining Bang Networks, Kirk served as Vice President of North American Field Operations at Inktomi. He came to Inktomi from Network Equipment Technologies, Inc. (NET), where he held executive positions in sales, marketing and professional services. Kirk also worked for IBM in senior sales positions. 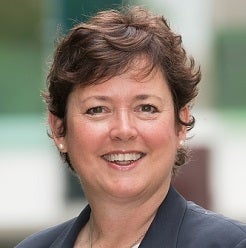 Mary is currently President and Principal Consultant for Bridger Val Associates LLC, specializing in CIO leadership development and strategic consulting services.  She serves on the Advisory board for the Easton Technology Management Center at the UCLA Anderson School of Management and on the Board of Trustees for Homeless Solutions, Inc.

As a former Chief Information Officer in multiple global environments and industries, including Pharmaceuticals, Hospitality, Agribusiness, Oil & Gas and Chemicals, Mary is well positioned to support companies who are interested in understanding the impact of technology on their business, operating in global environments, facing diversity challenges and/or who are undergoing significant changes, mergers, acquisitions or other disruptions to their business model.

Mary has a Bachelor's degree in Human Biology from Stanford University and an MBA from the Anderson Graduate School of Management at UCLA.

Mary was the Global Pharma CIO for Novartis Pharmaceuticals based in Basel, Switzerland, where she drove several significant digital health initiatives.

During her tenure, her accomplishments included the successful implementation of IT outsourcing initiatives for infrastructure and application support as well as the introduction of major new eCommerce, HR and financial systems platforms.

Mary's experience in information technology also includes senior level IT positions at Pfizer/Pharmacia, BASF and American Cyanamid where she had a strong record of developing business focused global IT teams as well as leading change and integration initiatives through multiple acquisitions. 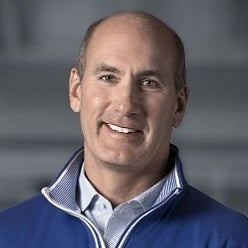 John Stankey, CEO - AT&T Entertainment Group, is responsible for the comp any's position facing the consumer market segment. He leads strategy, marketing and operations around the development and distribution of a premier entertainment experience.

John oversees AT&T's entertainment offerings including TV, video and content development, its consumer mobility and wireless products, and its high speed Internet services as well as its advertising business.

Before that, John served as President and CEO of AT&T Business Solutions, where he was responsible for serving AT&T's business customers worldwide and all of AT&T's shared services including capital planning, engineering, network operations, information technology, supply chain and corporate real estate.

In his three- decade career, John also has served as President and Chief Executive Officer of AT&T Operations, Inc. and as Group President-Telecom Operations, where he was responsible for the comp any's former five regional telecom units. His responsibilities also have included Chief Technology Officer, Chief Information Officer, President and CEO of AT&T's Southwest Region, and President of Industry Markets.

John is on the Board of Visitors at the Anderson Graduate School of Management at UCLA. He also serves on the board of directors of UPS and the Cotton Bowl Athletic Association.

A native of California, John earned a bachelor's degree in finance from Loyola Marymount University in Los Angeles in 1985 and a master's degree in business administration from UCLA in 1991. 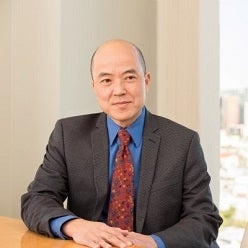 Steve Taw is principal operating officer and SVP, ITG and IO at Capital Group. He serves on the IT Strategy Committee and the Investment Operations Management Committee. Previously, Steve was principal operating officer for Capital Fixed Income Investors.  He has 31 years of industry experience and has been with Capital Group for 10 years. Prior to joining Capital, Steve was a chief operating officer and managing director of information technology at Countrywide Financial. Before that, he was a senior vice president at Peoplelink and a senior director of the CRM practice at Keane. He also held various management roles at Atlantic Richfield Corporation in strategic planning, finance, internal audit, and information technology. He holds an MBA from the Anderson School at UCLA and a bachelor’s degree in political science from UCLA. Steve is based in Irvine, Calif. 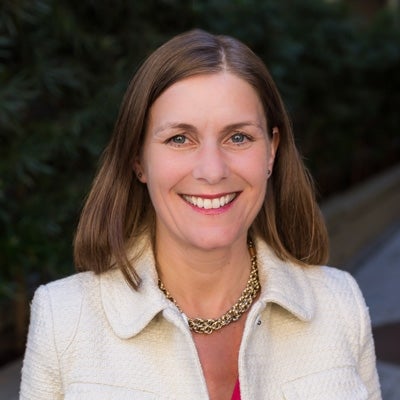 Yvonne Wassenaar is a seasoned C-level executive with broad experience scaling, diversifying, and transforming businesses throughout the Americas, Europe, and Asia. She has led numerous company transformations focused on unleashing new areas of organic and inorganic growth. Yvonne is a sought after thought leader in IoT, machine learning/AI, and business digitization. Her experience spans F1000 companies and start-ups with deep expertise in software/cloud and enterprise go-to-market acceleration. Yvonne thrives working with other talented leaders who share her commitment to delivering impact.

Most recently, Yvonne was the CEO of Puppet, one of the founders of the DevOps movement and a leader in enterprise infrastructure automation. Prior to Puppet, she served as CEO of Airware, CIO at New Relic, and held multiple leadership roles at VMware and Accenture. Amidst growing concerns with how modern technology could be used, Yvonne is championing it to drive a safer, more efficient, and innovative planet.

Yvonne is passionate about education and empowering others to do great work with purpose. She is currently a board member of Forrester, Anaplan, Rubrik, and Harvey Mudd College. Yvonne is on the All Raise Board Xcelerate Advisory Committee and an advisor to StackHawk and Fika Ventures. Previously Yvonne served as a board director for Airware (exit to Delair in 2018), MuleSoft [MULE] (exit to Salesforce in 2018), Bitium (exit to Google in 2017), and the Athena Alliance and was an early stage advisor to Snyk, a leading DevSecOps security company.

Yvonne holds a BA in economics with a specialization in computing from UCLA and an MBA in strategy and operations from the university’s Anderson School of Business. Her market impact earned her recognition as a Woman of Influence in Silicon Valley; theBoardlist Top 20, SF Business Times Public Company CIO Award Winner, and as a WSJ Woman of Note.

Yvonne lives in San Francisco with her partner Grieg, 3 amazing teenagers and collection of pets.  She is an avid traveler and uses her experiences abroad to deepen her understanding of human interaction and experience. 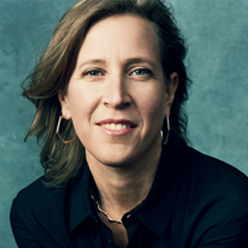 Susan Wojcicki is CEO of YouTube, the world's most popular digital video platform used by over a billion people across the globe to access information, share video, and shape culture. An early champion of online video who was instrumental in Google's 2006 acquisition of YouTube, Susan now oversees YouTube's content and business operations, engineering, and product development.

Prior to joining YouTube in February 2014, Susan was Senior Vice President of Advertising & Commerce at Google, where she oversaw the design and engineering of AdWords, AdSense, DoubleClick, and Google Analytics. She joined Google in 1999 as the company's first marketing manager and led the initial development of several key consumer products including Google Images and Google Books. In 2002, Susan began working on Google's advertising products and over the next 12 years she led teams that helped define the vision and direction of Google's monetization platforms.

Susan graduated with honors from Harvard University, holds a master's in economics from UC Santa Cruz, and an MBA from UCLA. In 2015, Susan was named to Time's list of the 100 most influential people in the world.