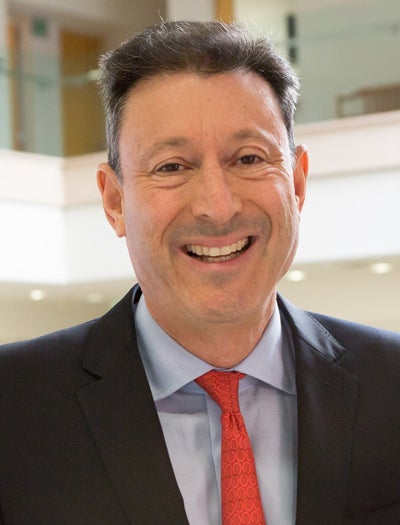 Adjunct Professor of Decisions, Operations and Technology Management; Technology Management, Technology and Society, and Global Immersion in Shenzhen/Hong Kong
“Technology will fundamentally affect consumers, enterprises and societies. Our job as leaders is to spot the opportunities, understand the risks and challenges and develop a game plan that ensures success.”
terry.kramer@anderson.ucla.edu
LinkedIn
https://twitter.com/terrykramer
Areas of Expertise:
About

A graduate of UCLA (B.A., ’82) and Harvard Business School, Terry Kramer has extensive technology and leadership expertise in the domestic and international telecommunications industry. Since beginning his career at Harris Corporation and Booz Allen Hamilton, Kramer has held executive roles at AirTouch, PacTel and Vodafone globally. At Vodafone, he was the group strategy officer, group HR officer and chief of staff. He was also regional president of Vodafone Americas, with responsibilities for oversight of Vodafone’s 45% interest in Verizon Wireless and Vodafone’s venture capital activities. He also served on the Executive Committee at Vodafone Group Plc.

During his tenure at Vodafone, he and his family moved no fewer than eight times to locations that included London, The Hague, Dallas, Phoenix and San Francisco. The benefit: “Living in so many different places, working in so many fundamentally different environments gave me a new appreciation of contextual leadership — how leaders must be adept at assessing the different context of each leadership role to ensure a dynamic nature to their style, achieving success for that unique environment.”

While serving as an entrepreneur in residence at the Harvard Business School between 2011 and 2013, Kramer was appointed by President Obama to serve as Ambassador, Head of U.S. Delegation for the World Conference on International Telecommunications in June 2012. This delegation formulated and communicated the U.S. policy regarding the criticality of a free and open Internet as well as an inclusive, multistakeholder governance, the need to proactively address cybersecurity threats and the need for liberalized, open markets that encouraged accelerated global broadband access. The conference was covered by CNBC, New York Times and Wall Street Journal.

No stranger to the field of academia (his parents were teachers), Kramer jumped at the opportunity to work at UCLA Anderson, as it provided “a chance to engage with the next generation of leaders.” An adjunct professor at UCLA Anderson since 2013, Kramer is a full-time faculty member, teaching the foundational technology management course, covering the impact of disruptive innovation on products, services, markets and competition. Another course on technology and society which focuses on the benefits that technology can bring towards societal goals in areas such as healthcare, transportation and education juxtaposed against a growing techlash in areas such as data privacy, anti-trust, future of work ...etc. and a final course--a global immersion focused on technology innovation and transformations in Shenzhen, Hong Kong and the greater China region. He is also the Faculty Director of the Easton Technology Management Center. Kramer is the Board Chair of Skylo Technologies and Harvard Business School’s California Research Center. He also serves on the advisory boards of RapidSOS and Jarbly U and UCLA’s Economics Department Board of Visitors.

Originally from San Carlos, California, Kramer and his wife, Suzan, currently reside in the San Francisco Bay Area, from which he commutes to Los Angeles regularly. Together they have developed a family foundation focused on education, health and human services, which “reflects our views about the impact of youth and education on our collective future.”