The Steinmetz Formula Works for Two Generations of Bruins

A father and daughter compare notes on their business school experiences

Carolyn Steinmetz (’11) calls her dad, Charlie (’77), her “professional idol and mentor.” It was Charlie who recommended that she study engineering and science while she was at Dartmouth and it’s his ability to grasp all the parallel and perpendicular paths to a particular goal that she tries to emulate. When Carolyn was choosing business school, she chose her father’s alma mater. 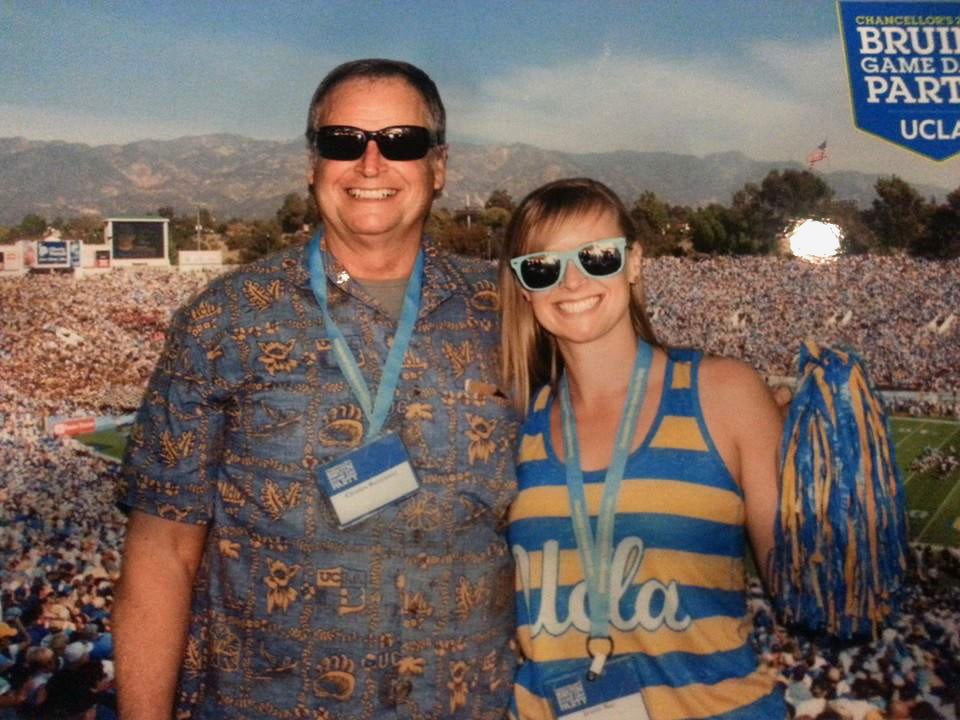 This was not a surprise. Carolyn is a “fourth-generation Bruin.” That her father is her idol and mentor is no surprise, either. In 2010, Charlie, president of JCA Associates, the Steinmetz Foundation and Tiernay Properties, was named one of Anderson’s Inspirational 100 alumni. Today, he splits his time between running the Steinmetz Foundation, which supports literacy programs in Southern California, and numerous archaeological organizations — a passion born of his mother’s love for museums and his father’s disinterest in going with her.

The Steinmetz affection and easy rapport was evident in our interview. Carolyn and Charlie laugh at each other’s jokes and anticipate what the other is about to say.

Q: Let’s start with an easy one: Can you tell our readers what you’re working on these days?

Charlie: I get to do the fun stuff because I don’t have to punch a ticket every day. We have the family foundation, but my real curiosity has always been archaeology. And I’ve been on the governing board of the Archaeological Institute of America for 12 years. I’m also on other international and national archaeological boards and committees.

Carolyn: He loved Indiana Jones as a kid.

Charlie: My hero (laughs). I knew him. I’m still on the board at UCLA for the Cotsen Institute of Archaeology, which is the No. 1 archaeological research institute in the United States, and I’m on the board for the Institute of Nautical Archaeology, which is at Texas A & M University, and does a lot of the deep-water archaeology in the world. At Scripps, they have a new program in marine archaeology and I’m working with their faculty and staff and developing that. So, that takes a good amount of time. And then second are the foundation-related issues.

What I really like to spend time on at the foundation is nonprofit leaders. They need a lot of help. Very few of them have good mentors. I’m also on the board for PBS SoCal; I’m really interested in the children’s education they do.

Carolyn: I’m still punching the clock and haven’t moved on to my board passions quite yet. But I do film finance and strategy for STX Entertainment, which is a startup entertainment studio in Burbank. It’s a great mix of concepts that appealed to me in business school — the entrepreneurship, the new business model and consumer-based industries.

I’m the third-longest tenured employee. We have about 150 people. It’s been an incredible growth experience. I negotiate financing and acquisition agreements and evaluate risk return characteristics of our film investments. On the side, I am the president and, technically, the CEO of a nonprofit women’s networking group, where we connect female senior executives on the business side of the entertainment industry and facilitate networking opportunities for them. 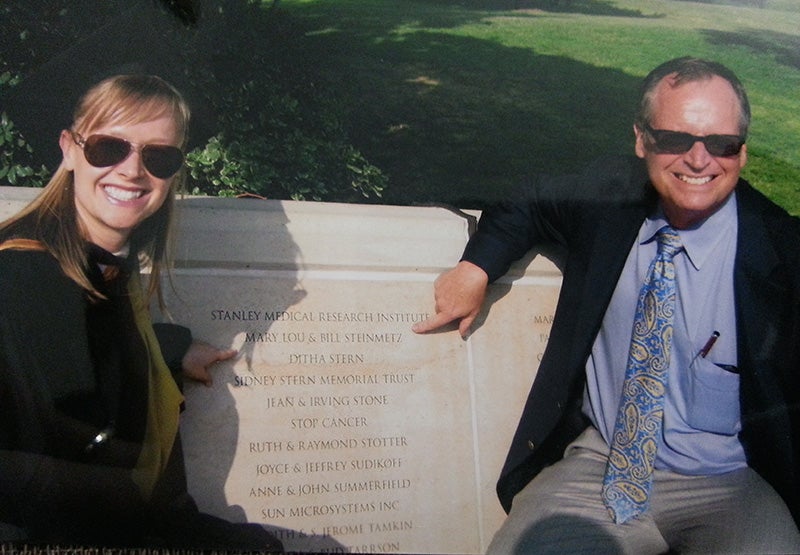 Q: You both are active in the UCLA Anderson Alumni Network, serving as your respective class presidents and, Charlie, you host alumni dinners in your home. Tell us about your experiences with the network.

Charlie: It’s grown fantastically over the last 40 years. And this is something that we all have to think about, to continuously improve our organization. Anderson has really done a great job of that. It wasn’t much when I graduated. Now, the Anderson network is worldwide.

Carolyn: I came to UCLA because of the strength of the network, especially in Los Angeles. Its networking has definitely opened key doors that have shaped my professional career. So, it’s really important to me to pay that forward to prospective and current (students) and recent graduates. I wanted to stay involved with my class in the alumni association because that seemed like a great way to make sure that the network remained strong as we progressed in our careers.

Q: What was your dad’s UCLA Anderson sales pitch?

Carolyn: Dad didn’t have an official pitch, it was more like a brainwash from day one. My first words were “Beat SC.” I went to college at a small private institution on the East Coast (Dartmouth). Dad and the rest of the family were a huge draw in my decision to come back to Los Angeles after years of living and working on the East Coast.

Q: Is there something that stands out from your days as an Anderson student that you still use in your work today?

Carolyn: I really like this question. I was in class and my classmates and I were ripping apart a case. Management hadn’t made the right decision, clearly. We were brilliant and insightful business students and we could do it a lot better with better results. And at the end of the hour, the professor asked a guest in the back if she wanted to comment on anything and the guest was the CEO in the case, a personal friend of the professor. She explained to us all of the factors that we had failed to consider because we were looking at it from an academic point of view, rather than in the weeds, (with a) holistic, educated point of view.

That experience always reminds me to consider factors that might not be on the radar of those who are making decisions. The best decisions are made when you roll up your sleeves. It also demonstrates the strength of UCLA’s network and access to resources for use in teaching.

Charlie: Well, mine was a little bit different because the school has improved a lot over 40 years. And, yes, I did learn the accounting; in those days, everybody wanted to work for a CPA firm or a consulting firm and there was very little emphasis, if any, on entrepreneurialism and operations management and running the organization and leadership.

But during our field study, we had a crash course in that. Our team (was) working for Pan American Airlines when they had the Tenerife crashes. (In the 1977 incident, Pan Am and KLM passenger jets collided on a runway on the island of Tenerife, killing more than 500 people.) In fact, our field study office at Pan Am became a war center for keeping track of all the bodies and itineraries. That was a real awakening in crisis management. And I really appreciated it because after that, I served in the military and that was all crisis management. It takes a different type of leadership style sometimes to work through those situations, and it makes you appreciate how to measure systems. That was a real wake-up for me that wasn’t in the class.

Q: Carolyn, Charlie seems to be at the “what I’ll do in the future” stage of his career. What do you see in your future?

Carolyn: I love working in the entertainment industry. I guess I want to continue along that path and really excel and be a key decision maker — a lot more of a thinker than a doer, as Anderson, I think, trains people well to be. And then I can retire and join all the boards and travel the world and go to Italy, like dad just did.