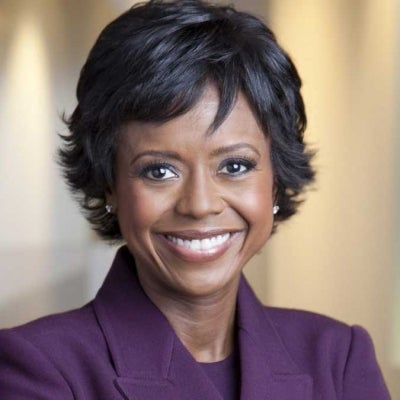 As Co-CEO of Ariel Investments, Mellody is responsible for all firm-wide management, including strategic planning and growth as well as every aspect of Ariel’s business beyond research and portfolio management. Prior to her formal appointment to Co-CEO, Mellody served as Ariel’s President for nearly two decades and functions as chairman of the board of trustees for Ariel Investment Trust.

Ariel Investments is headquartered in Chicago, Illinois, and has offices in New York City and Sydney, Australia. The firm manages assets of retirement plans, college saving accounts, and personal investment accounts. With strong ties to the community, Ariel is focused on making investing accessible for everyone. Individuals are able to invest $1000 in the firm’s mutual funds.

Mellody’s work outside Ariel is rooted in her passion for financial literacy and investor education. She is a regular contributor for CBS News, provides weekly money tips on the Tom Joyner Morning Show, and authors a column for Black Enterprise Magazine. In addition to serving as a financial expert in the media, Mellody channels her expertise in many boardrooms. She is Vice Chair of the Board of Starbucks Corporation, and also serves as a director of JPMorgan Chase and Quibi, a short-form video content company. Mellody is former Chair of the Board of DreamWorks Animation. As a Chicago-native, Mellody is involved in numerous organizations that focus on improving the city. She serves as Chair of After School Matters, a non-profit that provides Chicago teens with high-quality, out-of-school time programs. In 2017, Mellody became the first African-American woman to become Chair of the Economic Club of Chicago in its 90-year history, a two-year term which ended in 2019.

Beyond her philanthropic work in her hometown, Mellody is vice chair of World Business Chicago’s board of directors, co-chair of the Lucas Museum of Narrative Art and a board member of the Rockefeller Foundation, George Lucas Education Foundation and LACMA, the Los Angeles County Museum of Art. Time Magazine named Mellody as one of the 100 Most Influential People in the World in 2015. She has been awarded honorary degrees from Howard University, Johns Hopkins University, and St. Mary’s College. Mellody earned her AB from Princeton University’s Woodrow Wilson School of International Relations and Public Policy. In 2019, Mellody was awarded Princeton University’s highest honor, the Woodrow Wilson Award, presented each year to the alumnus or alumna whose career embodies a commitment to national service.