What’s the News in the November Payroll Release?

Los Angeles (January 10, 2020) — With the release of today’s December 2019 employment report, UCLA Anderson Professor Emeritus Edward Leamer offers an analysis of the data behind the report. Leamer, who is also director emeritus of the UCLA Anderson Forecast, writes that the latest payroll numbers show little actual change from last month, but hints at weakness in manufacturing.

Read on for Leamer’s analysis:

The December payroll release of 145,000 jobs is noticeably smaller than last month’s number of 256,000. But it is difficult to discern the real meaning of that big reduction because the payroll data have some extreme ups and downs, with a big increase followed in the next month by a corrective big decrease.

The real news in these releases can be captured by two smoothed series, one based on just the overall payroll data and another that includes the components of payroll data like nondurable manufacturing. The actual and the smoothed versions are illustrated in the figure below. 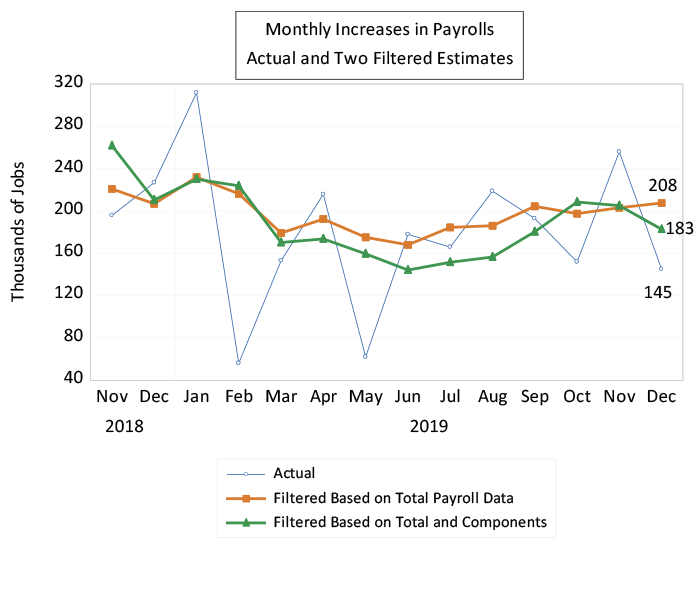 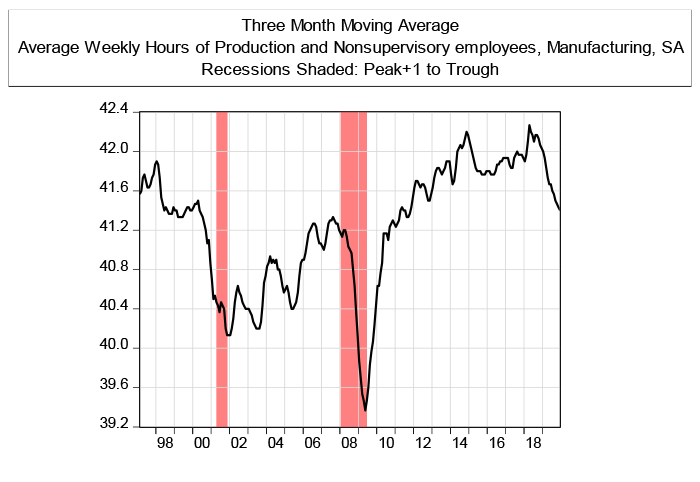 About UCLA Anderson School of Management
UCLA Anderson School of Management is among the leading business schools in the world, with faculty members globally renowned for their teaching excellence and research in advancing management thinking. Located in Los Angeles, gateway to the growing economies of Latin America and Asia and a city that personifies innovation in a diverse range of endeavors, UCLA Anderson’s MBA, Fully Employed MBA, Executive MBA, UCLA-NUS Executive MBA, Master of Financial Engineering, Master of Science in Business Analytics, doctoral and executive education programs embody the school’s Think in the Next ethos. Annually, some 1,800 students are trained to be global leaders seeking the business models and community solutions of tomorrow.