Paul Colichman’s (’85) Success in the Face of Resistance 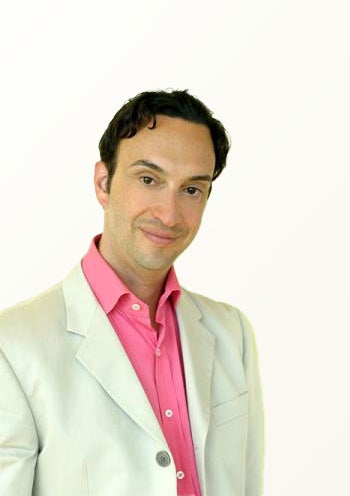 As a UCLA undergraduate, Paul Colichman (B.A. ’83, ’85) was a busy person. In addition to his studies, he volunteered to organize numerous activities, including the annual UCLA Mardi Gras that benefited the independently funded student philanthropy initiative UniCamp, as well as one of the earliest benefit concerts in response to the AIDS crisis; and he served on the ASUCLA Board of Control (now the Board of Directors) when he was a senior. For the admissions officers at UCLA’s Graduate School of Management, those years of service made up for a lack of business experience, and so Colichman became a new admit to the school. After earning his two degrees, Colichman kept his stride, producing major charity events and going on to produce or distribute hundreds of films, including the Academy Award-winning Gods and Monsters. As co-founder and CEO of Here Media Inc., Colichman is widely regarded as the foremost media entrepreneur of LGBTQ programming. His top interest today is using the power of media to influence benevolence and inclusivity, versus fanning the flames of hatred.

Fast Forward, from Moment to Movement

Read the story
Q: It would be great to hear about your motivation for starting Here Media. As an MBA intern there in 2020, I experienced Here as a well-established operation. What about the early days of building the company, what were they like?

I started Here Media in 2009 after having produced, at that point, 100-plus movies. I’m part of the gay community and therefore I knew the community well. At that time, gay independent movies were outperforming traditional independent movies dollar for dollar. There was a market that was clearly underserved.

The independent film business clearly had disruption in its future, and that disruption was going to be on-demand. When we started doing TV, on-demand was something people didn’t understand. They understood pay-per-view, but the concept of on-demand was incredibly new, and that provided an opportunity. I went to cable companies when other networks feared on-demand and I captured some of that digital real estate. I told them, “LGBT theatrical movies overperform. There’s a pent-up demand, let me see if I can build a cable channel focused on on-demand.” We ended up doing a combination.

Q: What encouraged you that the concept would succeed in the face of all that resistance?

One of the things that worked for me was the true belief that gay people were early adopters of technology. At the time, the cable companies wanted people who were going to adopt that on-demand technology, because they saw that as a strength for them over their satellite competitors.

For financial reasons, for social justice reasons, for technological reasons and for the fact that there was a market — that’s what made me decide to start.

Q: What in your UCLA Anderson experience was most useful in shaping your professional path?

The single best resource I ever had for leadership was Professor Sam Culbert. Sam has a unique style, super direct. He will look you right in the eye and call you on your stuff. His class changed my life in a way that none of my undergraduate classes had, and opened my eyes to a whole different way of looking at the world and at myself.

Sam cuts through the BS really quickly, and his class consistently challenged belief systems and attempted to show how other people think about the same situation but from their perspective.

Q: What are some of leadership tenets that helped you build Here Media?

When I acquired The Advocate and OUT Magazine in 2008, I did so because they had not adapted to digital. That was strange, as the company that owned them was an internet company. They owned gay.com and they knew everything about the internet and digital media. For some reason, they were unable to integrate content into their plan, which puzzles me to this day. Converting to digital ultimately became social media.

The thing that enabled me to keep up and stay ahead was the people skills that I gained, starting with that class with Professor Culbert and continuing throughout my business school career. I learned how to work with people, how to inspire people, how to integrate their self-interests, how to avoid paradigms that don’t.

Q: What remains your greatest challenge in your industry or your day-to-day business practice?

My biggest challenge is that it’s hard sometimes to separate my identity from my work.

When I owned The Advocate it was hard because there was a responsibility to represent the community through their premier publication. Here TV didn’t have a mandate to focus on social justice. The channel was an entertainment channel. But once you own The Advocate, you’re in the social justice business, like it or not.

I’ve had to evolve in my thinking about my community and myself, and I still have to do that every day. That is kind of my greatest challenge, to allow myself to continually evolve. As CEO of Here Media, that’s the whole job.

Q: It sounds like you ascribe great ethical purpose to your work.

I consider myself a media activist more than a political activist. I always believed in the power of media and media images, which now extend well beyond print and digital to social media. As much as social media has provided a tremendous access to LGBTQ+ people, the amount of hate that’s expressed in social media toward our community is so voluminous and so vicious. Frankly, you knew people hated you before, but it wasn’t as easy for them to show their hate as it is now.

I’m really worried about the ethics of media right now. I have a strong concern about AI-based algorithms that polarize the nation and focus on the identity politics. I’m particularly concerned about the bigotry that is affecting the national conversation.

Q: What advice would you give to new MBAs who are beginning the next phase of their career, especially those who want to go into media and entertainment, about navigating the ethics of the terrain?

I think these are the issues that a school like Anderson should address. How do we remove the toxicity of an ever-increasing artificial intelligence presence that is dividing us, and nearly destroyed democracy in this country? What do we do to stop that? It’s no small task, but it would be worthy of devoting your career to making the social media landscape primarily one free of AI-influence that fans the fires of hate.

If we don’t get our ethics in order as a business community, we’re going to have hell to pay.

Erica Jackey (’21) is a recent UCLA Anderson graduate who served as president of Anderson’s Entertainment Management Association. She was a Forté Fellow Ambassador and interned at Here Media in 2020.