Overcoming Myths and Misinformation to Help Those in Greatest Need

Leah Maddock Loh has always focused on complex, challenging issues in her work in health care. She has contributed to critical California efforts to curb teen pregnancy, for example, and has worked to combat misinformation that has led to relatively low rates of flu vaccination among African-Americans.

A double Bruin with a passion both for doing the right thing and for improving patient care, Loh has “always worked with controversial topics,” she explains. “A big part of my work in teen pregnancy was to help people overcome myths and misinformation.”

Now working in population care management at Kaiser Permanente in West Los Angeles, Loh may be more aware than most of the necessity of confronting damaging misinformation and misperceptions.

With grit and hard work, she overcame her own life challenges, exemplifying leadership along the way.

Two weeks after she graduated from high school, she gave birth to her son, William. Around the same time, her sister, a wife and mother of three children, was diagnosed with terminal cancer. Loh helped her sister’s family and also cared for her own child as she attended a nearby community college.

Over the next few years, she took jobs that allowed her to stay with her son, including managing their apartment building, while she worked her way through school.

“The days were long, but the years were short,” she says. “My son grew up on the Berkeley and UCLA campuses, surrounded by great minds pursuing dreams.” 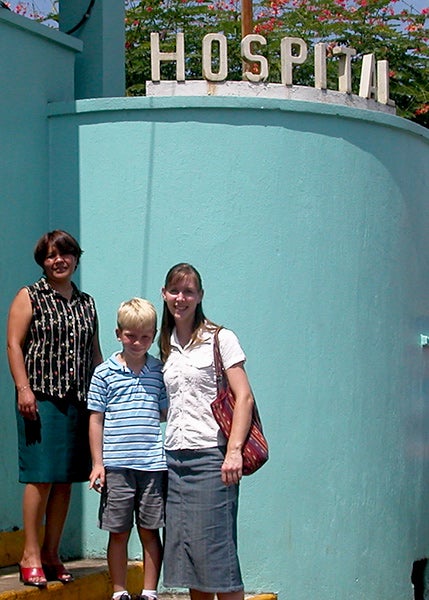 When Loh’s son William was young, he traveled with her to Guatemala, where she completed a four-month public health internship

Among many lessons, she says, “Those years taught me an incredible amount about health care. Not only was I witnessing my sister’s life thrown into the chaos of cancer, I had my own son and faced difficulty in obtaining care for him.” Her sister passed away before she could see Loh graduate from UC Berkeley.

In 2000, Loh earned her bachelor’s degree in cultural anthropology, with a focus on medical anthropology. She also spotted a lack of resources for student parents on the Cal campus and moved to fix that, creating the Berkeley Student Parent Association, which is still thriving.

She came south to UCLA for her Master of Public Health. While making a priority of her advanced education, Loh co-founded the Reproductive Health Interest Group at UCLA’s Fielding School of Public Health and the Healthcare Think Tank. She served on the board of McClymonds Youth and Family Center in Oakland and as a volunteer with Boy Scouts of America and manager of the Berkeley Youth Orchestra, among other community efforts. She and her son have traveled extensively together, and even did a four-month public health internship in Guatemala, where Loh worked for the Population Council.

After her first stint at UCLA, Loh spent a decade conducting research at UC San Francisco, managing teen pregnancy prevention projects and working to increase health care access for youth, among other priorities. 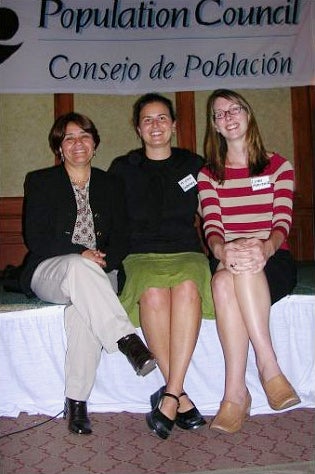 Now at Kaiser, she is dedicated to developing strategies to reach the highest-need patients. “I care deeply that patients have the best experience possible while navigating health conditions,” she says.

She decided to return to UCLA for her MBA in order to gain a deeper understanding of the business of health care, as well as to pursue her startup, Bump to Bundle, which helps people transition to parenthood. “Think wedding planner for pregnancy and early parenting,” she says. “We help people become the parents they want to be.”

As for her own son, she is proud to say, he is now 22 and has just started his master’s degree in biomedical engineering. He and his mother are both scheduled to graduate in June 2019, one week apart.

“I am incredibly proud of the resilient young man he has become,” she says.

No doubt he would say much the same about his resilient, remarkable mother.