Hollywood Shells Out For Diversity, But It Costs Much More Than Money

Like a big-screen blockbuster, the entertainment world’s response to the current movement for social justice and Black lives has been loud and dramatic. 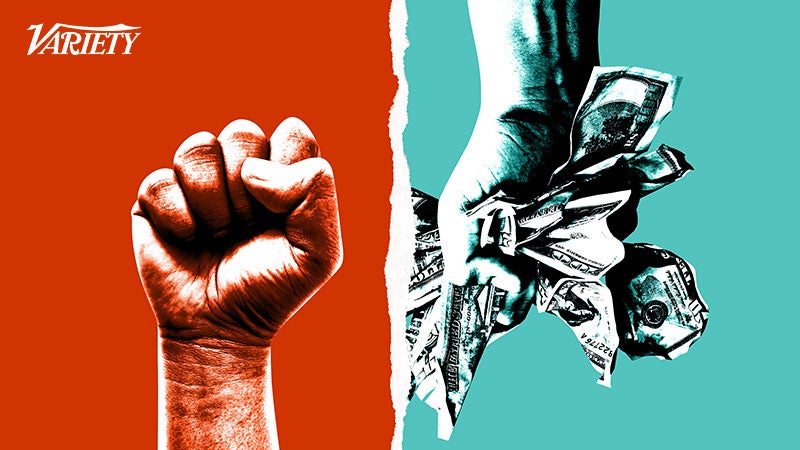 Jay Tucker (’09) is a marketer, educator and technology leader with more than 20 years of experience in the technology, academic and entertainment sectors. At UCLA’s Center for Management of Enterprise in Media, Entertainment and Sports (MEMES), Tucker is responsible for the center’s vision, thought leadership, educational offerings and major events, including the annual PULSE conference and the MEMES Media, Entertainment and Sports Summer Institute.
Originally published on Variety

In June, just weeks after the death of George Floyd at the knee of a Minneapolis police officer and in the midst of nationwide protests, Comcast said it would invest $100 million — $75 million in cash and $25 million in media — over three years to fight injustice. Netflix CEO Reed Hastings and his wife, Patty Quillin, announced a personal donation of $120 million for scholarships at historically Black colleges and universities (HBCUs), as well as a company commitment to deposit $100 million in Black-owned financial institutions. Disney pledged $5 million to social-justice organizations, including a $2 million kickoff donation to the NAACP. Other powerhouse film, television and music companies are stepping up as well with money, media coverage and support.

Hollywood’s response certainly evokes a sense of wonder: The scale of these initiatives and the speed with which they are rolling out have captured our attention, and collective praise, for all the right reasons. But these valiant efforts arguably fall short of soothing decades of legitimate, repeated and ongoing concerns about diversity and inclusion throughout the industry. Black storytellers and artists have long been overlooked for opportunities and awards, resulting in the 2015 #OscarsSoWhite hashtag, which would go on to underscore two consecutive years that demonstrated a stunning lack of diversity.

“With diverse leadership, clear goals and an unwavering bias toward action, the industry can reflect the talent, creativity, power and beauty of Black culture.”

Over the past few years, Black audiences have bemoaned the cancellation of television series that speak to racial representation, such as Netflix’s “Luke Cage” and “Underground” on WGN America. Today, as Black crew and business professionals still find themselves underrepresented on set and in meeting rooms, studies such as UCLA’s annual Hollywood Diversity Report estimate that over 90% of studio heads and senior executives remain white.

And yet consumers of all stripes cringe when brands launch promotional campaigns that trivialize the inequity, such as Pepsi’s 2017 ad that quelled a social-justice protest with Kendall Jenner handing an officer a Pepsi. Before that furor had even subsided, Nivea was slammed for promoting racist rhetoric in its “White Is Purity” deodorant print campaign. Both ads exhibited a fundamental lack of understanding of, and sensitivity to, Black culture—and the masses caught it all.

Despite the current outpouring, such concerns will take more than money to address. Today’s pledges of support go well beyond any diversity and inclusion programs launched in the past, and that is great news. But as with Hollywood blockbusters, a large outlay doesn’t always translate to success. For the media and entertainment industry to truly capitalize on this unprecedented—and hopefully watershed—social moment, we will need to embrace innovation and accountability on multiple fronts.

First, corporate leaders must seek game-changing results. Now that the industry is demonstrating a deep commitment to invest in a more equitable and inclusive Hollywood, executives must ensure that the target outcomes are worthy of that commitment. And the time is now for studios to show concrete progress. Given the over $1 trillion in Black spending power and the outsize impact the community has on popular culture, how many upcoming entertainment projects will be developed and created by Black talent? Given the size of budgets for theatrical releases, TV shows and live sports production, what percentage will go to Black-owned and operated vendors?

There are countless ways individual creatives can activate and engage multicultural audiences, but for true KPI success, it takes organizational commitment to deliver results. Companies need to lock in goals and strategies that are at once core to the business, measurable and sure to have tangible transformative impact. And they must be transparent about the goals themselves, not just the financial investments made toward the idea of those goals, as exemplified by CBS’ recent commitment to put 25% of its development budget toward projects created or co-created by Black, Indigenous and People of Color (BIPOC).

Still, even as additional farther-term investments are being evaluated, Hollywood can achieve substantial return on its inclusion efforts by building on — both financially and through donations of talent — pathways that already exist. Colleges, universities and nonprofits have long offered programs designed to ready students for entertainment careers, and many effort to nurture students from underserved backgrounds.

UCLA Anderson’s Center for Management of Enterprise in Media, Entertainment & Sports (MEMES) partners with HBCU beacon Howard University to provide a true taste of Hollywood, with site visits and internships included in the coursework. The program is supported by Lionsgate, WarnerMedia and other entertainment studios, yet schools around the nation struggle to secure the cash, housing, internships and in-kind donations that will give talented but marginalized students a leg up.

In 2018, the City of Los Angeles launched the Evolve Entertainment Fund, a public-private partnership aimed at forging a career route for communities historically excluded from the industry. Students earn scale while also having a key feedback loop with Hollywood stakeholders, invariably becoming stronger and more efficient industry potentials. Many studios and agencies have similar internal programs, and now is the time to pull in the continued insights and expertise of those already up the ladder.

New initiatives deserve a fair hearing as well, such as building accessible pathways to content development. Studios can outreach to make smaller, early stage investments in entertainment projects and independent production teams that reflect the perspectives of creators from underserved backgrounds and then follow through by fully funding them to fruition. This diversifies the community of creators and creates a substantially larger pool of options for the next round of releases.

When projects resonate with Black culture and community, everyone wins. Incredible movies and TV series, such as “Black Panther,” “Queen & Slim,” “Insecure” and “Atlanta,” have given Black creators a voice and showcased the culture in new and powerful ways. And as Hollywood develops more diversified stories, the dependence on sequels, mainstream novels and more traditional intellectual properties will make way for Afrofuturism, Afro-centric legends and Black pulp fiction. But it cannot happen without executives who are connected enough to Black life to identify high-potential projects.

The Black experience in America is a core element of our society and the quintessential hero’s journey. As Americans stand up for Black lives, let’s use this historic moment wisely. With diverse leadership, clear goals and an unwavering bias toward action, the industry can reflect the talent, creativity, power and beauty of Black culture. And if we channel these investments properly, Hollywood’s next act will be a must-see production.

Jay Tucker runs the Center for Management of Enterprise in Media, Entertainment & Sports (MEMES) at UCLA’s Anderson School of Management, where he partners with faculty, students and business leaders in the entertainment and technology sectors in exploring the future of the industry.
Follow Us: