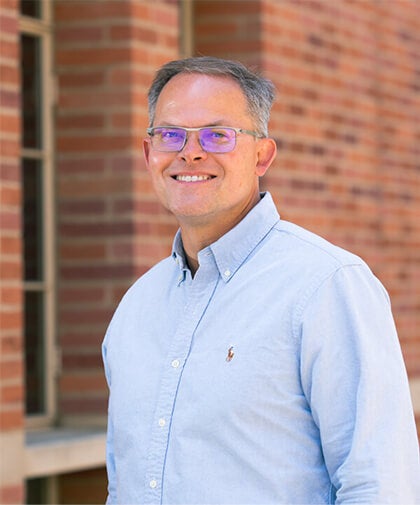 Joseph Jacobs Chair in Entrepreneurial Studies; Professor of Strategy; Faculty Research Director, Price Center for Entrepreneurship & Innovation
“I hope to expose students interested in the startup world to more of the academic research that’s out there, research that can help guide and inform their choices as investors, as founders and as startup employees.”
olav.sorenson@anderson.ucla.edu
https://www.anderson.ucla.edu/sites/default/files/documents/sites/faculty/strategy/SorensonCV0720.pdf
https://scholar.google.com/citations?user=e9rKlZ0AAAAJ&hl=en
https://www.olavsorenson.net/
https://twitter.com/OSorenson
Areas of Expertise:
About

Olav Sorenson joined the UCLA Anderson faculty in 2020. His primary stream of research pertains to economic geography, focusing on how entrepreneurship influences the growth and competitiveness of regions within countries, and on why some regions appear more supportive to entrepreneurs than others. “I was in graduate school in the mid-1990s at Stanford, in Silicon Valley, and it seemed like everybody and their brother was getting involved in a startup,” Sorenson says. “That’s really what got me interested in entrepreneurship and interested in ‘Why Silicon Valley?’ What was different about Silicon Valley than other places?”

He has called attention to unexpected consequences of the fact that social capital plays an important role in entrepreneurial success. Largely in recognition of this research, Sorenson received the 2018 Global Award for Entrepreneurship Research.

His secondary streams of research have addressed the relationships between basic science and innovation and how organizations can better learn from their interactions with customers and from their manufacturing experience.

In total, he has delivered nearly 400 research presentations and has had more than 90 papers published on these subjects, in journals such as Science, the American Journal of Sociology, the Journal of Financial Economics, the Review of Economics and Statistics, Administrative Science Quarterly, Strategic Management Journal and Research Policy. Sorenson serves as a department editor for Management Science and as a deputy editor at the American Sociological Review. He has also served in editorial positions at more than a dozen other journals.

Sorenson’s Venture Capital Strategy course is a version of one he’s taught since 2005. “My goal with that course is to do something that’s a little different from the typical venture capital course, which is usually about valuation and contract terms,” says Sorenson. “This course comes more from the perspective of someone who would be an active venture capital or angel investor, and some of the types of strategic decisions that are involved with that.” He’ll also be teaching Entrepreneurship and Venture Initiation, an introductory entrepreneurship course.

In addition to his research and teaching responsibilities, Sorenson joins the Harold and Pauline Price Center for Entrepreneurship & Innovation as faculty research director. In that role, he plans to build on the curricular offerings of the Price Center and create a research arm dedicated to entrepreneurial studies. Sorenson also plans to mentor student entrepreneurial teams within the Anderson Venture Accelerator and those participating in the school’s Business Creation Option field study.

Sorenson received his bachelor’s degree from Harvard College and his master’s and doctoral degrees from Stanford University. He has also received an honorary doctorate from Aalborg University.

Causal inference as a managerial problem (with Michael D. Ryall).

Startups and divorce (with Tünde Cserpes and Michael S. Dahl).

The persistent effects of initial success: Evidence from venture capital (with Ramana Nanda and Sampsa Samila). Journal of Financial Economics, 137 (2020): 231-248

Gender differences in how scientists present the importance of their research: observational study (with Anupam B. Jena and Marc Lerchenmueller). British Medical Journal, 367 (2019): I6573

Financing by and for the masses: An introduction to the special issue on crowdfunding (with Lee Fleming). California Management Review, 58 (2016): 5-19

Sorenson’s research is detailed at olavsorenson.net.