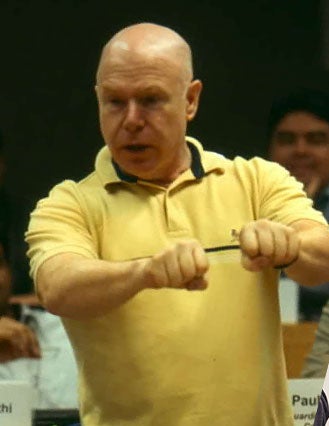 Richard Rumelt received his doctorate from the Harvard Business School in 1972, having previously earned a Master of Science in electrical engineering from UC Berkeley. He worked as a systems engineer at the Jet Propulsion Laboratories and served on the faculty of the Harvard Business School. He joined the UCLA faculty in 1976. From 1993 to 1996 he was on long-term leave from UCLA, serving on the faculty at INSEAD, France. At INSEAD, Rumelt headed the Corporate Renewal Initiative, a research-intervention center devoted to the study and practice of corporate transformation.

Rumelt was president of the Strategic Management Society from 1995 to 1998. He received the Irwin Prize for his book Strategy, Structure, and Economic Performance. In 1997, he was appointed Telecom Italia Strategy Fellow, a position he held until April 2000. He has won teaching awards at UCLA and received a best paper prize in 1997 from the Strategic Management Journal.

Rumelt’s research has centered on corporate diversification strategy and the sources of sustainable advantage to individual business strategies. His current research interests center on the dynamics of industry transitions, with a focus on the patterns and forces shaping the evolution of complex industries.

How would you describe a good corporate strategy?

Filmed and Edited for the Thinkers 50 by KDH Creative

Good Strategy/Bad Strategy: the difference and why it matters