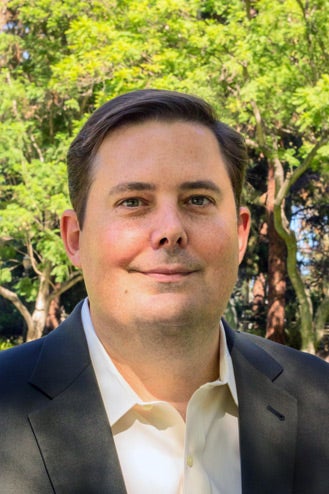 Associate Professor of Strategy
“We hear all the time that competitive advantage is about human capital – attracting, retaining and appropriately motivating the best employees. In my research and teaching, I aim to put science behind the question of how firms can use HR policies to generate sustainable improvement in their productivity and profits.”
ian.larkin@anderson.ucla.edu
(310) 825-5484, Office D-519
DOWNLOAD CV
Areas of Expertise:
About

An associate professor in the UCLA Anderson strategy group, Ian Larkin’s research is focused on compensation, incentives, employee motivation and human resources. His interest in the discipline comes compliments of his first job, with McKinsey & Company, where he spent four years as an associate and engagement manager in McKinsey’s Hong Kong and Silicon Valley offices, advising senior executives on corporate strategy in the banking and high technology industries.

Larkin began his academic career as an assistant professor at Harvard Business School. He returned to his native California by accepting a position with UCLA Anderson, which he calls “an outstanding school with a top MBA program and a close proximity to Silicon Beach, where so much is going on in the technology space” — his targeted industry of interest. His primary research has ranged from the examination of corporate awards and programs that companies utilize to recognize employee performance and their potential unintended costs to decision-making influenced by various sales tactics and their respective cost outcomes in numerous industries, including technology and medicine. He is currently looking at the effects that workplace wellness programs have on employee motivation and productivity, as well as “gamification” in the workplace, which uses nonmonetary rewards to encourage improvements in employee behavior.

Larkin’s research has been published in a number of professional journals, including the Journal of the American Medical Association, Management Science, Organization Science, Journal of Labor Economics, and Strategic Management Journal, and has been cited by leading media outlets that include The Wall Street Journal, The New York Times, Newsweek, Forbes, Slate, and National Public Radio. He is an Associate Editor of Management Science, a leading academic journal in business management and strategy.

Larkin received his bachelor's degree from the University of Arizona. He also spent time living in China, Japan and Taiwan, where he learned to speak conversational Mandarin Chinese and Japanese, which may have helped him land his first position with McKinsey. Larkin earned his Ph.D. at Haas School of Business at UC Berkeley.

When not in the classroom or conducting research, Larkin enjoys cooking (having studied the art professionally in France), traveling, writing fiction and supporting the Green Bay Packers, of which he is one of  more than 360,000 individual shareholders.

Forbes: “How to Demotivate Your Best Employees”
http://www.forbes.com/sites/hbsworkingknowledge/2013/04/08/how-to-demotivate

Slate: "Why Do Drug Reps Give Doctors Free Pens?"
http://www.slate.com/articles/news_and_politics/the_dismal_science/2017/05/free

Quartz: "The Way We Pay Doctors in the US Makes Them Find Problems That Aren't There"
https://qz.com/980339/how-doctors-get-paid-makes-a-difference