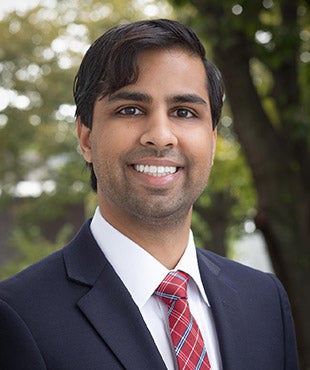 Ashvin Gandhi conducts his research predominantly at the intersection of industrial organization and health economics. He is particularly interested in how firm strategy interacts with health care policy and regulation.

One of his recent projects investigates whether health care providers pick their patients. He uses patient-level administrative data on skilled nursing facilities in California to identify and analyze discriminatory admission practices in the nursing home industry. Gandhi finds evidence of selective admission practices that disproportionately harm Medicaid-eligible patients with lengthy anticipated stays, in spite of anti-discrimination laws. He explores the potential effects of proposed policies intended to mitigate these discriminatory practices.

His current work with Shoshana Vasserman and Pierre Dubois asks what would happen if the United States were to regulate pharmaceutical prices to be lower than in other countries. They find that the dominant effect of such a reference pricing policy could influence pharmaceutical companies to raise prices in other countries rather than substantially lower their U.S. prices. They also find that the structure of such a policy plays an important role in its potential effects.

Other recent work of his with Prabhava Upadrashta and YoungJun Song investigates the impact of private equity (PE) ownership in the healthcare industry. They study PE acquisitions of US nursing homes and find that PE owners are more sensitive to competition than non-PE owners. As a result, PE ownership is neither uniformly good nor uniformly bad for patients: when competition is strong, PE owners improve quality relative to non-PE owners, while when competition is weak, PE owners take advantage of their market power by reducing quality. Their findings suggest that concerned regulators should pay particularly close attention to competitive incentives in the markets where PE acquisitions occur.

"Picking Your Patients: Selective Admissions in the Nursing Home Industry"

"Secret Shopper Data on Private Prices in the Nursing Home Industry From 2008 to 2010" (with Lacey Loomer, Fangli Geng, and David Grabowski). 2021. Medical Care Research and Review.

"The Political Economy of Legislation on Terrorism" (with S. Brock Blomberg and Gregory Hess). 2011.  Defence and Peace Economics