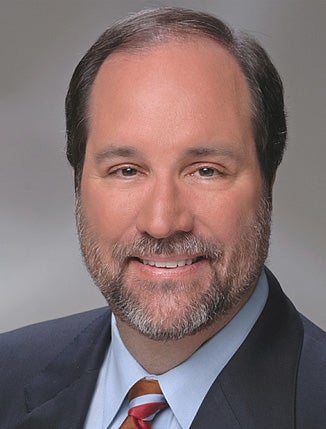 Jeff Moorad (B.A. ’78) serves as chairman of Morgan Lewis’s global sports industry initiative and as a principal of Morgan Lewis Consulting. He is also the founder and chairman of the Jeffrey S. Moorad Center for the Study of Sports Law at Villanova University School of Law, his alma mater.

Moorad’s professional career began shortly after he passed the California bar exam and joined the Newport Beach office of a Los Angeles-based litigation firm. Practicing law proved to be short-lived, as Moorad realized that his true passion was sports. He soon founded Moorad Sports Management and began specializing in athlete representation in 1983. Moorad’s client base took off in 1984 when he was retained by Will Clark and four other members of the U.S. Olympic baseball team, each of whom became Top 10 draft choices.

As co-principal of Steinberg & Moorad, Moorad guided the firm into TV and radio talent representation, as well as a variety of sports technology ventures, publishing projects and community charitable initiatives. In addition to his role as a sports agent, Moorad previously served as CEO and minority owner of both the Arizona Diamondbacks and the San Diego Padres of Major League Baseball.

Moorad is also active in raising funds to find a cure for amyotrophic lateral sclerosis (ALS), more commonly known as Lou Gehrig’s disease, through Augie’s Quest. The foundation is named after his good friend Augie Nieto, who was diagnosed with ALS in 2005 after he became one of the most successful innovators in the U.S. fitness industry as the founder, chairman and CEO of LifeFitness. Moorad spearheaded Augie’s Quest’s partnership with the Muscular Dystrophy Association (MDA) as well as assisted in fast-track research funding at Phoenix-based Translational Genomics Research Institute (TGen), where scientists have already made significant research breakthroughs in ALS. Moorad serves on TGen’s board and is an MDA vice president.

Moorad is a board member of UCLA Anderson’s Center for Management of Enterprise in Media, Entertainment & Sports (MEMES) and teaches the Business of Sports class, which is designed to enhance students’ national and international capacity to succeed in the highly global and complex marketing environment of the sports industry. He has been named to the annual list of the 100 Most Powerful People in Sports by the Sporting News on eight separate occasions.