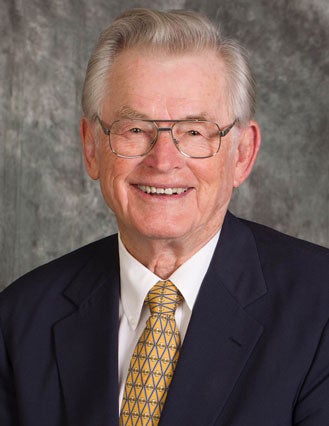 Archie Kleingartner is the former director of the UCLA Ziman Center for Real Estate, professor emeritus of management and policy studies at UCLA, and founding dean of the UCLA School of Public Affairs. In addition, he is the founder and chairman of the Human Resources Round Table (HARRT) and directs the U.S.-China Initiative at UCLA, which seeks to establish a research institute of excellence for the study of U.S.-China economic and business relations.

Kleingartner joined the UCLA faculty in 1964. He served as chairman and associate dean of UCLA Anderson between 1969 and 1971. During 1975–83, he served as vice president of the nine-campus University of California System. During 1992–93, he served as elected chair of the UCLA Academic Senate.

From 1997 to 1999 he was the first chair of the UCLA Information Technology board regarding policy and governance for IT at UCLA. He is the creator and director of a series of web-based research projects titled Global Windows: Guide to Business Effectiveness, which provide guidance and informational content on how to do business successfully with and in Japan, China and California (US). Since 1999, he has been chairman of Global Window Partners Inc., an internet learning company.

Kleingartner has written on international human resources management, worker productivity, employee relations, management of creative professionals and multimedia education in professional development and higher education. His current research is focused on the economic and business interactions between the United States and China, and effective use of information technologies for training and education.