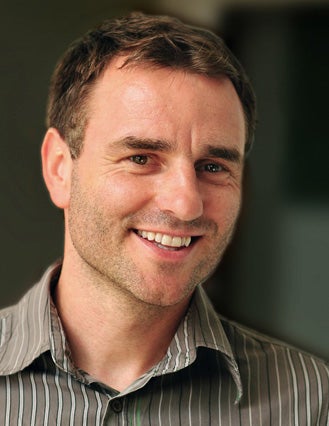 UCLA Anderson Dean’s Term Chair in Management; Professor of Global Economics and Management, GEM Area Chair
"In research, the question is not 'Can it be done?' but 'Are you the one to do it?'"
nico.v@anderson.ucla.edu
(310) 794-6382
/sites/default/files/documents/areas/fac/gem/CV_Nico_Voigtlander.pdf
http://www.anderson.ucla.edu/faculty/nico.v
Areas of Expertise:
About

Associate Professor Nico Voigtländer joined the Global Economics and Management Group at UCLA Anderson in 2008. His main areas of research — long-run economic growth, political economy and economic history — provide him with the tools needed to understand how economic growth works “as a prerequisite to addressing important questions, such as poverty, inequality and the transition to ‘clean’ growth,” he explains.

His most recent projects focus on the transition from stagnation to growth and why this structural break occurred first in Europe. He has also co-authored seminal contributions addressing the deep roots of anti-Semitism and on the rise of Nazi Germany. Another line of research investigates production networks, in particular how input-output relationships form and how they create multiplier effects that augment economic shocks.

As an academic, Voigtländer has taught microeconomics, economic growth and development economics at the graduate and undergraduate levels. When asked why he chose a career in teaching, he cites Prussian naturalist and explorer Alexander von Humboldt, who pointed to the synthesis between research and teaching, in that “teaching should be close to the ‘frontier’ of a field — it should be guided by current research.”

Voigtländer earned his Ph.D. in economics from Universitat Pompeu Fabra in Barcelona, Spain, the last year of which he was invited to University California, Berkeley, as a visiting researcher. In addition to his academic experience, Voigtländer worked as an associate for McKinsey & Co. and as a consultant to the German Stock Exchange. He has been a guest speaker and panelist at numerous national and international conferences, covering topics that range from the effects of trade on firm productivity to the role of highway building in the rise of Hitler to Nazi Germany’s dictator. He serves as an associate editor of the Journal of the European Economic Association, Explorations in Economic History, and the Journal of Development Economics.

An avid soccer player, Voigtländer has played with several semi-professional teams and won regional and national athletic awards in Germany. He is fluent in a number of languages, including German, Spanish, French and Italian and can get by in Catalan. And he is living proof that one can enjoy a high quality of life in Los Angeles without a car, as he bikes 17 miles daily to and from UCLA.

“Bowling for Fascism: Social Capital and the Rise of the Nazi Party in Weimar Germany, 1919-33” (with S. Satyanath and J. Voth) Journal of Political Economy [pdf]

“Exporting and Plant-Level Efficiency Gains: It’s in the Measure” [pdf] (with A. Garcia), revision requested by the Journal of Political Economy