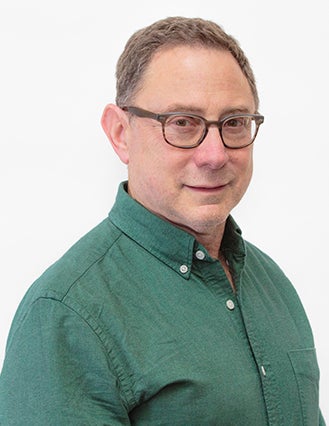 Dan Nathanson is an entrepreneur, executive, investor, consultant and educator. He has a 25-year record of success in building businesses, creating financial value and helping entrepreneurs succeed. He is a visiting assistant professor at the UCLA Anderson School of Management, where he teaches Small Business Management and Business Plan Development, and is a faculty advisor in the AMR, GAP and SMR field study programs.

Nathanson began his executive career as the chief corporate planner in charge of mergers and acquisitions at Vernitron Corporation, a publicly traded diversified electronics firm. As the executive vice president, he was responsible for the overall direction and financial performance of the company.

Nathanson then founded and served as CEO of Computerized Retail Systems (CRS), a nationwide, turnkey, point-of-sale computer company. Nathanson grew this state-of-the-art technology company from its inception to become the leading company in its field.

After selling CRS in 1993, Nathanson became a clinical assistant professor at NYU's Stern School of Business, where he taught entrepreneurship and business strategy. While at NYU, he founded the Entrepreneurs Resource Group (ERG) a consulting firm specializing in helping small-to-mid-size firms successfully grow their business. He also served as chairman of two groups of CEOs for The Executive Committee (TEC), now renamed Vistage. Vistage is an international organization of CEOs with more than 14,000 members. CEOs meet regularly in small groups to help each other run their businesses more effectively.

In 1999, Nathanson founded and currently serves as CEO of Washington Square Capital Fund (WSCF), a formalized angel group that invests in early-stage companies. In 2000, Nathanson left Stern to become the CEO at Tickmark Solutions. In less than 18 months, under Nathanson's leadership, the revenues of this software company rose from $500,000 to almost $4 million. In 2002, he engineered the sale of the company and investors realized a 40 percent return on investment in a very difficult market environment.

Nathanson went on to serve as the CEO and president of a promotional products firm followed by an asset management venture. At these companies, Nathanson successfully directed the organizations' growth and worked with the companies' founders to develop strategies, build infrastructures, create business plans, raise capital, attract investors and establish important strategic relationships.

In 2008, Nathanson accepted a teaching position as a visiting assistant professor at the UCLA Anderson School of Management and has resumed his mission of helping entrepreneurs succeed as the CEO of the Entrepreneurs Resource Group.

Nathanson holds a Ph.D. from the Wharton School of the University of Pennsylvania, an MBA from NYU's Graduate School of Business and a B.A. from Washington University in St. Louis. His publications include Strategy Implementation: The Role of Structure and Process (Galbraith and Nathanson, West Publishing Company, 1978) and various articles on business strategy and organizational design.