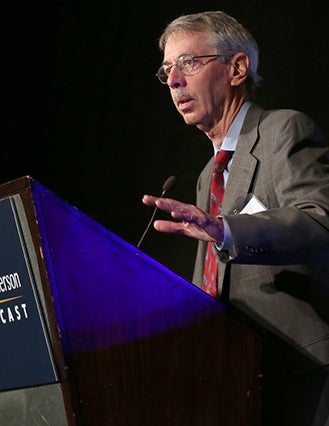 Distinguished Professor Emeritus of Global Economics and ManagementDirector Emeritus, UCLA Anderson Forecast
"Business is all about answering ambiguous questions and learning to approach problems analytically allows you to deal with ambiguity in both your day-to-day and business lives."
edward.leamer@anderson.ucla.edu
(310) 206-1452
https://www.anderson.ucla.edu/sites/default/files/documents/areas/fac/gem/Leamer/Leamer Vita.pdf
https://scholar.google.com/citations?user=hXmzBTMAAAAJ&hl=en
https://www.linkedin.com/pub/edward-leamer/2/2a2/697
Areas of Expertise: 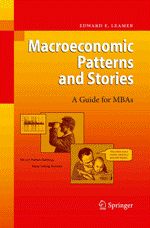 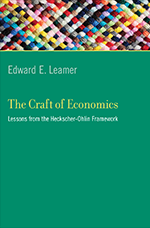 The Craft of Economics
Lessons from the Heckscher-Ohlin Framework 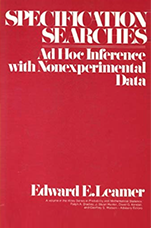 Edward Leamer served as UCLA Anderson’s Chauncey J. Medberry Professor of Management and professor of economics, professor of statistics and director of the UCLA/Anderson Business Forecast Project. His philosophy on education is straightforward.

“I’m trying to teach students to think,” Leamer, who teaches macroeconomics, says. “MBA students should graduate with the ability to think analytically and I provide situations in the classroom to help them do just that. In my classes, we turn numbers into knowledge. Business is all about answering ambiguous questions and learning to approach problems analytically allows you to deal with ambiguity in both your day-to-day and business lives.”

After serving as assistant and associate professor at Harvard University, Leamer joined the UCLA faculty in 1975 as professor of economics.  In 1990 he moved across campus to UCLA Anderson and was appointed to the Chauncey J. Medberry Chair. He is a fellow of the American Academy of Arts and Sciences, and a fellow of the Econometric Society. In 2014 he won the award for Outstanding Antitrust Litigation Achievement in Economics, awarded annually by the American Antitrust Institute.

Leamer’s work has been impactful beyond the classroom and his academic research. As director of the UCLA Anderson Forecast, he influenced business practitioners in every field. For example, in his December 2000 forecast, the UCLA Anderson Forecast stood virtually alone in predicting the 2001 recession. In a special release on September 12, 2001, the Forecast correctly analyzed the likely unimportance of 9/11 for the evolution of the recession. In June 2002, Leamer began warning about a momentum-driven overheated housing market that was sure to cause problems for the economy in the future. In August of 2007 at the annual Federal Reserve Jackson Hole Symposium, Leamer argued for special targeting of housing in a paper titled “Housing IS the Business Cycle.”

Leamer is a research associate of the National Bureau of Economic Research and has been an occasional visiting scholar at the IMF and the Board of Governors of the Federal Reserve System. He has served on the Councils of Economic Advisors or Governor Wilson, Governor Schwarzenegger and Mayor Garcetti. He has been on the Advisory Board of the Bureau of Economic Analysis. In 2005–06 he chaired a panel of the National Academy of Sciences on outsourcing and delivered the report to Commerce and to Congress.

He has published over 120 articles and five books and reminds those interested to hurry to Amazon.com to purchase his most recent books: either Macroeconomic Patterns and Stories, or The Craft of Economics. His research papers in econometrics have been collected in Sturdy Econometrics, published in the Edward Elgar Series of Economists of the 20th Century. His research in international economics and econometric methodology has been discussed in New Horizons in Economic Thought: Appraisals of Leading Economists.

UCLA Anderson Forecast’s final quarterly report of 2014 delivers the good news that the U.S. economy likely will grow during the next two years (at a rate of 3.0%), as lower oil prices and higher wages bolster consumer spending, with the unemployment rate falling to 5.0% by the end of 2016. Aggressive corporate spending in equipment and software will fuel this growth. Read more »

When Los Angeles Mayor Eric Garcetti last month proposed raising the minimum wage across the city to $13.25 an hour in 2017, he rekindled a long-running debate between the business sector, organized labor, city leaders and economists, among other groups. Read more »


‘Los Angeles Has Work to Do on Job Creation,’ Say Ed Leamer and Dean Judy Olian

Ed Leamer is traveling to Mexico City with Los Angeles Mayor Eric Garcetti this week on the first international trade mission of his administration. Leamer, director of the UCLA Anderson Forecast and Chauncey J. Medberry Chair in Management, is part of a delegation focusing on increasing tourism and investment in Los Angeles, as well as encouraging businesses and companies to locate to the city. Read more » 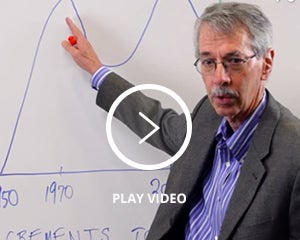 Professors Ed Leamer and Jerry Nickelsburg provide insight into the recovery and what the future holds for the U.S. and California respectively. 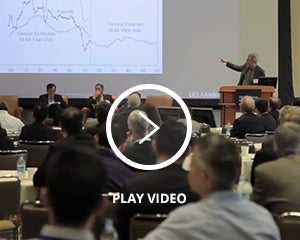