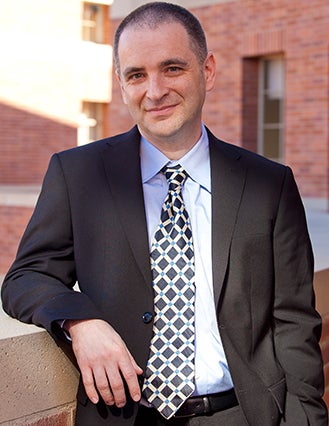 Ivo Welch is Distinguished Professor of Finance and holds the J. Fred Weston Chair in Finance at UCLA Anderson. A member of the Anderson faculty from 1989 to 2000, he spent five years at Yale’s School of Management and six years in Brown University’s economics department before rejoining Anderson in 2011.

Widely regarded as one of the more influential economists of his generation, Professor Welch has authored numerous publications with far-reaching citation impacts. Most recently, he won a prestigious Humboldt Research Award. His papers have won best paper awards in the major finance journals, and he twice received the Michael Brennan Award. He has recently served as the director of the UCLA Anderson Fink Center and the American Finance Association and is a National Bureau of Research (NBER) research associate. He has written a free textbook on corporate finance and is the editor of the Critical Finance Review.

Known for his work on informational cascades, he has also published in a variety of other areas, such as initial public offerings, capital structure, dividends, market-timing, performance evaluation, earnings management, overconfidence, socially responsible investing and bankruptcy.

A comprehensive look at the empirical performance of equity premium prediction
I Welch, A Goyal
Review of Financial Studies 21 (4), 1455-1508

On the evolution of overconfidence and entrepreneurs
Antonio Bernardo, I Welch
Journal of Economics & Management Strategy 10 (3), 301-330

The Effect of Socially Activist Investment Policies on the Financial Markets: Evidence from the South African Boycott*
SH Teoh, I Welch, CP Wazzan
The Journal of Business 72 (1), 35-89