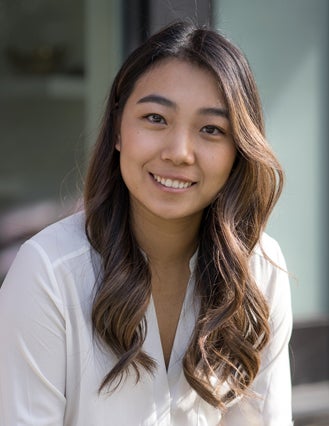 Assistant Professor of Finance
“The overarching goal is to train MBA students to make better financial decisions, both as future entrepreneurs and as potential investors.”
xinxin.wang@anderson.ucla.edu
https://www.anderson.ucla.edu/sites/default/files/documents/sites/faculty/finance/Xinxin_Wang_CV_2020.pdf
https://sites.google.com/view/xinxinwang/home
Areas of Expertise:
About

Xinxin Wang joined the UCLA Anderson School of Management faculty in 2020. She studies the changing landscape of entrepreneurial finance and how new paradigms of funding influence decision making.

“Entrepreneurial finance is exciting because it often lies outside the traditional financial system of banks and capital markets,” Wang says. “It’s resource allocation, but applied to new ventures with the potential to disrupt and reshape industries.” Examples include crowdfunding, angel financing and the rise of new securities and contracts like SAFEs and venture debt. “Because of how new these forms of financing are, we need fresh research to understand their impact on businesses and investors.”

Wang’s research agenda strives to understand the relationship between financial markets and real economic output in terms of entrepreneurship and innovation. She’ll be bringing examples of her work into the classroom by teaching MBA students how to finance and scale high-growth startups. “I wanted the class to be broader than a traditional venture capital class to cover the varied financing options at each stage of a startup’s lifecycle, from seed to later stage,” she says.

Wang began her academic career as an assistant professor of finance at the University of North Carolina’s Kenan-Flagler Business School. She earned her Ph.D. at UC Berkeley, where, in 2011, she was the first woman in the most recent four finance cohorts. Her arrival at UCLA Anderson represents progress in gender equity in her field that she hopes will influence her students. “When female students see that 80% of their finance professors are white males, they don’t pursue a career in finance. I can personally testify to both the strength of diversity and the benefits of representation. I was lucky to have had strong female mentors. I aim to provide the same support and mentorship to the next generation of undergraduate and graduate students.”