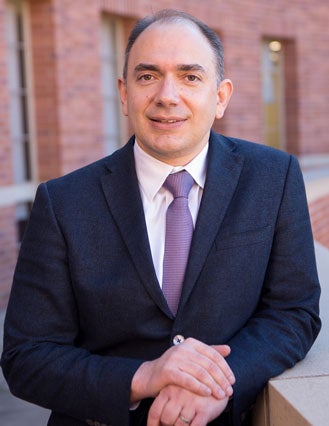 Professor of Finance
“Teaching is the most rewarding job. Every year, the excitment of the new students keeps renewing my enthusiasm for economics.”
stavros.panageas@anderson.ucla.edu
Personal Website: https://sites.google.com/view/stavrospanageas/
CV
Google Scholar
Personal Website
UCLA Anderson Review
Areas of Expertise:
About

He has worked as a fixed income quantitative analyst for Fidelity Investments and was a co-founder and board member of AIAS NET, one of the first Greek internet service providers. Panageas's research has appeared in prestigious academic journals such as American Economic Review, Econometrica, Journal of Political Economy, Journal of Finance, Journal of Financial Economics and Journal of Monetary Economics. His work has been presented at leading universities and conferences worldwide.

Panageas is the recipient of the 2012 Smith-Breeden Prize for the best capital markets paper in the Journal of Finance, the Utah Winter Finance Conference Best Paper Award, the Four nations Cup, a Rodney White Research Grant, two Geewax, Terker Prizes in Investment Research from the Rodney L. White Center for Financial Research, and a Paul Alther Prize for the best undergraduate thesis at the University of St. Gallen.