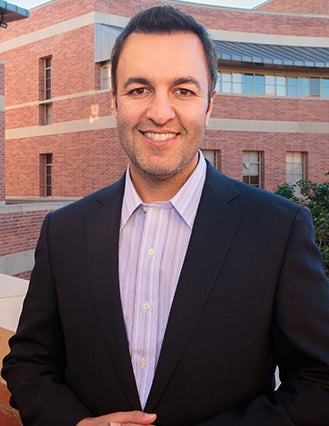 Paul Habibi is a Continuing Lecturer of Finance and Real Estate at UCLA Anderson Graduate School of Management and Lecturer in Law at UCLA School of Law. He is consistently a top finalist for the Teacher of the Year Award and began his teaching career at UCLA in 2004.

He is also Principal of Grayslake Advisors, LLC, which provides expert witness and litigation support services to large multinational law firms, Fortune 500 companies, and government and regulatory agencies. The firm has been retained in some of the highest profile cases in the country. Its clients include Goldman Sachs, McKinsey & Company, the U.S. Securities and Exchange Commission, the U.S. Attorney's Office, and the Federal Bureau of Investigation.

He previously worked as an Investment Banking Associate at Bank of America/Merrill Lynch, Manager of Transaction Support with The Walt Disney Company, and Audit Manager with Arthur Andersen LLP.

He holds an MBA with Highest Distinction, under merit scholarship, from the Ross School of Business at the University of Michigan, where he received the David T. Shelby Award. He also holds a BA in Economics and Accounting from UCSB. He is a licensed Certified Public Accountant and Real Estate Broker.

He serves as an Industrial Advisor for EQT Partners, a Swedish private equity group of 18 funds with $30 billion in capital. He is also an early investor and Member of the Board of Advisors of Knock, a venture–backed real estate startup led by founding team members of Trulia. Active in the community, he is a Member of the Board of Directors of Pacific Charter School Development.