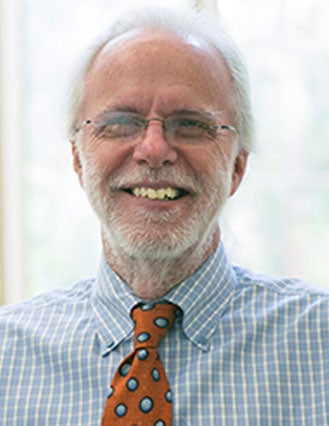 Kevin McCardle is a professor of decisions, operations and technology management with a focus on operational decision analysis, an area of study analyzing the structure of business decisions that can be modeled mathematically.

A key focus of McCardle's research interest is in mathematical models of decision-making, specifically the role of information and risk attitudes in decisions that are made sequentially or competitively. His most recent work analyzes the planning of production schedules to maximize consistency in quality and balance. McCardle's research has been funded by the National Science Foundation and by Chevron.

A member of the UCLA Anderson faculty since 1999, McCardle was senior associate dean and director of MBA programs from 2007 until 2010 and chaired the Academic Charges Committee in 2013. He has authored more than 30 papers and currently serves as the area editor for decision analysis at Operations Research.

Professionally, McCardle has published in and been recognized by several scholarly journals and honored with teaching awards that include the Citibank Teaching Award in 2004 and the Neidorf Decade Teaching Award in 2009, as well as the UCLA Rosenfeld Distinguished Community Partnership Prize in 2006 and in 2014, and the La Force Award, which honors outstanding service by faculty.

McCardle also finds time to serve as board chair of the St. Joseph Center, which provides working poor families and homeless men, women and children with the inner resources and tools to become productive, stable and self-supporting members of society.

Early in his career, while working on his Ph.D. in mathematics, McCardle was employed full-time as a mathematical analyst at RAND Corporation, Hughes Aircraft and then TRW.