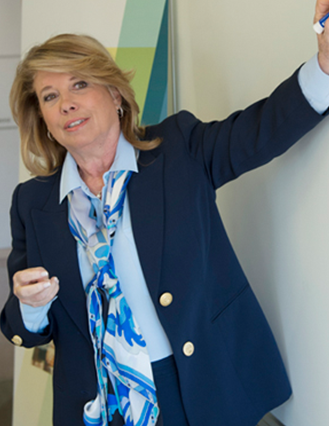 Senior Continuing Lecturer in Decisions, Operations and Technology Management
“My work is all about empowering the underserved families in the United States with the knowledge to live healthier lives.”
aherman@anderson.ucla.edu
(310) 825-5681
Areas of Expertise:
About

Her research interests include data analysis and project management, particularly involving early childhood education and health care management systems. Herman has been a key contributor to several programs conducted by the Harold and Pauline Price Center for Entrepreneurship & Innovation. Through the UCLA Health Care Institute, Herman has developed, tested and implemented a portfolio of health promotion and prevention training materials that integrates management theory and practice. Herman is committed to bringing health literacy training to at-risk, low-income families across the United States who represent many cultures, ethnicities and languages and, to that end, materials have been translated into seven languages. Since its inception, the program has trained more than 140,000 families across the United States.

"My work is all about empowering the underserved families in the United States with the knowledge to live healthier lives," Herman says.

Herman has received several awards for outstanding teaching, including the Head Start-Johnson & Johnson Outstanding Teaching Award and the Citibank Teaching Award. She has also published several articles in peer-reviewed journals such as Journal of Community Health, Pediatric Emergency Care and the Journal of Health Communication. Fluent in Hebrew, French, Italian, Romanian, German and English, she was previously an associate professor of statistics on the faculty at the University of Paris prior to joining UCLA Anderson in 1989.