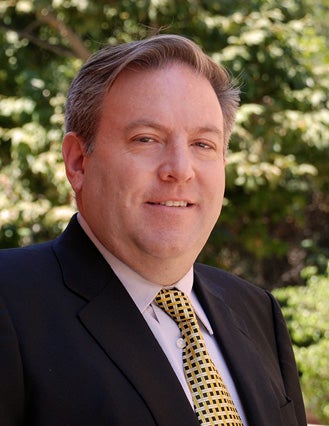 Continuing Lecturer in Accounting
“I am reminded of Albert Einstein’s admonition, ‘Everything that counts cannot necessarily be counted.’ Learning accounting or any quantitative discipline, without a concomitant emphasis on ethical behavior, is not a true education.”
gklein@anderson.ucla.edu
(310) 825-1832
http://www.anderson.ucla.edu/Documents/areas/fac/bios/KleinCV1607.pdf
Areas of Expertise:
About

Gordon Klein is an attorney, registered Illinois CPA and long-time teacher whose interest in education began at age 23 while studying law at the University of Michigan. He had an opportunity to teach accounting at Michigan’s Ross School of Business before making the decision to relocate to Los Angeles.

Klein moved to the West Coast with the intention of practicing law and pursuing his sideline as a professional jazz/pop keyboard player. His interests in law and music merged when his professional interactions with a legendary rock star led to his playing keyboard with this client’s band at several concert venues.

In Los Angeles, Klein practiced commercial law before leaving the profession to pursue entrepreneurial interests, which included the development of a financial publishing business and serving as a consultant to major investment banks and investors. He resumed a teaching career at UCLA Anderson in 1981, later adding UCLA School of Law and Loyola Law School’s LLM in taxation program to the roster of institutions where he taught classes.

In addition to his academic commitments, Klein is a well-known court-appointed referee, arbitrator of commercial disputes, State Bar consultant and television commentator. He has also served as an expert in numerous well-publicized cases involving Doctor Dre, Apple, the wrongful death of Michael Jackson and renowned investor Peter Thiel.

He has served as the sole accounting expert for the General Motors’ bankruptcy trustee and has played an important role in reforming our mortgage lending system by testifying for the Department of Justice, Fannie Mae and Freddie Mac against lenders and securities issuers that engaged in fraudulent practices. He has testified in the Delaware Court of Chancery in a landmark case concerning solvency and shareholders’ rights.

He is the author of Ethics in Accounting: A Decision-Making Approach, a widely-used textbook on accountants’ professional responsibilities. With his expertise in the CPA exam and accountant liability, Klein has trained more than 8,000 California financial professionals to pass the CPA exam. He is a member of CalCPA’s education committee.