The executive MBA team represents a cross-section of business functions and specialties, such as marketing, finance, technology, and operations. Each of these individual professionals brings, on average, 15 years of work experience to your project.

Not Ready to Apply? Make a Quick Connection

Introduce yourself and stay up to date on what the Executive MBA Field Study program can offer you.

A Program With Real Benefits

On average, UCLA Anderson Executive MBA students are 39 years old, fully employed, multi-talented and have an average of 15 years of professional experience.

Work directly with students to evaluate the current strategic plan, corporate growth strategies and market opportunities to define the depth and scope of the project.

Conduct and Analyze the Research

Embark on Your New Strategic Plan

Executives return to UCLA to receive a comprehensive business plan and observe the teams’ findings as they are presented to a panel of expert judges.

Global Reach of Our Recent Projects

John Blevins is a noted technology strategist who specializes in developing business opportunities to take advantage of emerging technologies and their marketplace application. Working with corporations, governments and academic institutions, he creates digital transformation plans which allow traditional enterprises to compete in our digitized business environment. He works with venture capital portfolio firms to develop digital asset monetization strategies for rapid growth and market expansion. His work experience includes Deloitte Consulting, Microsoft, Oracle, and Shell Oil where he held a variety of technology and management roles. Professor Blevins has a Bachelor of Science in Civil Engineering with heavy concentration in Speech Communications from the University of Alabama, as well as a Master of Business Administration from the UCLA Anderson School of Management.

From 2010 to 2018, Ted Russell served as Executive Vice President of Business Affairs for Digital, Home Entertainment and Television Distribution at Fox Entertainment Group. In that role, Mr. Russell ran the worldwide teams that developed, negotiated and documented the company's content distribution agreements, strategic partnerships and investments. Mr. Russell served as Senior Vice President of Litigation for Fox Entertainment managing film and television, and sports broadcast and digital rights. He is a former litigator at Gibson, Dunn & Crutcher LLP, following a judicial clerkship working for the Honorable John Davies in the US District Court for the Central District of California. He teaches courses in negotiation and ethics to law school and business school students at USC and Pepperdine, as well as his faculty advisor role for UCLA Anderson. Mr. Russell has a B.A. in Government from the College of Arts & Sciences at Cornell University, a J.D. degree from USC Gould School of Law, and an MBA from UCLA Anderson. 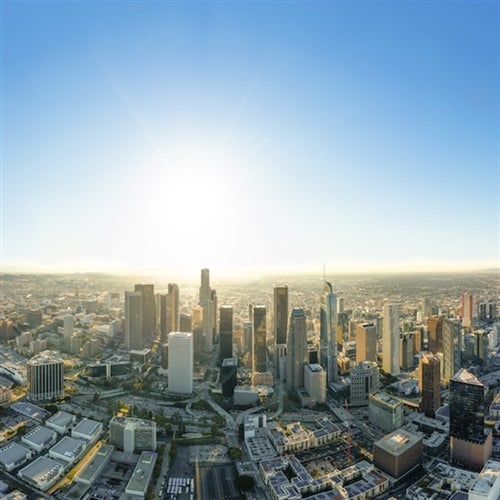 We apply 75% of your fee directly back into your project’s research.