Skip to main content
A Dialogue on Equity by Anderson
Friday, May 14, 2021

A Dialogue on Equity by Anderson is a daylong summit promoting equity and inclusion for minority identities in business. This year’s theme, “Our Differences, Our Power,” celebrates achievement across intersectional identities while exploring opportunities for continued personal and professional growth. This inaugural summit will aim to address and translate experiences of systemic marginalization into narratives of empowerment and success.

A Dialogue on Equity offers an inclusive and uplifting space for all who identify as a member of a minority group, including, but not limited to, women, people of color, the LGBTQ+ community and people with disabilities. Our programming encourages all attendees to engage in their personal and professional enrichment while being cognizant and considerate of the space they occupy. 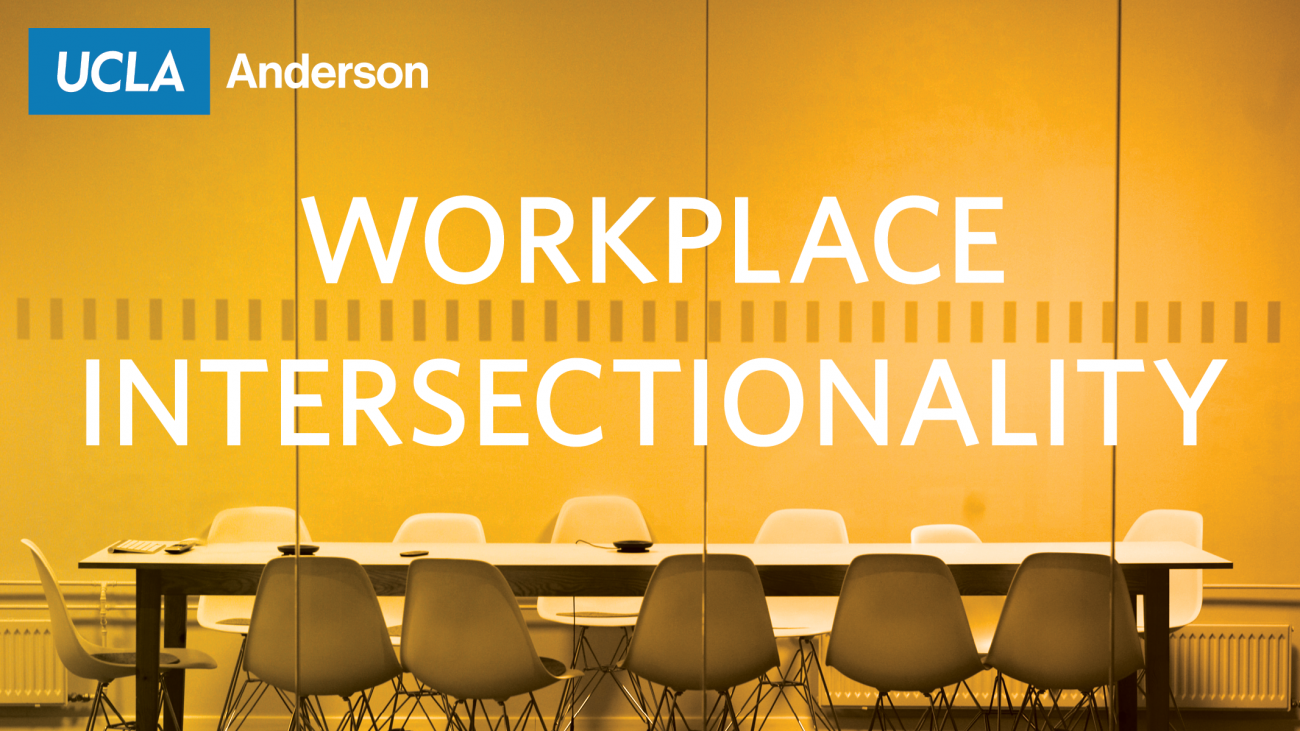 Workplace Intersectionality and Showing Up as You Are How to Harness the Power of Personal Identities

Expressing your best self and owning your value
Watch Now 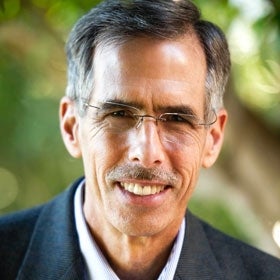 Previously, Dr. Tracy was vice president of Engineering & Mission Assurance for Boeing Integrated Defense Systems. He was elected a Member of the National Academy of Engineering and an Honorary Fellow of the American Institute of Aeronautics and Astronautics. He is a Fellow of the Royal Aeronautical Society and of the American Society of Mechanical Engineers (ASME), and is the past chair of the ASME’s 6,000-member Aerospace Division.

Dr. Tracy has authored more than 35 publications in the areas of composite structural mechanics, launch vehicle structures, smart structures and aging aircraft. He has received numerous Hispanic engineering honors, including being named to the HENAAC Hall of Fame in 2009 and being presented the Renaissance Engineer Award from the Society of Hispanic Professional Engineers in 2014. 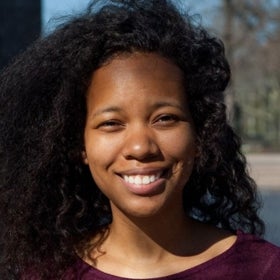 Cynthia Andrianjatovo is a first-year MBA student and Consortium Fellow at the UCLA Anderson School of Management. After diving into as many of Anderson’s equity, diversity and inclusion (EDI) initiatives as she could, Cynthia is now the VP of intersectionality and inclusion for the Women’s Business Connection and the VP of allyship for the Alliance for Latinx Management Association. She also serves on the EDI committee for the Anderson Student Association as well as the planning team for Anderson’s Anti-Racism Working Group. Her passions include fostering cross-cultural connections, building inclusive spaces and planning EDI events with her friends. 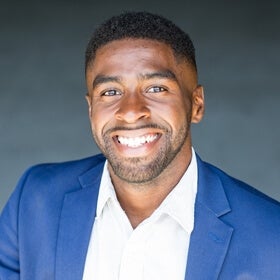 Kwasi Bowman is a first-year FEMBA student at UCLA Anderson and the Director of Account Management at Gavelytics, a Los Angeles-based legal technology startup, where he manages relationships at AmLaw 100 and Fortune 500 firms. Before his tenure at Gavelytics, Kwasi studied neuroscience at Johns Hopkins University and started his career at the Neuroleadership Institute, where he helped leading organizations leverage neuroscience insights in leadership development and diversity and inclusion initiatives.

As a first-generation, Afro-Latino and bisexual man, Kwasi is excited about the energy that EDI has garnered in the past few years and is eager to continue creating opportunities for underrepresented populations in the future. 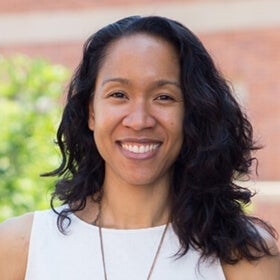 Heather Caruso is a faculty member and assistant dean at the UCLA Anderson School of Management, with a passion for helping people to grow, inspire and work effectively together. Fascinated by years of observing workplace dynamics as a Silicon Valley engineer and executive, Heather launched her career as an academic with an A.M. in social psychology and a Ph.D. in organizational behavior – social psychology, both at Harvard. Layering rigorous academic training on top of practical experience, Heather’s interests ultimately grounded themselves in leadership priorities: facilitating equity and inclusion; collaboration in diverse teams; managing identity, power and influence; and strategies for optimal choice, judgment and decision making. After pursuing these interests in over a decade of teaching, research administration and scholarship at the University of Chicago Booth School of Business, Heather moved to UCLA Anderson to enrich and expand her work. 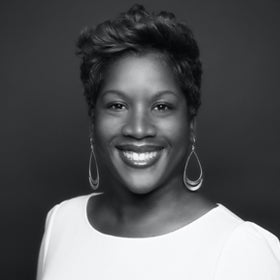 In 2020, Jan co-founded a Studio Marketing Center of Excellence called rePRESENT with the goal of cultivating and scaling world-class multicultural marketing competencies across the studio marketing team in order to reach moviegoers more effectively and develop diverse leaders and voices within The Walt Disney Studios. According to Jan, “The goal of this team is to benefit the entire studio marketing organization because at the core of rePRESENT are people who are committed to equality and representation.”

Before joining Disney in 2011, Jan worked on the Harry Potter Global Franchise Development team at Warner Bros., maximizing the breadth of the franchise across the studio's movie, television, interactive, digital and consumer products businesses, including the opening of the Wizarding World of Harry Potter. Prior to Warner Bros., Jan held positions at 20th Century Fox in publicity and promotional partnerships, and at MGM, where she worked on the first global Visa integration and placement of BMW for the James Bond film Tomorrow Never Dies. She also serves on the board of Kids in the Spotlight (KITS), a nonprofit organization that provides a platform for foster care youth to tell their stories through film.

Jan is driven by authentic representation, collaborative storytelling, creative excellence and executions that are dynamic and disruptive. 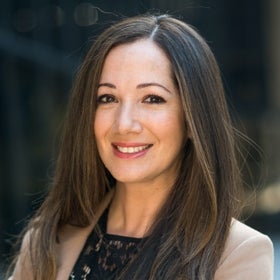 Adela Jamal is executive director of professional services and workforce of the future at Sony Pictures Entertainment (SPE) in Los Angeles. Prior to SPE, Adela worked with technology-focused consulting firms and startups in the San Francisco Bay Area. She is deeply passionate about helping women and underrepresented communities thrive and has been supporting SPE’s Diversity and Inclusion group for 6-plus years. (She was co-president of SPE's Women In Technology employee business resource group from 2018 to 2021.)

Adela has a B.S. in business administration from San Francisco State University and is currently a Massachusetts Institute of Technology (MIT) Sloan Fellows MBA candidate. 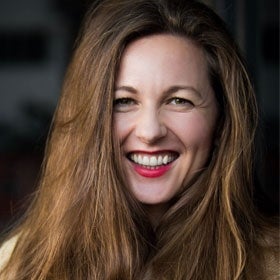 Radka Opalka is an entrepreneur who is currently a partner at a boutique real estate investment firm, where she specializes in strategic planning and building relationships. In addition, Radka draws upon her years of experience as an owner of a small retail business to provide women-owned retail businesses consulting services. She seeks to guide them through the challenges of operating a brick-and-mortar store in today's competitive environment.

Above all, Radka has a deep passion for mentoring young women and has over 20 years of such guidance experience. Her biggest joy is imparting counsel to young women as they are just entering their professional lives. It is her truest desire to see women feel confident, safe and supported as they make their way through life.

You can find Radka throwing punches in a boxing class, hosting themed dinner parties and dancing on the beach at sunset to silent disco. 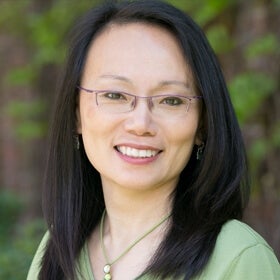 Judy Shen-Filerman is CEO of Dreambridge Partners, a cross-cultural leadership coaching firm focused on galvanizing the concepts of best self, belonging and collaboration to drive organizational innovation and productivity. Judy’s mission is to empower leaders of all backgrounds to be their best selves and catalyze organization leaders to create diverse, inclusive and equitable ecosystems where all employees can thrive.

Judy’s internal struggles with identity and belonging during her life phases as a child immigrant, student and executive, as she lived the “American Dream” have deeply informed the mission of her firm. Judy is passionate is to help “culture-crossers” (women, persons of color, first gen and global professionals) express their Best Self to achieve their highest potential. She also engages organizations to develop inclusive and equitable practices in its leaders, managers and the broader talent management system.

Judy’s impact is seen through her broad base of institutional clients, such as McKinsey, Biogen and Liberty Mutual. Judy is also a sought-after lecturer at leading business schools, including Wharton, the Tuck School of Business and Harvard Business School. Whether coaching executives on demanding growth trajectories or facilitating diversity, equity and inclusion discussions in corporate and higher-ed institutions, Judy brings her passion and authenticity to engage and empower others. She is impassioned to write about the intersection of leadership, identity and culture, and has been featured in numerous professional and national publications.

A Harvard College and Harvard Business School graduate, Judy passionately leverages her experiential knowledge as a successful cross-cultural leader to inspire individuals and galvanize organizations to achieve their dreams. She lives in the Boston area with her husband and two children. 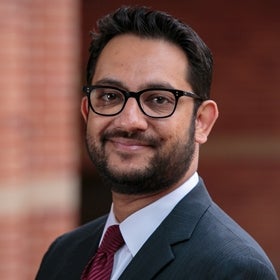 Gautam Sood (he/him), pronounced "Gotham," is a former criminal prosecutor and a 2020 graduate of the UCLA Anderson School of Management. Gautam currently is serving the Office of Equity, Diversity and Inclusion at Anderson as a postdoctoral researcher, with a focus on pedagogical tools that will most effectively convey, connect and apply prevailing behavioral science evidence to promote workplace behavioral change for greater EDI. 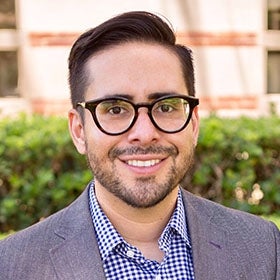 Miguel Unzueta is a professor of management and organizations and is currently serving as the senior associate dean of all of UCLA Anderson’s MBA programs. He joined the faculty at UCLA in 2006 after earning his Ph.D. in organizational behavior from the Stanford Graduate School of Business.

Unzueta studies the psychological underpinnings of bias and discrimination. His latest research explores the manner in which people and companies define diversity and the impact that contemporary diversity definitions have on the representation of women and racial minorities in organizations. His research has been published in top management and psychology journals.

Unzueta teaches courses on negotiations, managerial psychology and leadership in all of UCLA Anderson’s MBA programs. He is an award-winning teacher at UCLA and has been recognized by MBA blog Poets and Quants as one of the best business school professors in the country.

Outside of UCLA, Unzueta has conducted trainings on a wide range of management topics, including negotiations, decision making and bias prevention. He has been invited to speak at various organizations, including Honda, Fox Studios and the Oklahoma City Thunder basketball team. 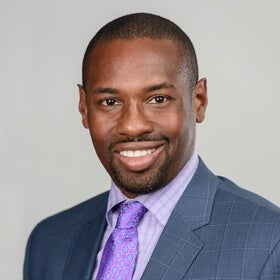 Jonathan Wilson is the President and Chief Value Creator for a small management consulting firm focused on delivering M&A, Strategy, and Operations solutions. For almost 20 years, Jonathan worked exclusively with Fortune 500 companies developing and executing both inorganic growth initiatives (M&A – acquisitions and divestitures) and organic growth initiatives to enhance profitability through increased revenue and/or realized cost savings. Over the past few years, Jonathan has pivoted to focused partnerships with organizations, where annual revenues are below $1B.

In addition to running his firm, Jonathan is the President of the UCLA Anderson Black Alumni (ABA) association and the Vice Chair of the Programs Committee for the Los Angeles Urban League.