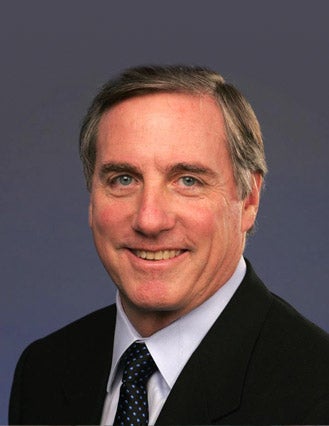 Adjunct Professor of Marketing
“Pay attention to classes in strategic planning and human resources. As you move up, these skills become more important than technical skills.”
bfarrell788@gmail.com
Areas of Expertise:
About

For more than 17 years, Brian Farrell (’78) led THQ Inc., a global digital entertainment company and developer and publisher of interactive entertainment experiences, as chairman and CEO. Under Farrell’s leadership, THQ grew its revenues from $19 million in 1994 to more than $1 billion by 2008, expanding its global footprint to sell and market its games in more than 75 countries, with offices throughout North America, Europe and Asia Pacific. THQ attained leadership in the popular mass-market gaming genres with some of the industry’s best-known franchises, including UFC, Disney-Pixar, Nickelodeon and World Wrestling Entertainment, as well as many internally developed intellectual properties, such as Saints Row, Red Faction and MX vs. ATV.

At UCLA Anderson, Farrell served as chairman of the Price Center for Entrepreneurship & Innovation and was the recipient of the 2010 Outstanding Alumni Service Award. He is a member of the UCLA Anderson Board of Advisors and chairs the finance committee.

Farrell holds a bachelor’s degree from Stanford University and an MBA from Anderson. He taught classes as an MBA student and for about 10 years subsequently, before being encouraged by Dean Judy Olian to teach a course in disruption at Anderson as a distinguished visitor. He became an adjunct professor in 2017.

After dreaming about owning a vineyard, Farrell can now be found overseeing the one he actually planted in the Templeton Gap AVA with his wife, as wine is one of their passions.