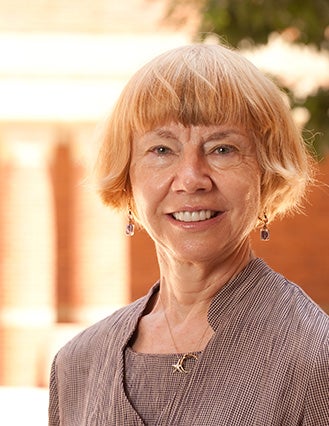 Continuing Lecturer of Accounting
“It is important to me that students understand that, while the law is often complex, it is also very reasonable. Once that is recognized, so much of what I teach is very straightforward.”
maria.boss@anderson.ucla.edu
(310) 206-8711
About

In addition to teaching at UCLA, Boss has been professor of business law since 1987 at California State University, Los Angeles, where she teaches courses in business ethics, government and society for the Management Department, as well as business law in the Finance, Law and Real Estate Department. She received the Cal State L.A. University Outstanding Professor Award and the Cal State L.A. Distinguished Woman Award. She has served as the chair of the Finance, Law and Real Estate Department.

Boss has always considered herself a teacher. "Prior to becoming an attorney, I was a high school and middle school English teacher," she says. "I was very happy when I had the opportunity to combine teaching and law."

Before joining the faculty at Cal State L.A., Boss practiced corporate transactional law in Los Angeles for 11 years and represented management in employment issues. One of her Title VII cases went to the U.S. Supreme Court, where she has been admitted to practice since 1980.

Boss has written articles for 12 publications and presented papers to more than 25 academic conferences. Her research interests have focused on corporate governance, insider trading, hedge fund regulation and employment discrimination. She served as a grader for the California Bar Exam.

She has served as a thesis advisor for students in the Cal State L.A. honors department, two of whom who are majoring in pre-law. She presented papers at the Pacific Southwest Academy of Legal Studies in Business in Palm Springs in 2015 and 2016. Two of her students completed a MGMT 199 (Directed Research) with Boss, which was presented at the annual conference of the Academy of Legal Studies in Business in Portland, Oregon in August 2018 and again in Montreal, Canada in August 2019.

"Misconduct Thrives in the Unregulated Hedge Fund Industry in the U.S.: Is a Rise in Insider Trading Inevitable?" (B. George and M.K. Boss), Academy of Legal Studies in Business Conference, Indianapolis, IN, August 2007.

"The Evolution of the Business Judgment Rule in Delaware and Elsewhere in the Years After Smith v. Van Gorkom;" Portland, Oregon, August 2018.