Russell Benaroya Pushes His Limits, in Business and on the Trail

“Doing one thing that takes people out of their normal experience can have a long-term impact on how they see the city, on the kind of attitude they have toward a certain neighborhood.”

Banham proclaimed that L.A. “makes nonsense of history and breaks all the rules. I love it beyond all reason.” In his ode to the City of Angels, the 1972 film Reyner Banham Loves Los Angeles, aerial shots of lightly trafficked on- and off-ramps suggest easy distances and trouble-free driving in a city now associated with some of the worst commutes on Earth.

Fast-forward to the “ third Los Angeles,” the one that of necessity will reinvent itself for 21st-century residents who don’t drive cars and want to live closer to where they work.

But it’s not a straightforward overlay, given the decades L.A. has had to disconnect neighborhoods from each other by rerouting our movements via freeways. 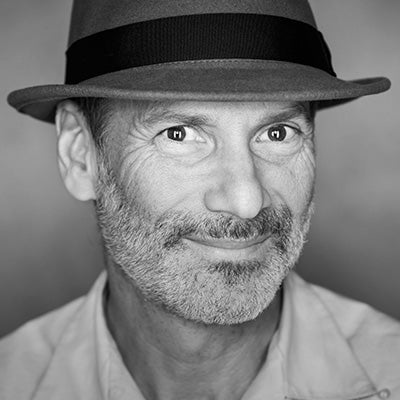 UCLA Anderson alumnus Aaron Paley (’85) has spent his career activating public spaces through programming, events and marketing that influence how people navigate the L.A. sprawl. The Van Nuys native studied architecture at UC Berkeley and completed his Anderson MBA with a concentration in nonprofit management. He co-founded the for-profit Community Arts Resources (CARS) to change the dynamics between people and the urban environment.

Echoing Banham, Paley says what’s so different about Los Angeles is that it doesn’t “read” to visitors like other cities. “My CARS partner Katie Bergin and I felt very strongly that L.A. needed to be treated as its own city with its own qualities, and needed to be responded to with models and templates and ideas specific to L.A. that weren’t just borrowed and then grafted on to Los Angeles.

“When we set up the firm in 1989, we chose a map of downtown Los Angeles as our logo,” Paley says. “We wanted to be iconic for Los Angeles, express pride in the city, not make excuses for it.” CARS is now 30 years old and produces some of L.A.’s most popular public cultural and arts events.

Perhaps the best-known is L.A.’s periodic CicLAvia, inaugurated in 2010. The previous year, Paley happened to meet UCLA Anderson Inspirational 100 alumnus Gil Penalosa (’84) in Guadalajara, Mexico, where Penalosa, the former parks commissioner of Bogotá, Colombia, was launching an open streets initiative. Paley returned to L.A. and took the reins of grassroots efforts already afoot to create a Bogotá-style open streets event that now occurs as many as six times per year in neighborhoods across the county.

With more than 25 installments of CicLAvia in the books, CARS has assisted in closing more than 100 miles of streets to car traffic in order to open them up to pedestrians, bicycles, skateboards, rollerblades and wheelchairs in neighborhoods from the San Fernando Valley to Pasadena, from Lynwood to San Pedro, and just about every place in between. Held in partnership with the City of Los Angeles and L.A. Metro and funded by public money, foundation grants and individual donors, CicLAvia has attracted more than a million people and become the biggest open streets event in the U.S.

CicLAvia statistics also show the benefits to business when cities reduce the number of parking spaces and make streets more walkable. UCLA-led studies indicate that even a one-day CicLAvia measurably reduces air pollution, changes people’s transportation habits and enhances businesses on the route. “What we’ve been able to show in the last nine years,” says Paley, “is that even producing an event that only happens periodically, we’re able to make an impact on people’s attitudes. Doing one thing that takes people out of their normal experience can have a long-term impact on how they see the city, on the kind of attitude they have toward a certain neighborhood. It can change the way they think about how they get around, how they think about the people they experience the event with.” 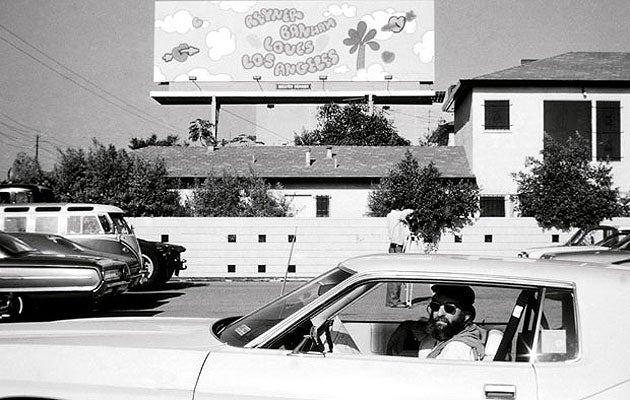 He says that other signature CARS events like GLOW on Santa Monica Beach and Little Tokyo Design Week have achieved the same thing. This is critical in L.A., where naysayers argue that it isn’t safe to walk or bike in certain neighborhoods or that distances are too great to traverse efficiently. And it’s true that from starting point to destination, expanses of bleak concrete and noisy traffic may lie in between.

But in the third L.A., Paley says, these stretches will become revitalized, just as the Arts District and swaths of Ventura Boulevard in Studio City have been. Paley believes that as we become familiar with neighborhoods we more often whiz through in a car, our city will get stitched together in ways that make it more navigable at street level.

In Reyner Banham Loves Los Angeles, Banham predicted a moment when passenger cars would be banned altogether from L.A. streets because of the ecological disaster created by pollution, and he optimistically imagined Angelenos’ switching quickly into pedestrian mode, or hopping on bicycles.

Whether or not a majority trades in four wheels for two, it’s clear there’s a new focus on alternatives to car travel, and bike valets are becoming a staple at public events, including the CARS-produced ArtSea pop-up beach party in Marina Del Rey — and Angelenos are responding.

As Paley says, “There was previously no vocabulary around the concept of ‘tactical interventions’ or benefit corporations. People are starting to understand our efforts as more than one-day events and seeing long-term advantages.”

As representatives of the public, private and nonprofit sectors, Nurit Katz (MBA/MPP ’08), Aaron Paley (’85) and Gil Penalosa (’84) are working toward the same sustainability goals for their cities. In the second of three stories about UCLA Anderson alumni who are putting business sense into healthy urban mobility, we profile Paley, whose Community Arts Resources enters into strategic partnerships with businesses, nonprofits, foundations and civic leaders to produce some of Los Angeles’ most iconic public cultural events.