Jacob Marash (’17) was still an undegraduate studying computer science at UC Irvine in 2008 when he became a vice president at Phoenix Audio Technologies, a company specializing in audio equipment for video conferencing. After graduating, the former Israeli Defense Forces first lieutenant became chief operating officer, running the company for the next half decade when its board encouraged him to earn his MBA as they groomed him to become CEO.

“At least once a month, you’re sitting in a room with other CEOs and they force you to ask yourself tough questions and give yourself tough answers.”

“They just wanted a more formal business background,” Marash says. He considered a few schools and decided to enroll in Anderson’s Executive MBA program. In addition to the education, what attracted Marash initially to the EMBA program was Anderson’s network. “The other advantage I would highlight is just gaining access to the other C-suite-level classmates in both big and small companies,” Marash says. Shortly after graduating, he became CEO of Phoenix and then, in April 2019, he founded Stem Audio. Stem is an offshoot of Phoenix that allows users to customize audio products and solutions for conference rooms and other types of spaces. In addition to founder, Marash is CEO of Stem. 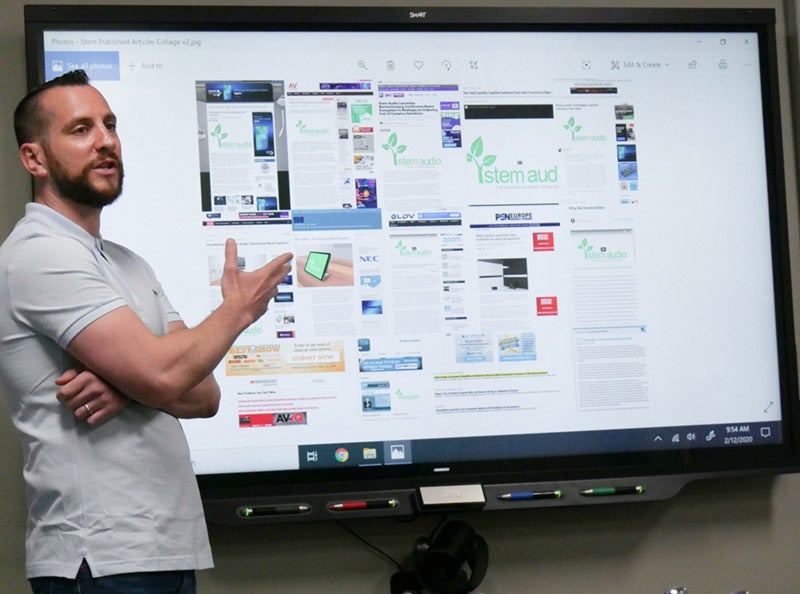 David Melnick (’96) is a vice president and general manager at Proofpoint, a cybersecurity firm based in Sunnyvale, California. Melnick joined Proofpoint after that company acquired Weblife (the company he founded and then served as CEO) in 2017 for $60 million. Early in his career, Melnick found himself at General Electric, where he says the management training was incredible but the dark suit and red tie he wore just didn’t suit him. “When I did a cartwheel at a monthly meeting it just wasn’t viewed as appropriate for that environment,” Melnick says. Drawn to UCLA Anderson’s entrepreneurial focus, he enrolled, earned his degree and has been an entrepreneur — at least in spirit — ever since, founding a number of companies, including Weblife, with stints at big companies, such as Deloitte, in between.

It Can Be Lonely at the Top

The side-by-side of Melnick and Marash’s LinkedIn pages reveals no direct connection apart from the fact that both attended Anderson and both served as company founders and CEOs. One thing they do share is the understanding that there is occasionally an isolation that comes with the CEO title, a lack of peers to turn to when advice or a shoulder to lean on is needed.

To reduce that isolation, both Melnick and Marash joined UCLA Anderson’s CEO Forum, an external peer advisory group that offers UCLA Anderson alumni who are CEOs, founders and/or business owners the opportunity to process the challenges facing their organizations. UCLA Anderson is one of just a few top MBA programs with similar programs. CEO Forum recognizes that these challenges are best understood by, and shared with, other CEOs. The group leverages the collective experience and knowledge of fellow business leaders from the alumni network to share and develop tactics, strategies and solutions specific to member organizations.

Members of CEO Forum participate in monthly half-day meetings with fellow members. Currently, there are five Forums — two in Los Angeles, two in San Francisco and one in Orange County. The first CEO Forums were organized by Kate Pletcher (’07), founder and CEO of Treehouse Partners; they are now overseen by Keri Kraft (’03), who joined Anderson’s Office of Alumni Relations in 2019 to manage CEO Forum. According to Kraft, each group has between eight and 14 members, though “10 to 12 is the sweet spot.” She says there are a few set requirements for admission to CEO Forum. Members must be CEOs of companies with a minimum of $500,000 in annual revenues, employ people and be growth-oriented.

In addition to the monthly meetings, which are facilitated by professional moderators (many of whom are themselves executive coaches), there is an annual retreat held each fall that brings together all of the CEO Forum groups for a weekend of reflection, learning and networking. The most recent retreat was held at the UCLA Lake Arrowhead Conference Center. 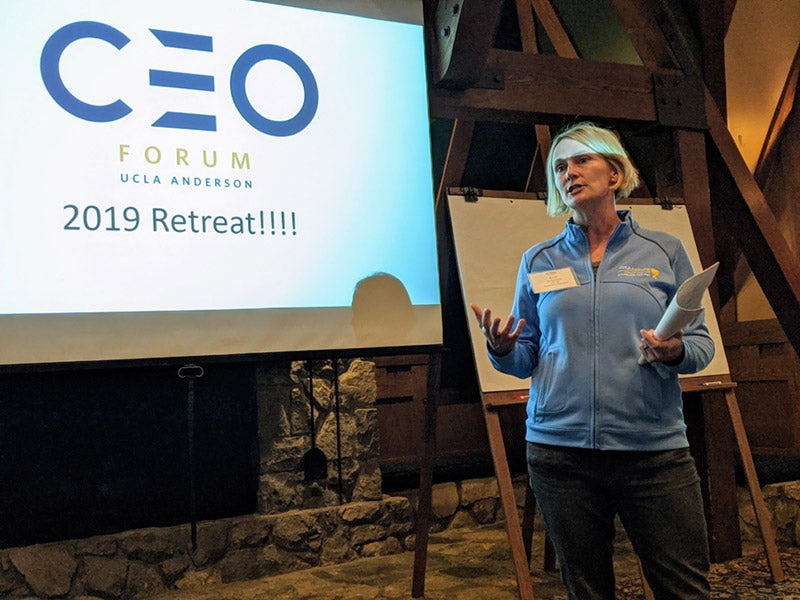 “No matter what’s going on in your company, you go to a (Forum) meeting and someone says, ’That happened to me a year ago and this is how I dealt with it.’ So, comfort in numbers,” says Marash. “The second thing I’d say I get out of CEO Forum is that it gives you access to resources. There are things that I have not figured out yet, and instead of having to learn them the hard way, I can learn from the experiences of my co-CEOs in the group, and vice versa.” Marash says that the shared resources go beyond intangibles like experience; they include sharing personal contacts like lawyers or software developers.

Because his company was acquired, Melnick is no longer a CEO and, therefore, not a member of any Forums. “I am still mentoring,” he says. “I am always an outreach call away and I am (still) connected to the group. Right now, while Proofpoint is a great company with the right strategy and a strong team, I am not sure what the future holds and I could find myself back (in a Forum) at some point.”

“Before CEO Forum I would go weeks, if not months, without really making time to close my door, sit down and think about the long term. It’s very difficult to do when you’re running a business,” Marash says. “CEO Forum forces you to do that (because) at least once a month, you’re sitting in a room with other CEOs and they force you to ask yourself tough questions and give yourself tough answers.” Marash and his group have actually formed “accountabiilty partner” subgroups that meet between meetings. “Accountabilty, that’s the major thing.”

Even though Melnick at this time is not an official member, he still harbors fond feelings for the value of CEO Forums.

“When you are the CEO, you can’t go to your team and say, ’Holy moly, I am afraid we are going to run out of money next week.’ You can’t express some of the deepest fears and problems and struggles to your team, because, like a captain of a ship, they want to look to you and see that you’ve got this,” says Melnick. “On a very basic level, the Forum (is) a space where you could be vulnerable. You could share a problem, a fear, a challenge, without your guard up like you have to have in your company.”