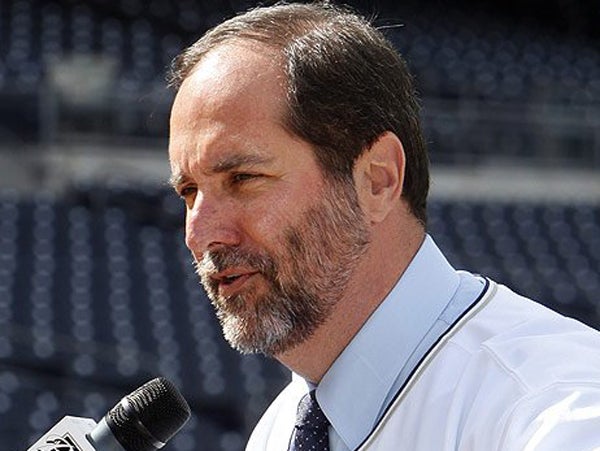 Jeff Moorad (B.A. ’78) chairs Morgan Lewis’ global sports industry initiative and is the founder and chairman of the Jeffrey S. Moorad Center for the Study of Sports Law at Villanova University School of Law, his graduate alma mater. A Bruin undergraduate, he serves on the board of UCLA Anderson’s Center for Management of Enterprise in Media, Entertainment & Sports (MEMES) and teaches the Business of Sports class, which is designed to enhance students’ national and international capacity to succeed in the global and highly complex marketing environment of the industry. He has been named to the annual list of the 100 Most Powerful People in Sports by the Sporting News on eight separate occasions.

Beginning with his years as a player agent, Jeff Moorad’s career as an executive in the sports industry is the stuff of legend. As co-principal of Steinberg & Moorad, he guided the firm into TV and radio talent representation, as well as a variety of sports technology ventures, publishing projects and community charitable initiatives. He served as CEO and minority owner of both the Arizona Diamondbacks and the San Diego Padres. He has been witness to multiple evolutions as leagues, teams and sports-related companies imbue every aspect of their organizations with the same management approaches non-sports businesses employ. He believes that now more than ever, the MBA degree prepares individuals for careers in the industry. Moorad’s Business of Sports course takes full advantage of his own experiences along with the insights of the various experts — many of whom are household names — he brings to class. 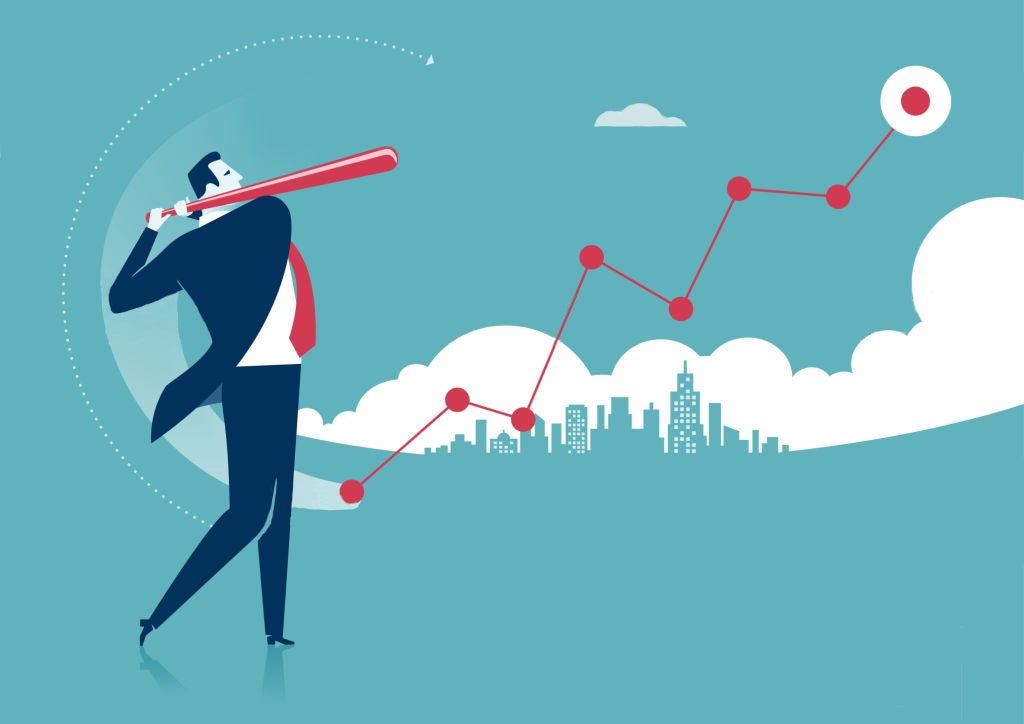 Q: How did the class come together?

I was approached by (then Dean) Judy Olian after we sold the San Diego Padres in 2012, to see if I’d be interested in teaching a course at Anderson. When she first pitched the idea, I laughed because I’d spent most of my career as a lawyer wishing I’d gone to business school. So, I jumped at it. Professor Sanjay Sood guided me in the early part of my tenure and, eventually, the training wheels went away and I was off to the races.

Q: In the parlance of academia, we refer to you as a “practitioner,” as opposed to “research faculty.” So, we’re wondering how you pull together the source materials for the course?

Look, it’s a very non-traditional course, focused on life experiences and practical experiences in the sports industry. I rely heavily on two TAs, who are typically sports business students, to help guide the class. They are a huge part of what I would call the more “traditional requirements” — from weekly presentations on cases to class participation to the preparation of the final project. 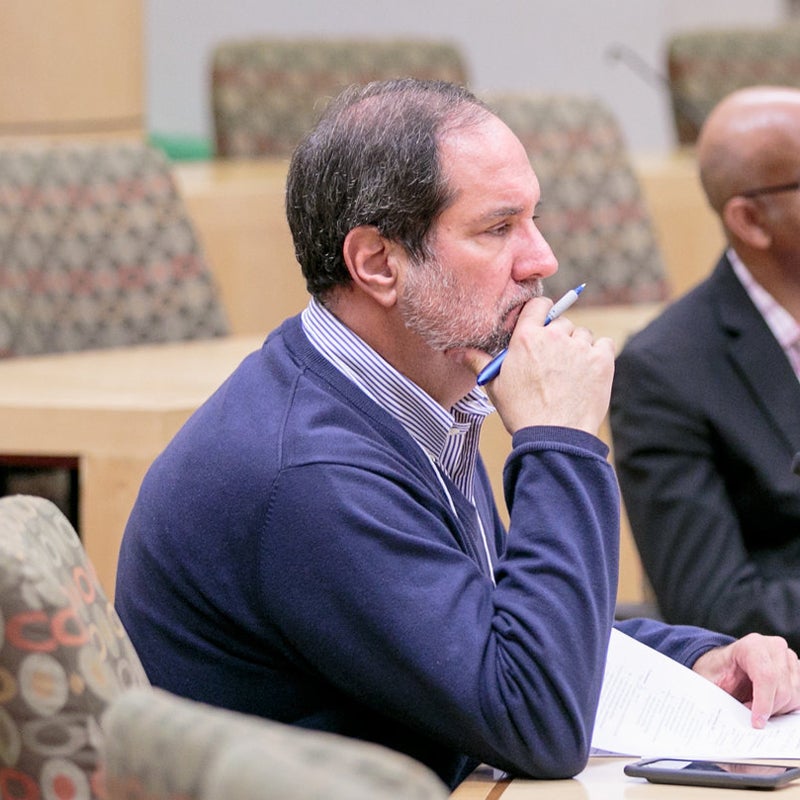 My focus is really on bringing three hours of energy to the class each week. One of the greatest compliments that I have received is that students will come to me at the end of the quarter, or even write to me after the fact and say, what I really enjoyed about your class is it was about life — it wasn’t what I expected. It was about how to live and succeed in life as opposed to just how to pursue a career in sports. It’s probably a function of me really leaving all semblance of pride at the door and coming into the class and sharing the highs and the lows of my own career.

Q: Who are some of the speakers who’ve visited the class over the years?

We’ve had some terrific guests, like baseball All Star-turned-broadcaster Alex Rodriguez, who’s done the class a couple times and is likely coming back this year. Mark King, the former president and CEO of TaylorMade, has spoken in the class all seven years. Mark is truly a pro at talking about business principles and the kinds of skills required to lead companies in sports and business. (Note: King is now president of Taco Bell.)

Larry Scott, the commissioner of the Pac-12; Steve Greenberg, who’s a principal at Allen and Company in New York and former deputy commissioner of Major League Baseball and a UCLA Law grad; Shawn Green and Eric Karros, former clients of mine who played for the Dodgers, they came to talk about their business careers after baseball.

Hip hop star Ice Cube and his partner, Jeff Kwatinetz, who co-founded the Big 3 Basketball League, came to talk about creating a basketball league. Needless to say, some jaws dropped when I introduced Cube, and I quickly made the point that I really wasn’t cool enough to call him “Cube.” I had to ask him what he preferred I call him.

Q: The landscape has changed over the years and now we see MBAs on both the business side and also the “sports” side of organizations. What skills are MBAs bringing to their organizations?

My own experience as the CEO of two different baseball clubs is helpful in answering the question. I had a rule of thumb that I really didn’t interview anybody unless they had a joint J.D./MBA. When I first went to the Diamondbacks to run the team, that was truly the closest thing I had ever had to a business school education. And as a result, my decision making was slower than it should have been.

Certainly, it was quicker in San Diego when I ran the Padres. We knew exactly what moves we needed to make and I made them swiftly and effectively. In Arizona, I was more inclined to wait and give people a second, sometimes a third, chance to impress. And the fact is, in retrospect, I was much too conservative in my approach. I frankly think I would have been better if I’d been more traditionally educated in business technique and strategic thinking. 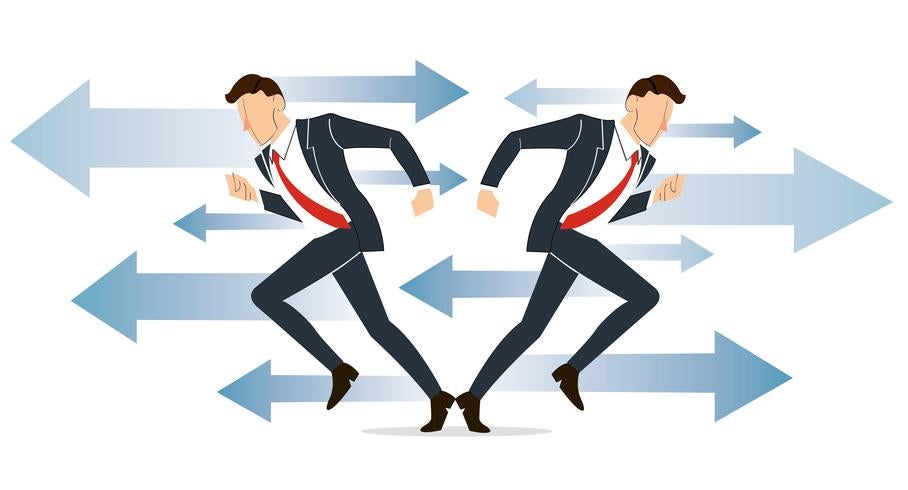 I tell the story about how we would always interview a J.D./MBA because I felt like that was someone who had spent the time focused on law school and business school, showing a dedication and commitment that I admired. It’s become a more sophisticated industry today, certainly than when I began my career 35 years ago, and it’s a more professionalized industry as well. There are MBAs that are working in baseball ops or in sports ops throughout the global sports industry.

(In the past), if you had an MBA, you could go work in finance or in other areas of sports business, but you’d never envision that you’d work on the sports op side. Today, I think an MBA is a terrific tool for crafting a career in the industry that doesn’t have to start in the mail room. An MBA can enter the industry in a more legitimate entry-level business ops position and can mature intro a young executive as they grow in the business and in the industry as a whole.

Q: The study of data analytics is a big deal at Anderson. How does that play out in your class?

Metrics and data analysis play a critical part in the sports industry today. I tell my students to focus on it. We talk extensively about data and how it’s used across the industry. Whether it’s the sports side or the business side, metrics and data analysis are huge parts of how you price your stadium, your sponsor inventory, how you create rate cards, how you price the seating in various sections, how you price your suites. How supply and demand is influenced by this data. How you manage your concessions and merchandise options in and around sports venues are also areas that data analysis plays a significant part in today, as opposed to years past. In short, the industry has become more sophisticated.

Q: What is the final project in your class?

Each year we choose a professional team and I offer the class as an R and D unit to do whatever project the team thinks makes sense. The first project we did years ago was for the Dodgers and they wanted to focus on how they should better market to the Hispanic community in Los Angeles. Stan Kasten, who’s the CEO of the Dodgers, his CFO, his head of marketing, as well as his head of social media all came to class to judge the final projects of the teams of students that presented. The second year, I taught the class we did a project for Liverpool FC, one of the most fascinating projects we’ve done. Tom Werner, who’s the chairman of Liverpool, came to the final class and helped judge the teams that presented.

We typically divide up the class in 10 student teams. They present their findings to a panel of judges, including folks from the club that we’re helping during the quarter. Over the years, we’ve done projects for the Clippers, the L.A. Galaxy and the Anahem Ducks. Last year, we did FC Barcelona and the president of FC Barcelona dialed in at 3:00 am (in Spain) to join three of his board members who were in the classroom.