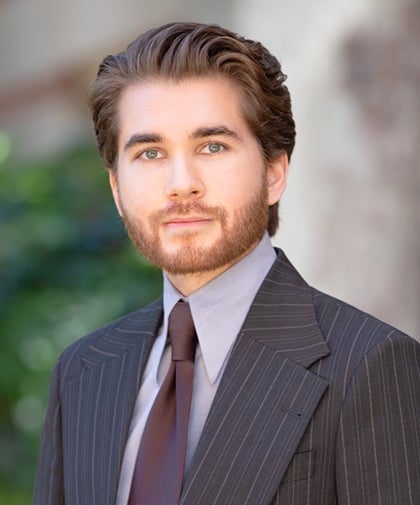 Assistant Professor of Global Economics and Management
“Human interaction is at the center of every economic relationship and every business transaction. And all human interactions are governed by both the spoken rules of institutions and the unspoken rules of culture.”
brian.wheaton@anderson.ucla.edu
https://www.anderson.ucla.edu/sites/default/files/document/2022-09/Wheaton_CV_latest.pdf
Areas of Expertise:
About

Wheaton’s most recent work focuses on the effects of laws on beliefs held by the public. He modeled his study using a dynamic difference-in-differences identification strategy, and his findings indicate that virtually every major U.S. social policy law — both liberal and conservative — of the past half-century has induced significant backlash. “Individuals move in the opposite direction of the law in an attempt to preserve the values that are important to them and are placed under threat by the law,” Wheaton says. “For instance, the state Equal Rights Amendments of the 1970s aimed to legislate gender equality. But I find robust evidence that ERA passage leads to a sharp backlash, particularly among men, who exhibit sharply more negative attitudes toward male/female equality. I also find that backlash is passed on to the next generation and it endures more strongly in ideologically homogeneous communities.”

Some of Wheaton’s other projects explore the effects of school corporal punishment on long-run cultural and economic outcomes, the role of motivated reasoning in political polarization and how it can be minimized, the macroeconomic effects of the Eastern European flat-tax reforms, and the implications of the minimum wage for monetary policy efficacy.

In 2021, Wheaton was a fellow at the Hoover Institution at Stanford University. He formally joined the UCLA Anderson School of Management faculty as an assistant professor in 2022.

Taxes, Incorporation, and Productivity (with Robert Barro), Tax Policy and the Economy, Vol. 34 (2022)

Secularization and the Tribulations of the American Working-Class
Current Version: August 2021

Difference-in-Differences with Spillovers: The Effects of Minimum Wage Increases on Prices in Other States (with Robert Minton)
Slides