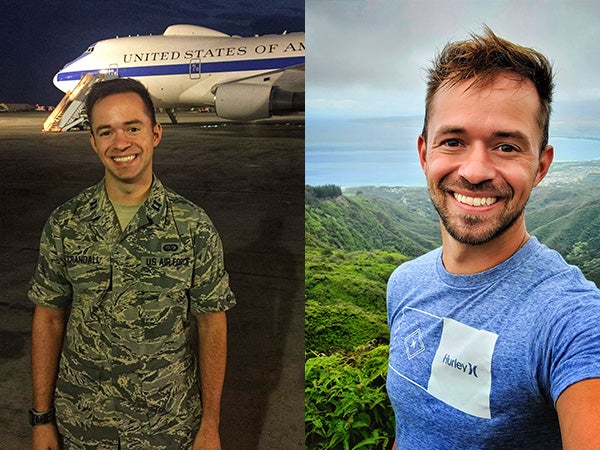 Retired U.S Air Force officer Alex Crandall (’24) didn’t start life in a military family. Avid about the arts and theater in his youth, he played piano and brass instruments and has, as he says, “dabbled in guitar, rock bands and music composition.” But when he received a military scholarship to attend Brigham Young University, he shifted his attention to subjects that might serve him in what he knew would be a meaningful way for the U.S. Armed Forces.

“The Air Force was prioritizing language-enabled airmen,” says Crandall, who initially majored in physics but soon switched to Mandarin. He spent time in Taiwan to immerse himself and accelerate his acquisition. “When it came to military careers, I had wanted to do something ‘business-y,’ as opposed to an operational role like most of my peers,” he says. “I ended up a jack-of-all-trades, supporting a lot of base services and HR functions. It seemed that I wouldn’t be leveraging those language skills at first, but when I approached my headquarters about my skill set, my second assignment was to the Defense Language Institute, where I finally was able to put it to use and contribute in a way that felt authentic to my personal goals.”

“I know having the right person to support you can make all the difference. So I requested to become a sexual assault response coordinator as an additional duty.”

The prestigious Defense Language Institute Foreign Language Center (DLIFLC) in Monterey, California, is a multi-service school for active-duty and reserve personnel, foreign military students and civilians working for the federal government and some law enforcement agencies. Crandall was appointed associate dean of one of DLIFLC’s Asian schools and, for roughly two years, applied his Mandarin expertise both in the classroom and on trips abroad. “One of the highlights of our academic program was sending our Chinese students to Taiwan for a month of immersion. It was a competitive opportunity, so only the top 30% of students were eligible to attend. They needed a faculty member to monitor their progress, as well as evaluate the strength of the class and cultural programming. I also contributed to the curriculum development. So, I would accompany the student cohorts, revisit my stomping grounds in Taipei and share the students’ learning experiences.”

While he was with DLIFLC, Crandall assumed another critical role: advocate for victims of military sexual assault. “DLIFLC is an intense academic environment,” he says. “Most students are coming directly out of their initial basic training into dorms with strict rules and regulations. They’ll wake up at 6:00 a.m. for formations and physical training, and then spend all day in class. Like a college campus, this environment is rife with instances of harassment, assault and generally not respecting consent.”

Crandall observes that the military’s rigid hierarchy and profound respect for authority can deter even the reported events from funneling to the right people; or, as he says, they “can get swept under the rug.”

Crandall’s assignment wasn’t an accident: “I have dealt with assault and harassment in my personal life, and I know having the right person to support you can make all the difference. So I requested to become a sexual assault response coordinator, or SARC, as an additional duty.”

He served in that position at DLIFLC, as well as in a deployed environment in southwest Asia. He found it rewarding to educate service members on the support systems in place, help socialize healthy sexual communication about consent and, crucially, provide support and services to survivors. “I had confidentiality privileges and, depending on whether or not the survivor would want an investigation, I could help facilitate things like getting their assignment or deployment changed to get away from an aggressor.”

“My goal is to have a career that feels rewarding, where I can look back and see that the work I did brought real joy to people.”

If mass media are any indication, stories of harassment in the military sometimes seem legion. Can we hope things are changing? “I think the Armed Forces have made some significant progress structurally by creating a system of reporting that is outside the chain of command,” says Crandall. “This reduces the risk of cover-ups. But there is a lot of work to do at a cultural level. I’m inspired by the younger generation and their vocal participation in promoting equity and transparency. They call out things like toxic masculinity and patriarchy that are usually at the root of these issues.”

Now that he’s separated from the military, Crandall is taking his much-needed EQ to the business world. “My seven years of service gave me a lot of management soft skills. My first job as a fresh grad had 70 airmen under my supervision, with four direct reports. So, as I separated, I tried to leverage that experience.” His participation in the Shift Military Fellows Program helped acquaint him with additional industry skills. “Tech consulting ended up being a perfect transition point for me, as the client projects were dynamic and time-bound, giving me breadth of knowledge quickly.” As a consultant, Crandall even put his foreign language skills to work when a hospitality client’s website was barricaded by a Chinese firewall.

“I started getting comfortable in those roles,” says Crandall. “But during the pandemic, I increasingly wanted to pivot to industries and roles that were more meaningful to me. I had felt disconnected from my musical passions in the military, as I rarely had an outlet or the bandwidth to focus on them. In the pandemic, I saw how everyone turned to movies and music and books for escape, for comfort or for community. And it felt like the time was right for me to focus on those, too, as nothing brings me joy quite like making something creative happen. 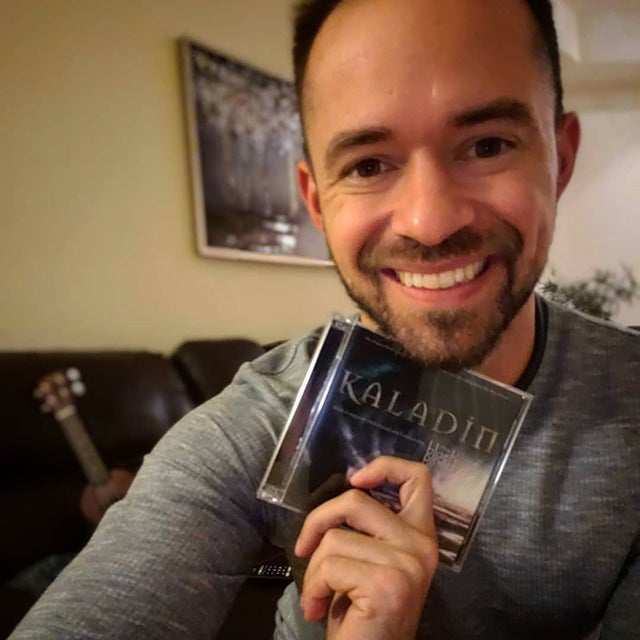 “I took the GMAT with the goal of applying specifically to UCLA Anderson with an entertainment and media management specialization,” says Crandall. “My goal is to have a career that feels rewarding, where I can look back and see that the work I did brought real joy to people.”

Which is what led Crandall to Fender Musical Instruments Corporation, where he is a digital marketing project manager. “My position at Fender has been a huge, refreshing step in the right direction,” says Crandall, whose own passion is fueled by a work environment where people are dedicated to spreading music to new and experienced artists. “I think that energy is contagious. I’ve already noticed I have spent more personal time on my own creative projects.”

One of Crandall’s recent creative endeavors was composing a song for a musical companion to the popular Stormlight Archives book series. “It was an officially licensed initiative by the author, and the Kickstarter fund raised over $115,000. We recorded with the City of Prague Philharmonic and issued a CD of the album named for Kaladin, a protagonist in the series.”

He hopes that the “symbiotic relationship” of a creative workplace will fuel more such collaborations. “Just as at Anderson,” he says, “where I’m looking forward to connecting with like-minded peers and opening up avenues that lead me to explore a content-creation career.”