Professor Paola Giuliano holds UCLA Anderson’s Justice Elwood Lui Endowed Term Chair in Management. Her main areas of research are culture and economics and political economy. In 2014, she published “Growing Up in a Recession” (with co-author Antonio Spilimbergo of the International Monetary Fund) in the Review of Economic Studies. That paper shed light on the impact tough economic times can have on the lifelong political views of those in their “impressionable years.” Given the current status of the U.S. and the world amid a recession brought on by the COVID-19 pandemic, we asked Giulano to speculate about the effects such conditions might have on political views going forward.
Share this article:

Up Close and Personal

Read the story
Q: What is the premise of your work regarding recessions and how they influence political attitudes?

In our work, we tried to understand the impact of severe recessions on an individual’s beliefs, attitudes and political behavior. There is a lot of anecdotal evidence that economic crisis can have a traumatic effect on people’s psychology and attitudes: The experience of the Great Depression had a large impact on people and helped forge the social beliefs and attitudes that sustained political systems for many years. The Grapes of Wrath and Of Mice and Men were both written during the Great Depression, and both illustrate how economic crises can have a traumatic effect on peoples’ psychology and attitudes. The last financial crisis has also left deep scars, which will affect the economy for many years to come.

We found that recessions alter permanently economic beliefs and political behavior, especially for people who experienced a recession between the ages of 18 to 25 — the so-called impressionable years — during which social psychologists think most of our social beliefs are formed. The effects are not so strong when recessions are experienced later in life.

We also found a similar pattern when we used data from the World Value Survey, covering 37 countries.

Q: Are there any specific qualities manifest in individuals who experience recessions during such formative years? 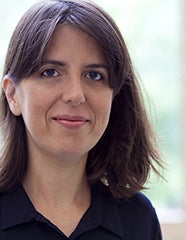 The importance of luck takes on greater significance, as does the role of the state and redistribution matters for the economy and also political behavior. In 1995, Thomas Piketty demonstrated that people who believe that luck plays a big role as a driver of success in life are more comfortable with higher taxes, a type of economic policy which is more supported by left-leaning candidates.

Q: What other factors play a role in forging these attitudes? Does gender matter? Do economic strata and education matter?

Q: For all intents and purposes, our country — along with the world — is experiencing an economic recession. With that in mind, what does your research suggest will be the impact on today’s younger generation?

The prediction from our study is that the current recession will form a generation that will want more state intervention, believe more in redistribution, accept higher taxes and vote for more left-leaning candidates.

Q: How will this recession impact the notion of “luck versus hard work”?

The recession should also make people believe that luck rather than hard work is the most important ingredient for success in life. If luck matters, these individuals will want to have the government taking care of the poor, and [will] also vote for higher taxes.

Q: The Great Recession began in late 2008. The current recession likely began in March 2020. For people who are about 25 or 27, this will be the second significant economic downturn of their lifetimes. Are you able to speculate on what this “double recession” might do to their political beliefs?

We found that the effect of growing up in a recession on political and economic beliefs is stronger for people between 18 and 25. We also find that the effect is more pronounced the deeper the recession is and the more long-lasting. If I had to speculate, if one person experienced two recessions during his or her impressionable years, the results on his or her political beliefs will be more pronounced.