The Art of Analytics 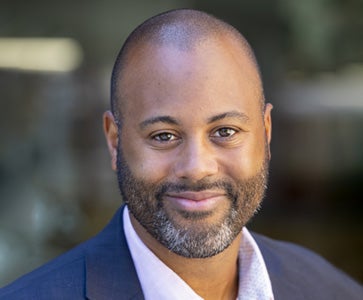 Phil Irvine (’09) is a marketing executive who manages direct-to-consumer programs that include management of marketing, operations and customer experience activities geared to driving efficient growth of e-commerce and streaming businesses. He is a frequent keynote speaker at digital marketing conferences, contributing thought leadership in the space. He served five years as UCLA Anderson Class of 2009 alumni president and, since 2013, has mentored underrepresented minority MBA students to help guide their career goals.

UCLA Anderson’s Health Care Technology Course Is “All About Disruption”

The rise of sophisticated online data collection and analytics tools has transformed digital marketing over the last decade, as businesses incorporate an array of demographic, preference and historical spending information to drive better-targeted, more efficient campaigns. That suits customer strategist Phil Irvine (’09) just fine. “My passion is in how data and analytics empower all facets of marketing,” Irvine says. “Most people think about the creative aspect, which is definitely a big piece. But more and more, data and analytics are being used to inform marketing planning and budgeting, as well as the marketing programs themselves, and I feel like that’s where I play into the space.”

As vice president of audience intelligence at the Santa Monica-based ad agency RPA, Irvine oversees a team that informs the media planning for a variety of brands — most notably American Honda, for which Irvine’s team provides audience strategy for hundreds of millions in spending on social media, search programmatic and customized TV advertising platforms. RPA handles both the creative messaging and media strategy for the ad campaigns of its clients, with an analytics practice that tracks performance against established goals and metrics. The role of Irvine’s team is to apply what’s been learned about various audiences to develop strategies for how and where to target them in the ads.

“More and more, data and analytics are being used to inform marketing planning and budgeting, as well as the marketing programs themselves, and I feel like that’s where I play into the space.”

For Honda, that means analyzing the mountains of digital and offline sales data about its target audiences. Beyond demographic factors such as age and income, what motivates a given group of potential buyers? Are they value-driven or price-point-oriented in their purchases? Are they interested in simulating racing, or is safety their priority? Are they seeking a certain look, or do family dynamics dictate a design geared to convenience? The intel collected around these and other questions is brought to RPA’s strategic planning teams to help them craft messages and themes for various advertising and promotions Honda and the other clients introduce.

“It’s an exciting time, in that many brands are starting to make the shift to become more audience-centric in how they approach marketing and advertising,” Irvine says. “Before they plan a media campaign, they want to understand what the customer wants, then adapt the messaging toward those motivations. Whereas, historically, many just thought about the benefits of the product they were selling, then highlighted those benefits and hoped people would buy.”

Irvine traces his interest in marketing to his time as an undergraduate at the University of Notre Dame, where he found there was a void in social activities geared to the campus’ minority population, leading him to become involved in party promotions. It was the early 2000s, a prehistoric era in the context of today’s marketing tools. “We would produce flyers, put together websites, send emails and use AOL Instant Messenger to promote our parties,” Irvine says, laughing. “But it was a fun experience with the concept of integrated marketing and what we would now call channel orchestration — how what you talk about over different channels might differ based on the means of communication.”

“I was connecting what I learned at Anderson about how a business operates, then tying the direct impact of marketing into driving revenue and sales.”

After graduating from Notre Dame, Irvine spent five years in technology project management, with side gigs as a personal trainer and in real estate investment. When he enrolled at UCLA Anderson in 2007, he lacked a clear post-MBA plan, knowing only that he wanted something different. More than five years removed from his foray into marketing at Notre Dame, Irvine still had the bug, but wasn’t sure it was the right match for his talents. “At the time, marketing was mostly perceived as a brand-management career path,” he says. “The idea of being the quarterback for all aspects of building a brand was appealing to me to an extent, but it seemed a little more on the creative side of where I thought I was.” At the time, he notes, digital marketing was barely a thing, much less an area of b-school focus.

But Irvine’s Anderson education provided him with the foundation he needed to make his most consequential career pivot shortly after graduation. After nearly two years in a strategy role at the credit data firm Experian, he moved to their marketing services division and account management, managing email and related digital marketing activities for clients that included Delta Airlines. “It was a great fit for me, because I was able to leverage my technical background but also take on the creative component — how data and audience segments fueled the creation of different types of emails,” Irvine says. “And in doing so, I was connecting what I learned at Anderson about how a business operates, then tying the direct impact of marketing into driving revenue and sales.”

“Anderson taught me to think in different ways, like exploring different options before making a decision and working with diverse groups of people from different schools of thought.”

Digital marketing was just beginning its ascent, allowing Irvine to enter on the ground floor. Over the next decade he would take on increasingly expansive roles — including a stint as director of customer relationship management and partnerships for The Bouqs Company, the e-commerce floral delivery startup co-founded by fellow alumnus John Tabis (’06), whom Irvine first met as an Anderson student while participating in the school’s annual Knapp Venture Competition. Meanwhile, the industry’s evolution played right into Irvine’s strengths. “In the past, there was more weight toward promoting to leadership the people who had creative, outside-the-box ideas,” Irvine says. “Now we’re seeing a shift, where people in leadership positions have an analytics- and data-driven mentality and a foundation to lead all facets of marketing and advertising.”

Irvine isn’t one who believes analytics should dictate every decision, creative input be damned. “A lot of people sit on one side of the fence or the other, but I see a lot of value in bringing the two together,” he says. He attributes that mindset to his UCLA Anderson education. “Anderson taught me to think in different ways than I had ever considered, like exploring different options before making a decision and working with diverse groups of people from different schools of thought,” Irvine says. “It was a great mix of developing technical skills, understanding basic business acumen and building soft skills, in the classroom and through networking and recruiting activities. All of that set me up for success in my post-MBA career.”