UCLA Anderson FEMBA alumna Ksenia Yudina (’14) may be the only finance expert in the U.S. cracking the 529 code for regular people

Are We Prepared for the Workplace of the Future?

When Ksenia Yudina (’14) realized she was more interested in the finance side of the mortgage brokerage she worked for than she was in the real estate side, she got herself an undergraduate degree in finance. From there, as her talents blossomed and she earned her CFA as well as her Anderson MBA, her career path seemed a natural climb up the corporate ladder at Capital Group Companies.

But instead, Yudina took a gamble on a new chapter.

“It was a pretty risky adventure,” she says. “It wasn’t an easy decision for me. ” 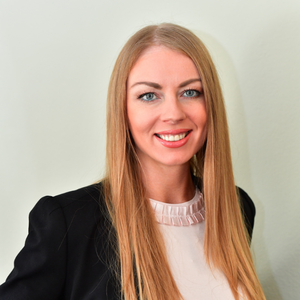 In 2017, Yudina gave up managing $1.2 billion in business for Capital Group ― where she rose to VP of American Funds in less than three years ― to found her own company. She says she felt a now-or-never compulsion to develop a business idea she knew could solve a problem.

U-Nest was born of Yudina’s daily witness to regular people’s struggle to save for their children’s college funds, including through the complicated application for 529 tax-advantaged college savings plans. She says that although 529s are hands-down the best means by which to pay for education, many Americans don’t even know they exist. And those who do tend to have the means to hire Capital Group or another financial adviser to walk them through the process. U-Nest focuses exclusively on setting up and managing “qualified tuition plans,” as 529s are known, in particular the investment accounts that fund the beneficiary’s future qualified higher education expenses.

“U-Nest is not a consumer product, it’s a financial adviser,” says Yudina, who registered her business as a financial institution. Through an app, users can open a 529 account in under five minutes, create a college savings plan for their children and enjoy tax benefits as the funds grow. There’s no broker commission, just a transparent fee schedule of $3 per month per account. “We researched what consumers would be willing to pay,” she says, “and determined a minimal monthly flat fee that’s affordable compared to a traditional financial adviser.”

“If I hadn’t seen this problem and thought I was the right person to solve it, I wouldn’t have founded a company. If I don’t try, I’ll regret it all my life.”

The research of which she speaks is one aspect of a vast constellation of considerations she “processed” through the UCLA Anderson Venture Accelerator, where U-Nest was incubated and launched. The Accelerator provides a six-month immersive experience with resources Yudina says made the crucial difference in launching U-Nest. She cites three main advantages of working in the Accelerator: education, networking and staff. “As a first-time founder, I learned from great speakers about legal considerations. Serial entrepreneurs opened up further networks. The staff prepared me for fundraising, coached me in pitching and helped raise my confidence.”

She says the biggest challenge so far is simply being a first-time founder. “When you start a business, no one really cares about your past career. The only thing that interests an investor is whether you’ve been able to build and sell a business before. When I see how easy it is for serial entrepreneurs, I realize it doesn’t depend on previous accomplishments in the corporate world, it all depends on whether you’ve previously built a startup.”

Yudina self-funded U-Nest’s initial $70,000. She secured $300,000 from an angel investor and will start her seed round in January 2019. “The first money is the hardest to get,” she says. “We made it happen on a lean budget in a short amount of time. Early adopters want to know you’re institutionally backed, that your product is completely safe. But when you’re brand new, you have to sell it based entirely on the idea. Angels and venture capitalists have very different risk appetites. VC firms are willing to wait longer for a company to show profit.”

Yudina sits on both sides of that trust relationship. As she works to persuade backers their investment is safe, so, too, must she earn the confidence of U-Nest customers. “We work with sensitive information,” she says. “We’re building trust as well as brand awareness.” Early in U-Nest’s lifecycle, Yudina tapped Google Ads, Facebook ads and social media to reach broader audiences, as well as to connect with influencers. 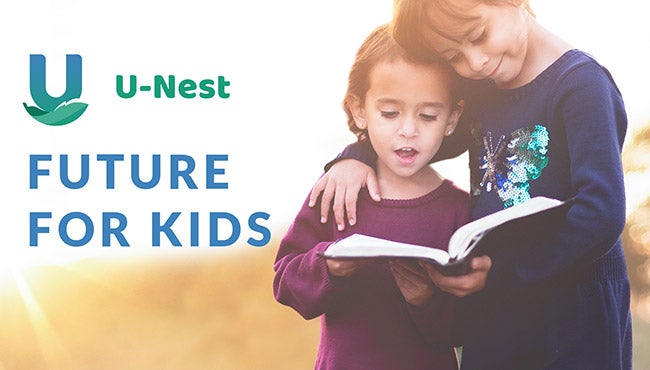 U-Nest’s team includes marketing director Nick George (’12) and branding and social media consultant Sonya Kidman, as well as hired collaborators like Distillery, the firm that developed the iOS U-Nest launched in October 2018 and beta-tested with family and Yudina’s UCLA Anderson cohort. Yudina wants to hire a UX designer and add a gifting feature to the platform. “We installed a voting mechanism to gauge whether people are willing to make gifts through the app, and it’s very popular,” Yudina says. She is anticipating the need for a dedicated customer support staffer with the next round of funding.

“I didn’t want to start a business for the sake of starting a business,” she says. “Our goal as a company is to raise awareness about 529 plans on a national scale. There are so many opportunities to make things more efficient for people. The way we invest now doesn’t look like it did five or six years ago. I definitely think the financial industry will be different in the future.

“I had an amazing work-life balance,” she says of her full-time employment, through which she provided her family’s medical insurance. But as hard as the pivot may have been, it was calculated: She made a spreadsheet of the pros and cons of leaving her stable career-track job. “Some of my colleagues said that starting a business had been their dream 15 years ago and they always regretted not trying.” The pros outnumbered the cons, but the few “what ifs” were daunting.

Still, having weathered the industry slump following the 2008 economic downturn, Yudina is sanguine about her marketability. “I’m still young (32), I have time to recover. I can go back to a corporate job — no one’s going to take away my credentials.”

As a parent with three kids, she identifies with people paralyzed by the prospect of education debt. “If I hadn’t seen this problem and thought I was the right person to solve it, I wouldn’t have founded a company. If I don’t try, I’ll regret it all my life.”