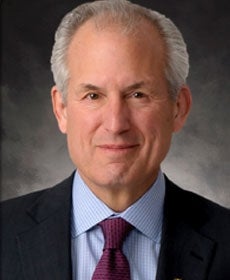 W. James (Jim) McNerney, Jr., joined Boeing as chairman, president and CEO on July 1, 2005. He served as president until December 2013, CEO until July 2015 and chairman until March 2016. During his tenure, the company recaptured the global lead in commercial airplane deliveries with steady increases in production and a comprehensive update of its product line; maintained a strong position in defense markets despite a downturn in U.S. military spending; restored Boeing's historic leadership in human spaceflight with major new program wins; and expanded its engineering and manufacturing footprint inside and outside the United States. Before Boeing, McNerney served as chairman of the board and CEO of 3M. He joined 3M in 2000 after 19 years at the General Electric Company. Prior to joining GE, McNerney worked at Procter & Gamble and McKinsey & Co. Inc.