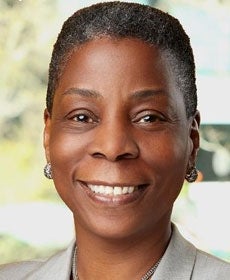 Ursula Burns is chairman and chief executive officer of Xerox Corporation. During her tenure, she has helped the company transform from a global leader in document technology to the world’s most diversified business services company serving enterprises and governments of all sizes.

Ursula joined Xerox as an intern in 1980. During her career she has held leadership posts spanning corporate services, manufacturing and product development. She was named president in 2007, chief executive officer in 2009 and chairman in 2010.

Shortly after being named CEO, she spearheaded the largest acquisition in Xerox history, the $6.4 billion purchase of Affiliated Computer Services. Today, Xerox is the leader in diversified business process services with its services business representing over 50 percent of the company’s total revenue. Its document technology business remains the market share leader in the industry and continues to grow in key areas, including graphic communications.

Ursula, who regularly appears on Fortune’s and Forbes’ list of the world’s most powerful women, is a board director of the American Express Corporation, Exxon Mobil Corporation and the Ford Foundation. In 2009, U.S. President Barack Obama appointed Ursula to help lead the White House national program on Science, Technology, Engineering and Math (STEM), and she was appointed chair of the President’s Export Council in 2015, after service as vice chair since 2010.

She also provides leadership counsel to several other community, educational and nonprofit organizations including the Massachusetts Institute of Technology, the U.S. Olympic Committee, the National Academy Foundation and FIRST (For Inspiration and Recognition of Science and Technology), among others.