These are attributes that shine through every facet of Ryan Tan’s impressively varied resume and career.

A leader in both the business world and the army reserves in his native Singapore, Tan is a student in UCLA Anderson’s dual Executive MBA program with the National University of Singapore. His outlook is deeply global, gained both from his undergraduate and graduate studies in the U.S. and his service in Afghanistan as a Singapore Army officer with a NATO-led coalition force.

When he was college age, Tan says, his family could not afford the steep cost of sending him overseas to study. But that didn't stop him from going.

Instead, he earned a Singaporean government scholarship that paid for college in the U.S., with the caveat that he return to spend the next six years in military and government service in Singapore. He made the most of his four years in the States, earning a bachelor’s degree in economics and government from Dartmouth College and a master’s degree in quantitative methods from Columbia. 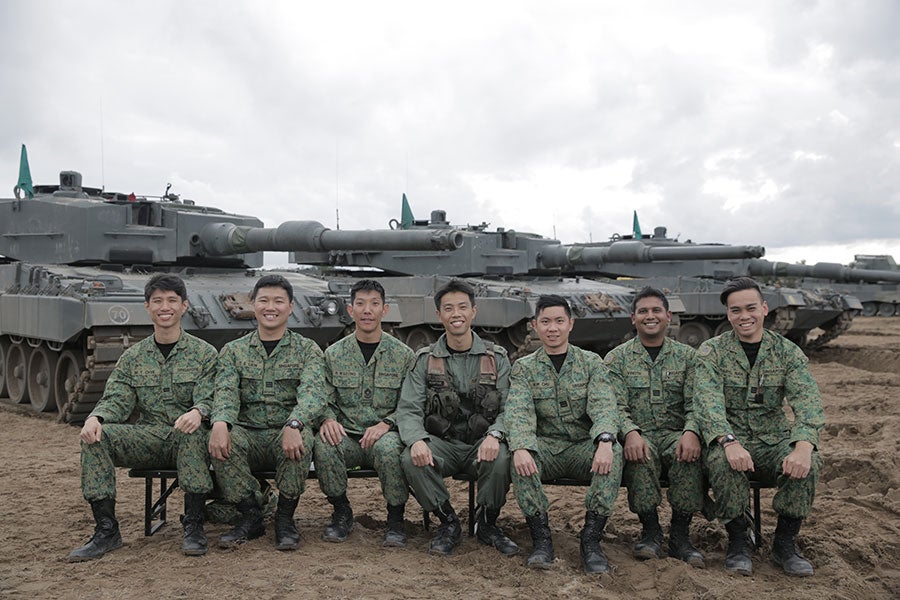 He credits his college years and his military service — which included graduating from the U.S. Army’s six-month Basic Officer Leader Course at Kentucky’s Fort Knox — with opening his eyes to a broader view.

“The United States is diverse in its population and its views, and my exposure endowed me with a global perspective,” he says. “Through my leadership roles in both military and corporate environments, I learned that it is critical to understand your counterparts and people first.”

He now heads mergers and acquisitions at StarHub Ltd., Singapore’s second largest info-communications company. He is also a lieutenant colonel and commander of an armored battalion in the Singapore Army reserves.

His military service also helped him to gain an understanding of the benefits of diversity to a team, and the important role empathy can play in leadership.

As a military leader, he has mentored and supported soldiers facing a range of predicaments, from financial hardships to unexpected additions to their families. As he moved up the ranks, he came to appreciate the different backgrounds of his men, which, in turn, helped him learn how to adapt and respond to various situations. 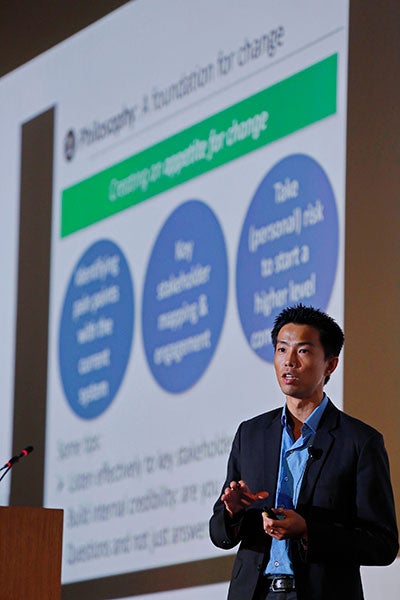 “Sometimes the best leadership is achieved not by imposing your views,” Tan says, “but by intently listening to the other side. Seek to understand first, rather than to be understood. You also need to exercise self-mastery as a leader by letting others take the credit for the execution. I’ve come to understand that the true beauty of leadership is in giving without expecting anything in return.”

In 2010, Tan was one of two Singaporean officers chosen to deploy to Kandahar, Afghanistan, as part of the NATO-led International Security Assistance Force (ISAF). He headed intelligence planning there, operating in a multinational coalition. “Despite differences of culture and opinion,” he says, “everybody banded together to support the objective of protecting troops on the ground.”

Along with his corporate M&A job, Tan serves on the audit committee of Dover Park Hospice in Singapore. “I hope my commercial experience and military leadership will benefit nonprofit organizations,” he says. “This is important to me, as it comes from a deep desire to contribute and pay it forward.”

Tan is a basketball fan, and when he read The Essential Wooden, he was struck by the fact that “there were simultaneously so many lessons that resounded with my experience, yet areas that I needed to improve in,” he says.

“John Wooden was a giant of leadership, and a true master of marshalling a diverse team together to achieve audacious goals. I hope that future generations of UCLA Anderson students will continue to reflect on and benefit from his wisdom.”