It might seem like quite a stretch to transition from corporate sales and marketing to boxing studios. Or from strategic consulting to high-intensity Pilates training.

Around the world, gyms, fitness clubs and yoga studios have bloomed, along with tech-based platforms (Peloton! FightCamp! Mirror!) that enable users to manage their workouts at home. These UCLA Anderson MBAs timed the market well, entering the fitness realm during a period of sustained growth. “The economy of physical activity has been growing rapidly in recent years,” says Katherine Johnston, senior research fellow with the Global Wellness Institute (GWI), a Miami-based nonprofit devoted to health and wellness education. 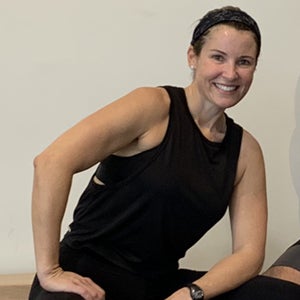 Alexander, 44, was born in San Diego and grew up about 30 miles north in Cardiff-by-the-Sea. She thrived academically while playing competitive soccer.  “In high school, I got voted most likely to be found in class,” she says.

Alexander’s parents — a dentist and a social worker — served as stellar role models on the fitness front. Alexander and her mother worked out to Jane Fonda aerobics videos; she and her father took long bike rides.

In the spring of Alexander’s junior year, her father died of a heart attack. Her maternal grandfather had been an amateur boxer. She sought solace in a boxing gym in downtown San Diego. “It was smelly and dirty and gross,” she recalls. There she met Jesse Valdez, who had won a bronze medal in boxing in the 1972 Olympics in Munich, Germany.

“I remember him showing me how to wrap my hands, put the gloves on and then jump rope to warm up,” she says. “He put me on the heavy bag, doing three minutes of work followed by a minute of rest. It was beyond exhausting.” It was also transformative, cathartic and stress-relieving.

Alexander majored in American studies at Stanford University and spent summers interning at law firms, figuring she would follow the path of many of her relatives and become an attorney. But a pre-law class her junior year proved tedious.

After graduation, she got a job at Sun Microsystems, where the hiring manager became a mentor and touted the benefits of business school. She followed Sun colleagues to a startup, but the tech bubble soon burst. She and her boyfriend (Gregg Alexander, now her husband) collected severance packages and traveled to Costa Rica, the Caribbean, Australia, Thailand and Hong Kong. Upon her return, she held sales and marketing jobs at companies such as Mattel, Sony and Demand Media. While working full time, she attended UCLA Anderson. 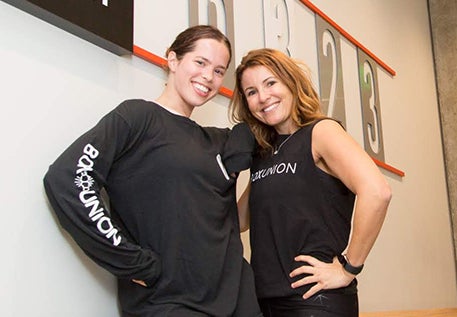 Alexander’s love of fitness led her husband, a serial entrepreneur, to start a mobile app to make it easier for her to book workouts. “We were all fitness enthusiasts, and our conversations would be around the fitness business,” she says of friends in Pacific Palisades, where she lives with Gregg and their son, Gavin. “I always wanted to do something in fitness. It was a slow-burning thing, and I had this deeply personal connection to boxing.”

Alexander realized that no one had figured out how to elevate boxing into something more accessible — bringing together mindfulness, body, music and boxing in one sleek environment. She and her business partner, Todd Wadler, a founding partner of Moelis & Company and a Palisades friend, spent time developing a concept.

At two studios, in Santa Monica and Los Angeles (with a third underway in Sherman Oaks), BoxUnion offers 45-minute classes that combine boxing techniques with high-intensity interval training. Workout rooms feature rows of bags, where boxers punch in unison under low lighting, to lively playlists devised by their coaches. “We box to the beat,” as the website says.

“My favorite thing about BoxUnion is how different it is from a traditional boxing class,” says Nancy Ton (B.A. ’20), a UCLA student who learned about the studios from sorority sisters. “It is very upbeat, and, though the teachers push you to work your hardest, they also understand that you have limits.”

While getting her MBA, Alexander learned about persistence and grit, traits that have served her well, especially as she dealt with construction delays and a flood in the Santa Monica studio the day before it was to open. Those qualities are helping her to punch above her weight in the business world. 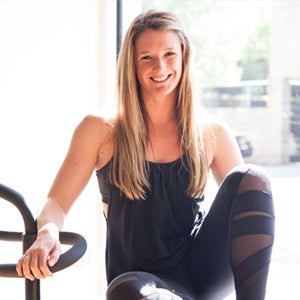 Slapnicka, 38, comes from a family that gets around.

When she started college at Georgetown University, Slapnicka thought she was heading for a career in medicine. It turns out that neither the subject nor the school suited her. She transferred to USC and majored in accounting. After graduation, she worked as an auditor in New York and enrolled at UCLA Anderson with the aim of becoming a strategic consultant.

While on the road as a consultant for financial services companies, Slapnicka realized that going for long runs, her usual way of staying fit, was not always the safest option. On one trip, she popped into a Pilates studio near her hotel. The fitness system, which German-born Joseph Pilates had developed in the 1920s to build core strength and muscle balance, complemented her running.

After a studio opened down the street from her house in San Francisco, she became such a regular that the instructors suggested she train to be a teacher. She began coaching on weekends.

Working 60 hours per week as a traveling consultant began to wear on her. She and her fiancé, Cameron Drummond (’10), whom she met at Anderson, decided to move to Austin, thinking: “Let’s do it. We’re smart.”

In 2013, they opened their first Pure Pilates studio in Austin, specializing in the Lagree Fitness Method, a sweat-inducing, core-strengthening workout that uses a spring-loaded machine called the Megaformer. Someone labeled the experience “Pilates on crack.” 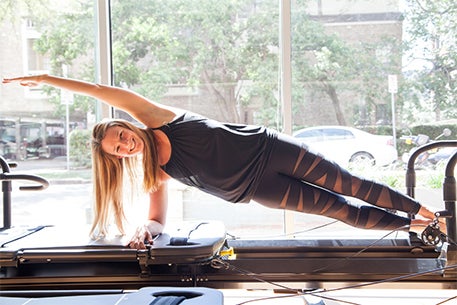 The first studio was small, which is less than ideal, given that the Megaformer machines are huge. The second and third studios, opened in 2014 and 2016, are more spacious.

Opening a studio is not for weaklings, especially for someone like Slapnicka, who never considered herself an entrepreneur. “The first couple of years, it was nonstop work,” she says. “It used to consume me.”

In November 2018, the couple added a challenge by moving to Nashville. With a good Austin team in place, they feel comfortable managing the studios remotely much of the time. Slapnicka is even getting the urge to dabble in something new but says she has no plans to leave the studios.

Anderson’s lessons in strategic and logical thinking, Slapnicka says, gave her “a very realistic picture of the business.”

“We are profitable,” Slapnicka says. “A lot of fitness businesses are not. At the end of the day, anybody can teach this. The only way we can survive … is to be unique.”