After a long career, the UCLA Anderson alumnus continues to give back as a Loeb Awards judge

Stephen West ('83), left, with colleagues from Variety at the Cannes Film Festival, 1995

Stephen West (’83) has worn many hats during his long journalism career. He wrote for the Village Voice, co-founded a magazine called Popular Psychology and worked as a writer and editor at the now-defunct Los Angeles Herald Examiner.

But it was only after he returned to school and earned his MBA at UCLA Anderson (then known as the UCLA Graduate School of Management) that his career as a business and entertainment journalist took off.

“I studied finance and marketing at UCLA,” he says. “Plan A was, I was going to become a securities analyst. But when our class graduated in 1983, we were going through the worst recession until the recent one. There were no job offers. It was brutal.”

“Journalism is a public good, particularly nowadays. It’s perhaps more necessary now than in the past.”

To pay the rent, West turned to Plan B: journalism. The Los Angeles Times hired him in the summer of 1984, and West came to realize that his UCLA degree gave him an edge in the newsroom. “I was a copy editor with an MBA,” he says. “Many business journalists were numbers-averse. I knew what a subordinated debenture was. I knew what [financier] Michael Milken was selling with his portfolio of junk bonds. I knew how to read a company earnings statement. I had the technical expertise to back up our reporters.”

Promoted to assistant business editor, West helmed the paper’s coverage of the media and financial services industries. He edited features in the mergers and acquisitions field, including Time Inc.’s purchase of Warner Communications and Matsushita Electric’s takeover of MCA/Universal Studios. The Time-Warner series garnered a Gerald Loeb Award. 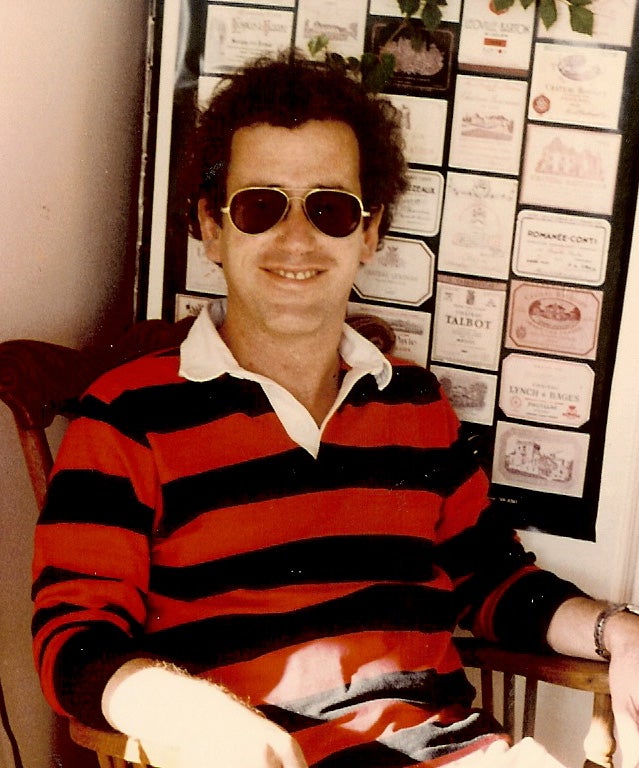 West, about 1983, while a student at the UCLA Graduate School of Management

“It was a great experience because the Times hired Marty Baron as the editor of the business section,” West says. “We kicked ass. We arguably had a better business section than the New York Times.

(Baron is now the executive editor of the Washington Post; his role in the Boston Globe’s coverage of the child molestation scandal involving the Catholic Church was immortalized in the film Spotlight, which won Best Picture at the 2016 Academy Awards.)

In 1991, West left the L.A. Times and the “nitty-gritty of daily journalism” to serve as executive editor of Daily Variety under mercurial boss Peter Bart. He oversaw the modernization of the media and entertainment publication as computers transformed the industry. Five years later, as the internet flexed its technology muscles, he moved to Bloomberg News in San Francisco when it was a small but growing media company with several hundred employees and less than 100,000 subscribers.

“That experience was different because the company operated on a different model than traditional newspapers and magazines,” he says. “It was a wire service, essentially. All the revenue came through the subscribers to Bloomberg Terminal services rather than ads.”

After a 20-year stint at Bloomberg News, West retired in 2017. Today, he stays active by writing occasionally about California arts and theater for a digital magazine called Cultural Weekly.

Since 1989, West has donated his time and expertise by serving on the Gerald Loeb Awards’ preliminary judging panel. Judging the voluminous number of entries is a time-consuming commitment, he acknowledged, but “it’s important to offer recognition for people who work hard at what they do.” Stories that are judged finalists generally follow several basic criteria: they are “well-written, well-organized and deeply reported, and offer real insight into stories and events that are complicated,” he says.

With 30 years of judging experience, West sees the Loeb Awards as a bellwether for the most significant business issues of our times. “In 2008–09, it was stories about the economic meltdown,” he says. “Another year, it’s about Wall Street or the bitcoin. This year it’s Trump-related stories, China and the trade war.” 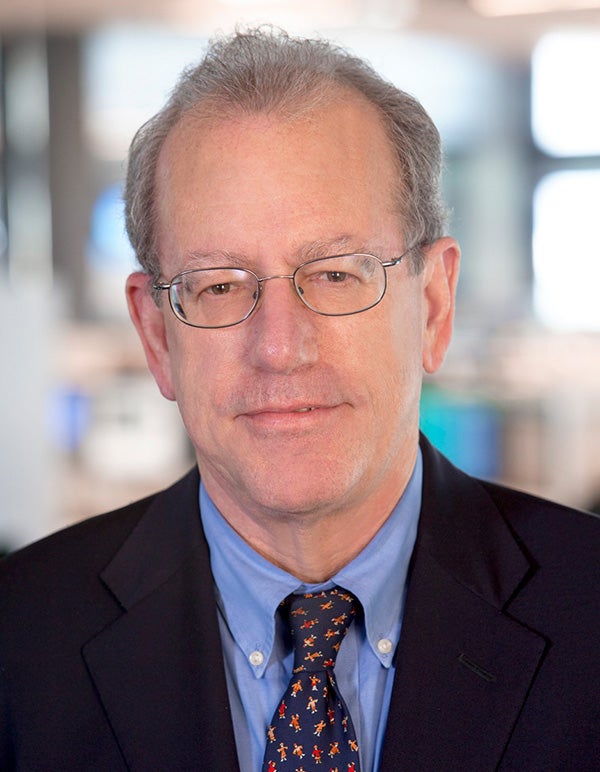 Earlier in 2019, West organized and moderated a panel discussion at UCLA Anderson titled The New Hollywood: Does Bigger Mean Better? Presented by the Gerald Loeb Awards, it featured West and journalists from such publications as the Wall Street Journal and Vanity Fair discussing Disney’s purchase of Fox, which reduced the number of major studios to five from six for the first time in almost 100 years. Other topics included AT&T’s purchase of Time Warner (including Warner Bros. and HBO) and whether the two very different corporate cultures will be able to coexist; and the influence of newcomers Netflix, Amazon and Apple as they finance more productions and create jobs for talent, directors and producers.

“There’s this amazing restructuring going on in Hollywood today,” West says, “and we thought it would be enlightening to have several business and entertainment journalists weigh in on how this will all pan out. We hope to do more of these in the future.”

West has witnessed the business of journalism ― once dominated by daily newspapers and magazines flush with advertising revenue ― devolve into “clickbait” and algorithms amid crumbling market dynamics. But he remains optimistic that high-quality news-gathering and storytelling remain vital tools in a democratic society. He recalled an expose that he edited about an investment banker who also served on the L.A. Harbor Commission and used his position in government to invite shipping executives to his office at the port and pitch them investments connected to his bank. The day after the Times published the exposé, the commissioner resigned his post.

It’s the type of story that would have made Gerald Loeb proud. “The best stories make a difference in the real world,” West says. “They change laws or force a company to change their policy. Journalism is a public good, particularly nowadays. It’s perhaps more necessary now than in the past.”