At Chipotle, You Are What You Eat

Reentering the workforce after a long absence can be daunting, and Kristine Pearce (’10) knows that well. Shortly after her graduation from UCLA Anderson, Pearce gave birth and quit her job to raise her daughter. During her break from full-time work, she found an opportunity for both her husband and her to temporarily relocate and work in Manila, where they spent the next six years.

“We were very lucky,” Pearce says. “My husband had a great opportunity to work for a multinational company while I worked for our family’s logistics and warehousing business. I had the opportunity to wear many different hats, leading IT and business transformation initiatives, and to double our company’s revenue while having the flexibility and support to raise my daughter.”

“Before Career Re-Launch, I would only look at a job if it was an exact fit. I realized I was eliminating myself from a lot of opportunities by not even trying at all.”

Despite her experience, Pearce found it tough moving back to the U.S. in 2017. She realized that the employment landscape had changed. Without the support of family nearby, she needed to figure out how to have a fulfilling career and find work-life balance.

“It was important that I make decisions that are not only best for me, but for my daughter — to be there as she adjusted to a new home, school and friends,” Pearce says of the family’s move back to the U.S. Anderson’s Career Re-Launch program was the perfect fit, she says: “It provided me the opportunity to think about and explore a new career path, and gave me the confidence to take on new challenges.”

Among the support mechanisms Pearce found helpful were the program’s kick-off at Anderson’s annual Velocity Women’s Leadership Summit in 2018, the Birkman personality assessment and coaching sessions for all Re-Launch participants, monthly webinars, free access to LinkedIn Premium and small group discussions with other Re-Launchers.

“Having a community of other Anderson alumnae Re-Launchers was a life saver,” she says. “They were there when I was going through family and medical challenges and while I was looking for a job. Just knowing that you are not alone in this and have other women you can lean on in times of need was what got me through it all.” 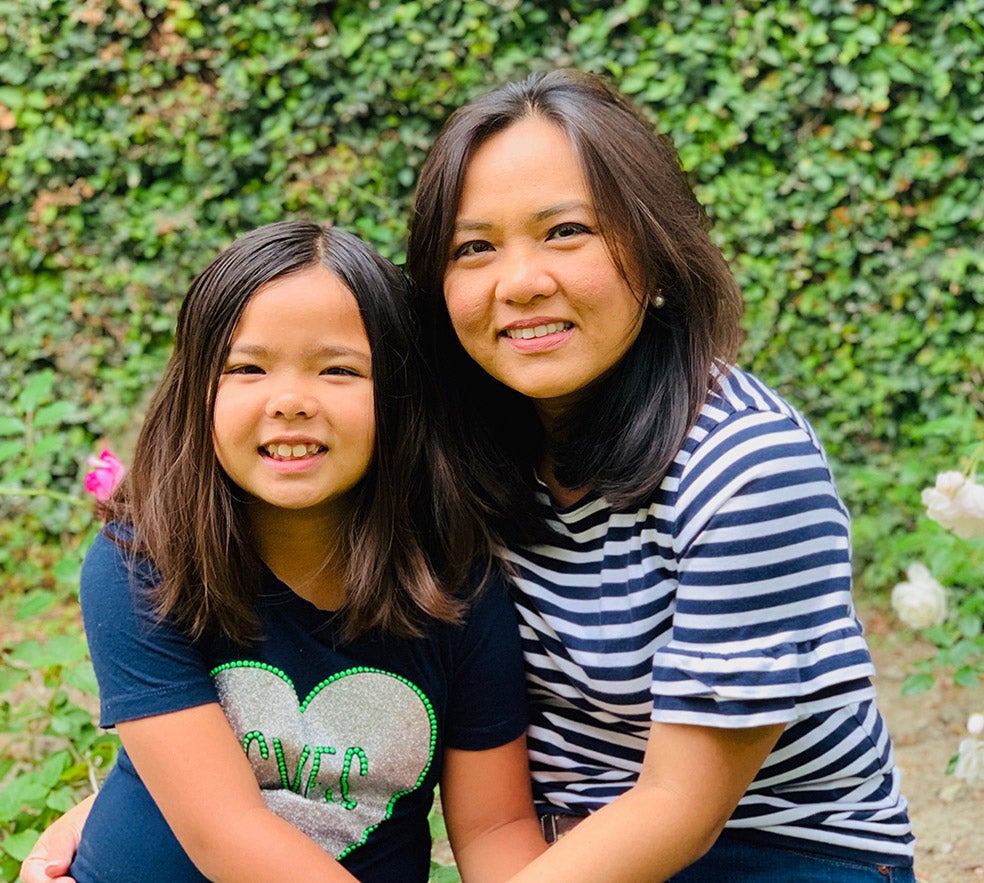 “David and Jill Baldauf (B.A .’79, ’81; associate dean of alumni relations) were personally invested and really wanted to help us,” she says. “They believed that we could go out there and do this, which was so empowering. With UCLA and Anderson, I felt I had gotten a new family who gave me the confidence to take chances, knowing that even if I fail first, that was OK!”

Perhaps her biggest takeaway came from one of the professors, who pointed out a key difference between male and female job seekers: Men apply for a job even when they meet just 60 percent of the qualifications, but women apply only when they meet all of them. As one Forbes article stated, “Women don’t feel confident until they’ve checked off each item on the list.” The advice: Women need to have more faith in themselves.

“Before Career Re-Launch, I would only look at a job if it was an exact fit,” she says. “I realized I was eliminating myself from a lot of opportunities by having a very narrow focus and not even trying at all. The program gave me the courage to take risks and apply for positions that I really wanted even if I don’t check all the boxes. It also provided practical instructions on how best to lead an interview with one’s accomplishments, which helped me to position myself for a particular role.

“I wanted to apply to Amazon Web Services, and I have IT systems implementation experience but no direct experience with AWS or cloud infrastructure services. I was able to convey the technology and business challenges that I had to overcome to turn around my family’s business and that went a long way. I also took the initiative and learned about AWS and passed the certification for AWS Cloud Practitioner before the interview. AWS looks for people who understand and can act on its leadership principles, people who can grow with a company that is growing fast and changing. They don’t just hire for the role; they hire you as a fit for the company and its culture,” Pearce says. Needless to say, she landed the position.

“We can all make a difference if we are not so afraid to risk and fail first.”

“Our technology is evolving at such a rapid pace that I learn something new every day,” she says. “It’s exciting to work for a company that encourages you to learn new things and challenge yourself beyond anything you’ve done before. Even though it is such a large organization, it still feels like Day 1. I get to mentor new hires and help large enterprise customers innovate with AWS. Plus, my daughter thinks I’m super cool because I work with my customer and help them implement new technologies, such as Alexa, into their devices!”

Pearce returned to help in the Career Re-Launch program as a panelist in 2019, reminding others of the importance of exploring what motivates you, leveraging past experiences and being able to illustrate the benefits that those skills might bring to any company of interest.

Beyond the Career Re-Launch program, she is continuing to mentor and help other women who are looking to go back to the workforce, including leading a pilot of the AWS Returner’s Program in the U.S. “We can all make a difference if we are not so afraid to risk and fail first,” she says.