In Diversity, a Unified Force

With one childhood ambition accomplished, U.S. Air Force intelligence officer Diana Perez (’20) is on a mission to fulfill the next one

Left to right: Diana Perez pictured with a miniature satellite prototype while training in military space at the Air Force Academy in Colorado; with members of her unit at the Al Deid Air Base, Qatar, as part of the Intelligence, Surveillance, and Reconnaissance Division; with food drop packages going to Yazidi people on Mount Sinjar after ISIS captured large swaths of northern Iraq.

A Latina in Business School: On Being the Bridge

As a child, I spent more time watching TV and movies than I probably should have. But I knew from a young age that I wanted to work in the entertainment industry.

I also knew that I wanted to serve in the military.

What do these have to do with each other? For one thing, the diversity of the Star Wars Rebel Alliance’s vast military resonated with me, especially in contrast to the Galactic Empire’s rigid homogeneity. The Rebel Alliance not only had different ways of fighting the Empire, but different species of troops throughout the galaxy. Juxtapose the Alliance’s Wookiees, Ewoks and Mirialans to the Galactic Empire’s all-white, faceless and often hapless storm troopers, and the power of diversity is notable.

I was the first in my family to graduate college and the first to go into the military. I studied journalism at the University of Georgia in my home state. Thanks to my alma mater’s ROTC program, I got my chance to go directly into active duty in the U.S. Air Force.

“Most of the time, I felt more out of place for being one of the few women in a leadership position than for being LGBTQ.”

That week in mid-December 2010, before I commissioned and graduated college, was stressful, to say the least. My mom had invited everyone in my large Hispanic family to my graduation and commissioning, and, of course, to the party that followed. But as I was signing official papers to join the armed forces — including one that explicitly laid out the terms of repealing Don’t Ask, Don’t Tell (DADT), the official U.S. policy on military service among gays, bisexuals and lesbians — I was hearing bad rumors that no one would be allowed to enter service until the DADT issue was resolved.

As a lesbian about to officially join the Air Force, I wanted nothing more than for the policy to be repealed. While President Obama had made it clear that he wanted to repeal DADT, he needed Congress to pass the legislation for it.

Aside from the handful of people who held preconceived notions of the LGBTQ community, the overwhelming majority of my comrades accepted me for who I was. I served in locations worldwide over my seven years of service, and, most of the time, I felt more out of place for being one of the few women in a leadership position than for being LGBTQ. While the gender gap definitely still exists in the military, like in most professions, it is improving, especially now that women can perform in combat positions. 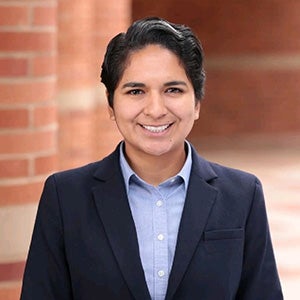 As a whole, the ethnic and racial diversity of the U.S. military is representative of the U.S. population, though there is more work to be done if we want the officer ranks to reflect our country’s increasing diversity. During my time in the Air Force, I served with people from all 50 states. I was stationed in Texas, the UK, Qatar and L.A. and completed short duty assignments in many other places. Some people I met were, like me, born in other countries. I also met some who, like me, came from lower socio-economic backgrounds — and others whose fathers and grandfathers had been colonels. One of the best sergeants I had the pleasure of working with was a staunch atheist who attended Sunday services in support of his British wife and kids. Finally, at my last assignment, here at Los Angeles Air Force Base, I saw a Mormon lieutenant get promoted by a Christian LGBTQ major.

The U.S. military is not the largest in the world, but it is easily the most powerful. The quality of U.S. troops is second to none. The strength of our military lies in its people. And the people who serve in the U.S. military are diverse. And so there is strength in that diversity.

To my great delight, the day after I commissioned, the U.S. Senate repealed DADT. It would take another 10 months for the repeal to be implemented. Finally, on September 20, 2011, DADT was officially part of the history books.

Although I am officially out of the Air Force, my desire to serve and make an impact is still strong. I plan to take that with me as I pivot into the entertainment industry. The people I met in the military who pushed me to become a better person and leader are simply unforgettable. I can only hope that, as I fulfill my other childhood career ambition, I’ll meet and work with the same diversity of people and perspectives.

I think the Force might just be with me on that one.